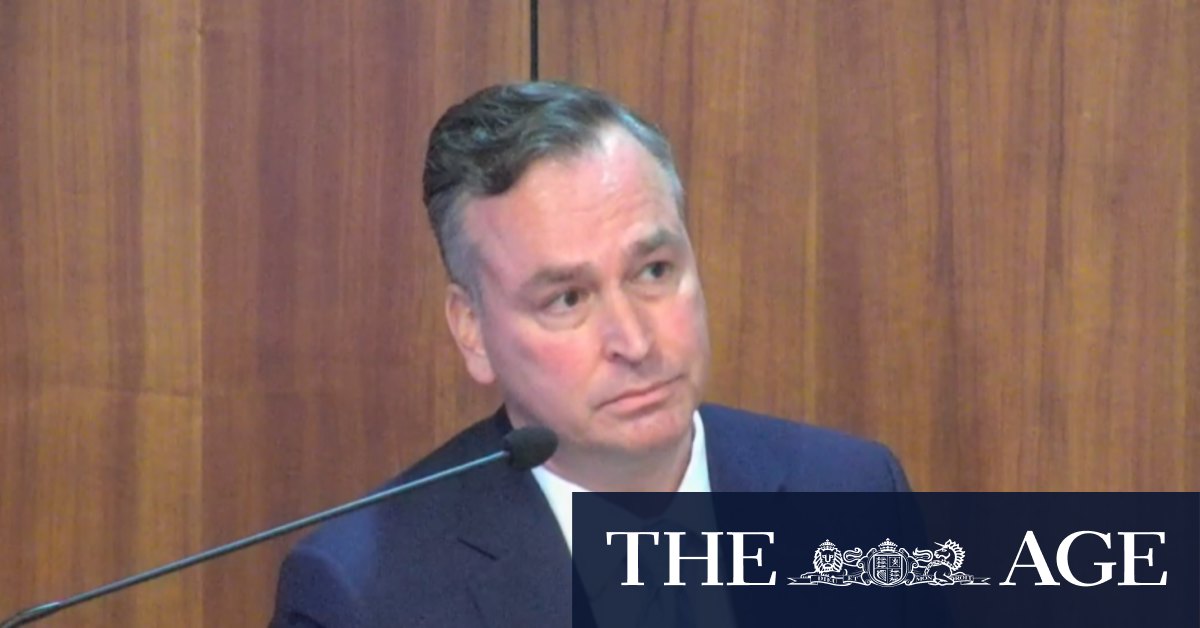 “I struggle to reach an alternative conclusion,” Mr Blackburn responded.

The inquiry examined a memo from Crown senior legal counsel Robert Meade that outlined his concerns the payment process was “clearly designed” to get around Chinese laws limiting the movement of money out of the country.

Crown also did not report large transactions to the financial crimes watchdog AUSTRAC as it would have to for bank transfers, and it prevented banks from reporting suspicious transactions because it masked gambling payments as hotel payments.

Mr Blackburn agreed with those concerns. Deloitte was now analysing all transactions to determine whether the total amount was greater than $160 million and was searching for indications of money laundering which Crown would have to report to AUSTRAC, Mr Blackburn said.

“I suspect there will be,” he said. “But reporting them seven years later…is not terribly helpful”.

Mr Blackburn said Crown’s VIP team previously promoted the credit card facility to Chinese visitors as a way to get money out of the country. He assumed the practice stopped in 2016 after 19 Crown staff were arrested in China.

The inquiry heard on Monday that Crown knew the credit card payments were probably illegal and formulated arguments it could use to defend itself if it was caught by the Victorian gaming regulator.

Mr Blackburn said it was clear Crown had an unhealthy attitude towards financial crime and legal compliance.

However, there had been significant change over the past year and a half, he said, and he had not encountered any cultural issues during his four months with the company.