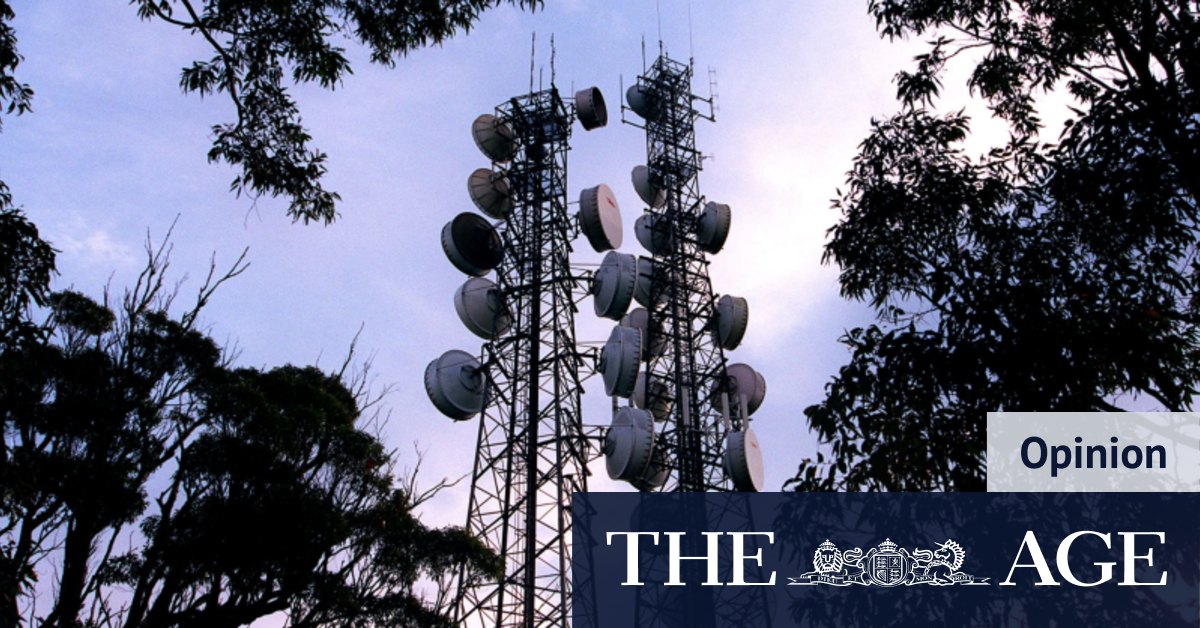 The success of the mobile tower sell-down ought to embolden Penn and his board.

The demonstrated value of its infrastructure, highlighted by the price paid for the stake in its towers, and the proposed structural changes ought to provoke some reassessment of the telco’s own “sum of the parts” value.

The tower sale shows the ‘moment in time’ opportunity Telstra has been presented with.

But the tower sale also shows the “moment in time” opportunity Telstra has been presented with.

In the current ultra-low interest rate environment and amid the uncertainty surrounding the future value of assets – shares, bonds, property – traded and priced in securities markets, there might be no better time to cash out assets that deliver long-term and inflation-protected cash flows.

Telstra is an asset-intensive and capital-intensive business, but most of those assets are there to support its customer-facing retail and commercial sales functions. Some, like InfraCo Fixed, have been rendered strategically redundant by the construction of the National Broadband Network.

The corporate restructure will separate the capital-intensive assets in its networks from its customer-facing operations and in the process create a number of options for Penn and his board to contemplate.

If the starting point is that Telstra’s future core will be its customer-facing elements and its wireless businesses in particular, the interesting question is what the company does with the rest — and most capital-intensive elements — of its asset base.

Telstra International, with its vast collection of cables and data centres, is a strategic regional telecommunications asset. Does Telstra need to own all of it? Does it need to own any of it? Could value be added via a transaction with another regional player?

InfraCo Fixed is a more complicated set of assets. Much of its asset base is now effectively devoted to leasing access to its pits and ducts and copper for the NBN.

As its fixed-line customers have been transferred onto the NBN, the company has been receiving compensation for them but that stream of income, which peaked at $2.4 billion last financial year, will dry up by 2024. There’s about $1.5 billion left.

There’s also a separate NBN-related income stream. Telstra receives — and will continue to receive until at least 2046 and potentially beyond – about $1 billion a year for continuing access to its fixed line infrastructure.

Telstra attempted to securitise more than $5 billion of those payments – about 40 per cent of their net present value at the time –in 2017 but NBN Co, concerned that a deal might impact its own flexibility, vetoed the proposal.

Today, with the 10-year bond rate having nearly halved since that attempt, that income stream would be far more valuable. If the market assessments that they were worth as much as $15 billion in 2017 were in the ballpark then, they would be worth north of $20 billion – perhaps materially so – today.

Just as the mobile towers deal established a value well above the value previously attributed to them by analysts, there would be a substantial latent value uplift of that long-term stream of payments if it could be unlocked.

Telstra could attempt to revive the securitisation proposal – NBN Co, now cashflow-positive and with a network that has effectively been completed, is a far more mature businesses today. That income stream would clearly be much more valuable to institutional investors than the value reflected in Telstra’s share price today.

The complicating factor is that those payments could provide a compelling and decisive factor in an argument to merge InfraCo Fixed with NBN Co when NBN CO is – as both the major parties envisage – eventually privatised.

The internalisation of those payments, ownership of the underlying physical assets and the ability to bring Telstra’s vast shareholder base next to NBN Co could create a value-adding and politically palatable option for a future government and for Telstra shareholders.

A merger of the two could completely distance the new entity from Telstra, if not its shareholder base at the time, defusing concerns that a merger would establish a new Telstra-controlled and vertically-integrated monopoly.

A securitisation would be the simpler and, perhaps more lucrative option if NBN Co were willing to allow one, but that NBN Co income stream is a very valuable and strategic asset if Telstra were to sit down across a negotiating table with a government in future.

The corporate restructuring more broadly allows Telstra’s board and management to re-imagine the group, potentially as one with a capital-light centre with majority or strategic interests in more capital-intensive satellites.

That might not be quite as radical as Brad Banducci’s re-imagining of Woolworths as the core of an “everyday needs ecosystem,” although it could be.

Woolworths, while retaining its supermarket business as its core, now sees itself as more of a platforms business, open to third party access to its retail network, its supply chain, its IT infrastructure and even its administration systems.

That could not only leverage the value of the assets by generating income from what are non-income-generating assets and cost centres, but create network effects for Woolworths’ rewards programs and scale for its purchasing while reducing its capital-intensity.

It’s an Amazon-like view of a 21st century corporate future that has some features that could be emulated, to some degree at least, by Telstra and others.

“Any proposed merger must satisfy the national interest test,” Mr Marape said. While not commenting …