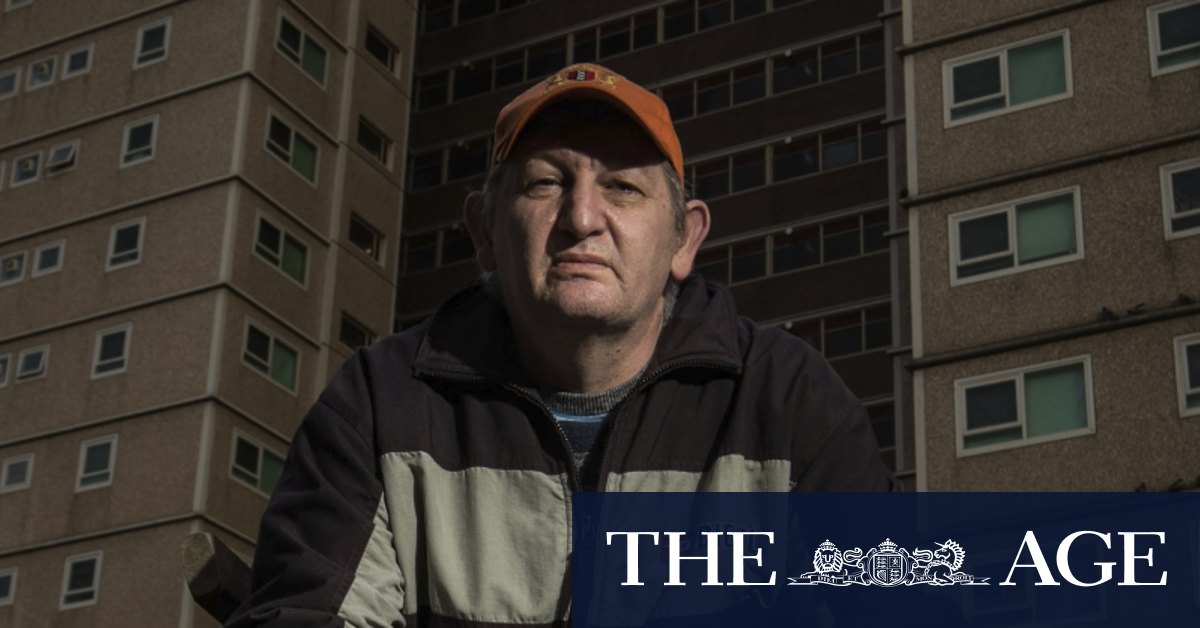 “They’re already starting to plan something without telling people what’s going on.”

He worried that adding another block to the estate could minimise privacy and block the sun, and has previously struggled to get help from the government for heating and security.

Construction on the medium-rise building, which will be a mix of social and affordable housing, will begin later this year.

The government said it would ensure the development provides improved open, communal and recreational spaces.

“Community consultation is an important part of master planning – we will work with residents to improve open spaces and connections to the neighbourhood,” Mr Wynne said in a statement to The Age.

Announcing the project on Sunday, Mr Wynne said the estate was well located for public transport, health and welfare services and educational opportunities.

The Andrews government plans to build 12,000 social and affordable homes by 2024, at a cost of $5.3 billion — the largest investment ever made in social housing in the state.

The big housing build will increase social housing supply by 10 per cent, making a dent in the waiting list of 49,644 households in Victoria.

Socialist councillor Stephen Jolly, who has organised an emergency public meeting for residents on Sunday to resist the build, said the government should not be taking over a car park needed for low-income workers or playgrounds for their children.

“It’s a very cynical ploy. They’re basically saying, ‘we’ll give you some more social housing but you’ll have to lose something in the process’.”

Yarra City Council was seeking details about the Collingwood proposal from the Department of Housing.

Just around the corner, at a site surrounding Collingwood Town Hall on Hoddle Street, a majority of councillors this year knocked back a proposal to build a mix of social and private apartments in what Mr Wynne had described as a failure of the Greens-dominated council to back social housing and progressive policies.

Michael Smith said the world was poorer for the loss of his funny, talented and …