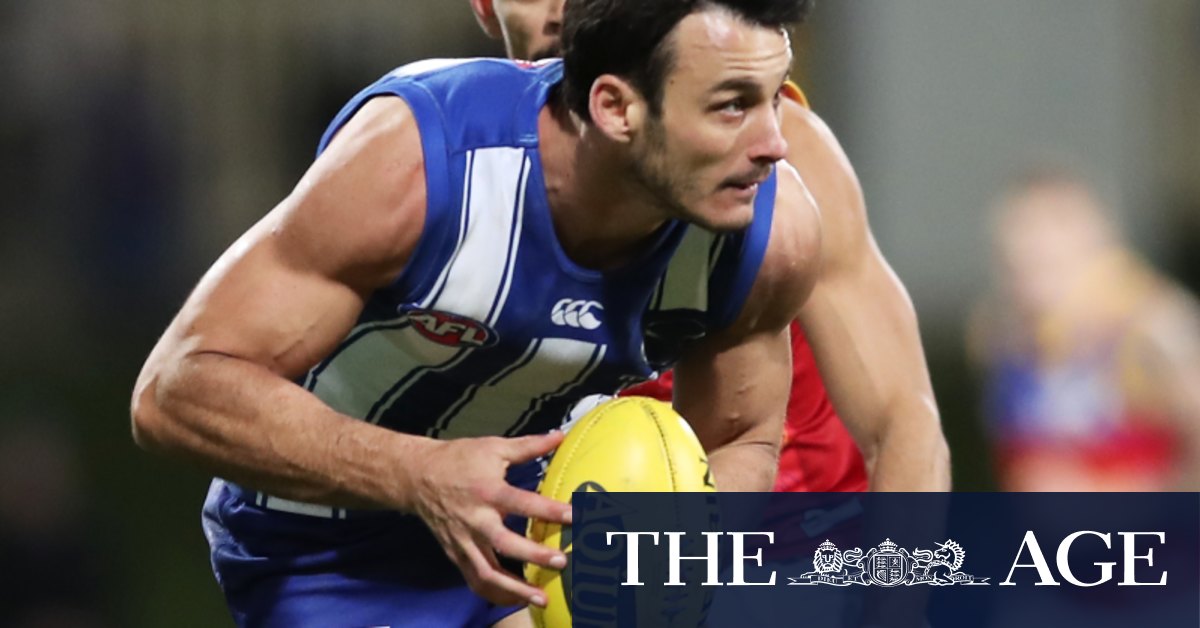 Tarrant declined to speak about his future when talking to The Age on Thursday but the 32-year-old is enjoying how his young teammates are handling the ups and downs of this season.

The Kangaroos play Western Bulldogs at Marvel Stadium on Sunday.

“Not winning games can become difficult, but the vibe the boys have been able to display throughout the whole year has been really positive,” Tarrant said.

“We just want to learn from the losses and the things we need to improve on but we are also celebrating those little wins along the way.

“There have been plenty of them, the debuts, the good things the boys have are doing really well in games so the vibe around the club has been really positive.”

Tarrant wants to see his club’s back six continue to build their chemistry along with his partnership with key defender Ben McKay.

“Ben’s been able to lock down the opposition’s best key forward each week, he’s been doing that since halfway through last year,” Tarrant said.

“So he’s putting together a really good season and we are really confident in him getting the job done again.

“As a back six we are working together reasonably well in the last few weeks and hopefully we can take that through to the rest of the season.”

North Melbourne announced a new club record for members on Thursday, with their tally at 45,133 so far beating the record of 45,014 set in 2016.

The Kangaroos are also taking a cautious approach to first-year midfielder Tom Powell, who has battled soreness in recent weeks and was rested last week.

“If we wanted to we could probably push on with him but there’s probably no need so we’ll just take the next two or three weeks just to see how things settle down for him,” Noble said.

“Maybe he’s back in the team in a month’s time.

“We’ve been rapt with where Powelly has got to and the level he has been able to contribute in the midfield, his decision-making is elite and there is a no-risk policy for us with him.”

Previous Businesswoman appointed to review AFL culture
Next Roll up, roll up: Let’s put the nation back into vaccination

The other option being considered by NZR is playing the second Test on Sunday, August …