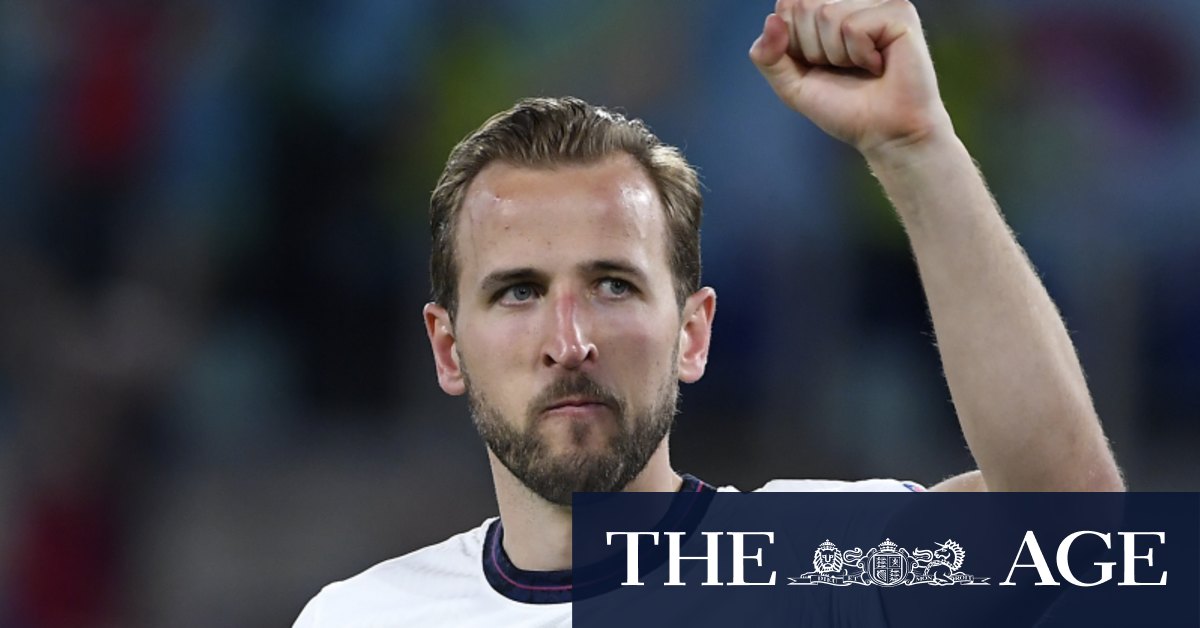 COVID-19 travel restrictions made it difficult for England fans to get to the game, but thousands of Three Lions supporters reached the Italian capital and helped produce a lively atmosphere on a hot night in the eternal city.

Some of those in attendance had barely settled into their seats by the time England took the lead with a well-worked move.

Sterling cut in off the left wing and slid a through ball into a pocket of space behind the defence for Kane to race through and guide into the net with a neat finish.

Ukraine mustered their first effort when Kyle Walker gave the ball away and Roman Yaremchuk raced through to draw a save by Jordan Pickford, while England’s Declan Rice and Jadon Sancho had shots beaten away by Georgiy Bushchan before halftime.

But England flexed their muscles after the break and ended the game as a contest within five minutes of the restart, helped by two fine assists from Luke Shaw.

The left-back whipped a free kick onto Maguire’s head for a close-range finish in the first minute of the second half before steering a perfect delivery towards Kane for a simple close-range header four minutes later.

The goal sent Kane level with Alan Shearer as England’s second-top scorer at major tournaments with nine, behind Gary Lineker on 10, and he was denied a spectacular hat-trick when his ferocious volley was palmed away by the diving Bushchan.

It was a statement performance from the striker, who came in for some criticism earlier in the tournament but scored in the 2-0 last-16 win over Germany before producing a man of the match performance to go with his double in Rome.

England made it four from the resulting corner when Ukraine again failed to deal with a set-piece delivery as Henderson nodded in from six yards to score his first goal for his country on his 62nd cap.

“We had good parts of the game, but set pieces did not work very well for us today,” said Ukraine coach Andriy Shevchenko. “I am really happy with how the team performed. I want to thank the players for their attitude today.”