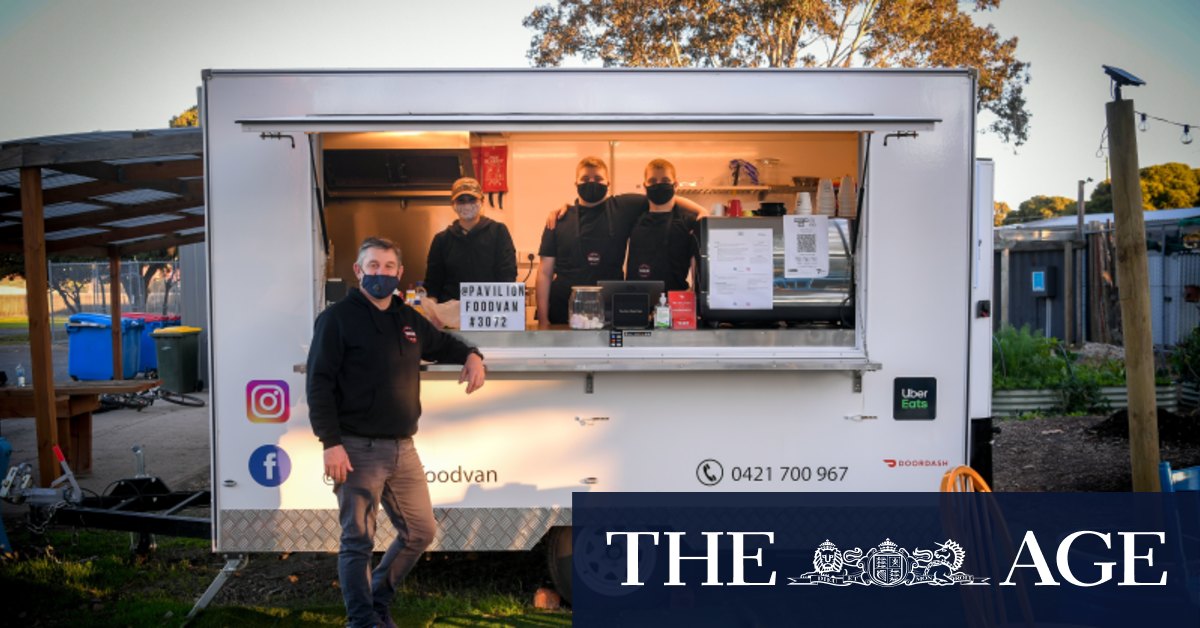 “The idea is to get it to a point where they are … ready for the next step, which is hopefully the next job somewhere locally in the industry,” he says.

The two-campus Pavilion School takes in students who have disengaged or been excluded from mainstream schooling.

The van initiative is the brainchild of pathways co-ordinator Andrew Zarafa (who has had a burger named in his honour). He says the fact that Preston’s campus grounds have been opened up to the public outside of school hours provides an opportunity to be creative.

“Once upon a time we had really high gates and looked like a little prison, where no one could get in or out,” Mr Zarafa says.

“But we are very focused on the community, we want our kids to contribute to the community and we want the community to see that actually. These are normal young people, they have just had a hard time.”

While The Pavilion School accepts students that other schools cannot or will not, this sometimes creates a stigma that it is a place for “naughty kids”, he says.

“There is nothing worse than being frowned upon in your own community because of the school you go to,” he says.

The food van, though less than a month in operation, is already breaking down negative views.

“I think it’s changed and there’s been a significant improvement; when they see their faces after-hours they think, these kids aren’t bad.”

The students are also involved in a project that could yield lasting rewards for the school. A portion of the van’s takings is being put towards lighting and resurfacing for the school’s lumpy and lichen-covered basketball court.

“One thing I like about the van is that the money raised by the van goes to helping the school,” says Zach Rutter, who works evening shifts with his twin brother Jack, who is autistic like him.

He also likes the fact he is earning 10 per cent superannuation on top of his pay.

“It’ll be really nice when I’m old and senile and Jack has to take care of me.”

In need of some good news? The Greater Good newsletter delivers stories to your inbox to brighten your outlook. Sign up here.