‘Unique to WA’: Cook optimistic ahead of critical week as wastewater testing ramps up

admin July 4, 2021 National News Comments Off on ‘Unique to WA’: Cook optimistic ahead of critical week as wastewater testing ramps up 24 Views 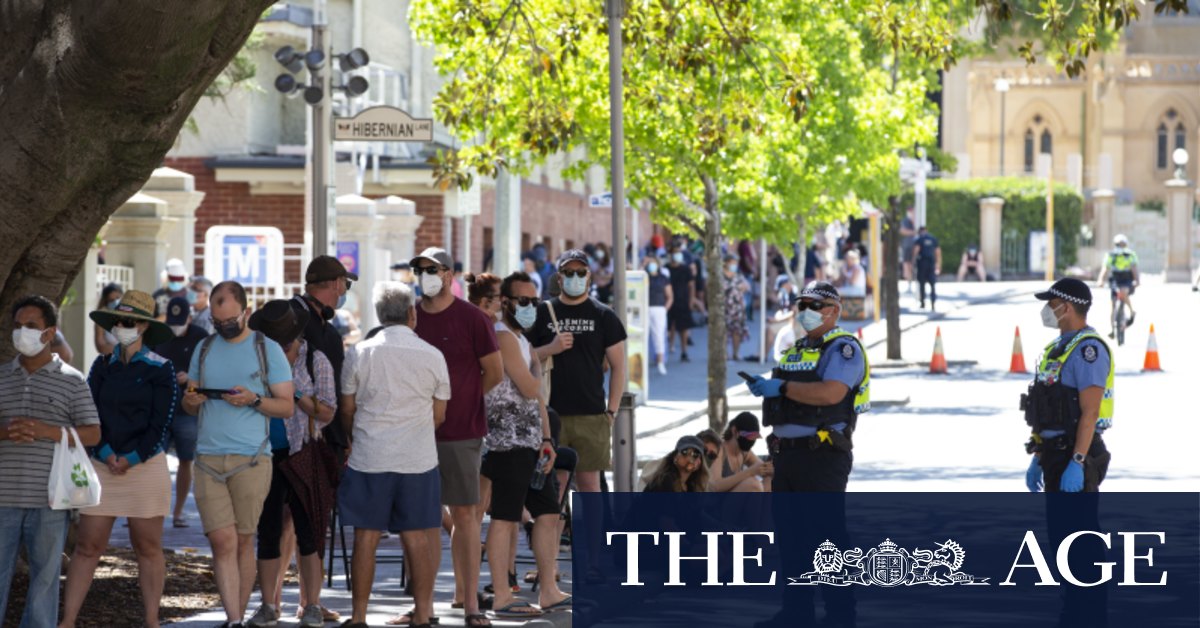 WA’s current total COVID-19 cases is 1030, of which four are active in hotel quarantine and six are in self quarantine.

“We haven’t needed to hospitalise any of the current active cases, so that’s a really good sign,” Mr Cook said.

“Obviously some of them are symptomatic, but we understand that all are okay and just resting at home.

“We’re closely monitoring all the positive cases and the active cases at the moment.

“When we have a new positive case in someone – such as case 1030, where we are confident they’ve quarantined properly and quarantining from before the time they became infectious – that’s obviously not a great public health risk.”

With restrictions set to ease from Tuesday 12.01am, Mr Cook said the weekend’s result was reason to be optimistic about returning to a pre-COVID life.

“By the end of the week we’ll be back to phase 5, which means pretty much everyone working, living, being entertained, and everyone undertaking their lives in the community, pretty much as normal,” he said.

While he was optimistic about returning to eased restrictions, Mr Cook urged West Australians to continue to “do the right thing” after revelations an out-of-control post-lockdown party was attended by more than 50 teenagers in Brabham on Saturday night.

“It’s terribly disappointing … we’re in the fight of our lives here, if this Delta strain gets out it will wreak havoc in our community as we see it doing so in New South Wales,” he said.

“The idea of people having a party with up to 50 people at the moment is just crazy and I’m really pleased the police are looking into that matter to crack down on the organisers of that party, it’s just irresponsible.”

Mr Cook was unaware whether the partygoers were wearing masks at the time, he “hazard a guess that if you’re holding a party of 50 people last night in the middle of these new interim restrictions, you’re probably not paying that much attention to the public health risk.”

Part of returning to normal life hinged on having as many West Australians tested and vaccinated as possible, he said.

More than 6100 West Australians were tested for COVID-19 on Saturday, which Mr Cook said were high numbers and showed people were heeding advice to get swab-tested.

Contact tracing was continuing in relation to the northern suburbs cluster, with 398 close contacts having tested negative and, of the 2838 casual contacts, 2462 returning negative results.

“We are now doing day five tests for all the close contacts, so we’ll see those results start to flow through over the next few days as well,” Mr Cook said.

The Health Minister also said weekly wastewater detection testing, which has been ongoing at six Perth facilities since November, would be increased this week after several positive detections.

A positive COVID-19 wastewater result was detected in the Alkimos sample on Tuesday, which was expected because two active cases lived in the catchment.

Mr Cook said a positive sample was also detected in Beenyup Wastewater Treatment Plant in Craigie on Thursday and Friday due to a COVID-19 case in the area.

“The wastewater testing in Alkimos and Beenyup frequency has increased to daily as of Saturday and testing at the other metropolitan wastewater plants will increase to three times a week as of Monday,” he said.

On Sunday there were 4744 vaccinations booked into state-run clinics in WA and 387,000 booked in coming months.

“We are distributing a vaccine program across the biggest health jurisdiction in the world,” Mr Cook said.

“Getting all our regional residents vaccinated, as well as our metropolitan residents, provides huge logistical challenges for the WA Department of Health.

“These are logistical challenges which are unique to Western Australia.”