‘He knows he is welcome’: Olympic boss encourages Kyrgios to go to Tokyo

admin 4 weeks ago Sport Comments Off on ‘He knows he is welcome’: Olympic boss encourages Kyrgios to go to Tokyo 22 Views 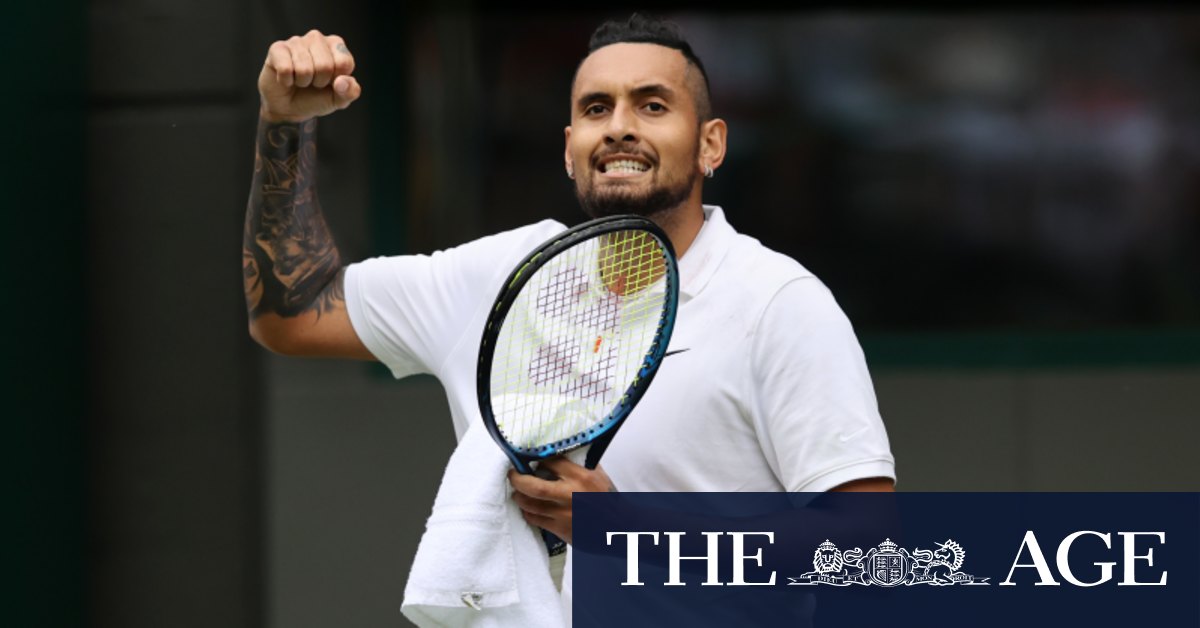 “But I understand and respect his decision, whichever way he goes, because the [Tokyo] Games are different. People have to believe they can perform under these circumstances.”

Chesterman also said he respected the decision of NBA star Ben Simmons, who has withdrawn from the Boomers squad for Tokyo.

He was speaking at the official unveiling of Australia’s team for the Tokyo Games, which begin in just under three weeks.

Athletes will begin arriving in Tokyo soon but Japan’s prime minister has warned the Olympics could have no fans at all in the stands with COVID-19 cases rising in Tokyo.

Australia will send the country’s second-biggest team to an away Olympics (472 athletes), behind Athens (482 athletes). An away record 254 of those will be women, with 16 Indigenous athletes (up from 12 in Rio), and 62 per cent of the team are first-time Olympians.

“I sense their excitement. I sense their determination to make the most of this Olympic opportunity,” Chesterman said.

“Everybody has been through so much … for our athletes they’ve been able to still maintain that drive [and] determination [despite the one-year delay].”

The Australian team’s chief medical officer, Dr David Hughes, said athletes were or will be tested 14 days prior to departure, then again four days out and again two days out. They then need a negative test at the airport in Japan to be let into the country.

The athletes will also be tested every day at the village and will have another test before returning to Australia.

Masks and social distancing will be essential for athletes, and Australia is implementing measures – such as providing more food at the Australian HQ at the village so they go to the communal dining hall less – to minimise the risk of catching the virus.

“Somewhere between 95 and 98 per cent of the Australian Olympic team are going to be fully vaccinated,” Dr Hughes said. “It almost certainly means they won’t become unwell or end up in hospital.

“We’re not being complacent about the possibility there may be COVID-19 circulating in the village. We have to assume that is the case.

“We feel confident we have the best plan we possibly can in place.“

Chesterman said there were no medal targets for Tokyo as per an athlete push after the Rio Games to drop such stated goals.

Previous Why $22 billion for an empty airport won’t be enough
Next AFL pushes for bigger crowds, footy back in Ballarat

The other option being considered by NZR is playing the second Test on Sunday, August …