‘It was a pretty easy choice’: Rennie throws Lolesio in deep end for Wallabies

admin July 5, 2021 Sport Comments Off on ‘It was a pretty easy choice’: Rennie throws Lolesio in deep end for Wallabies 15 Views 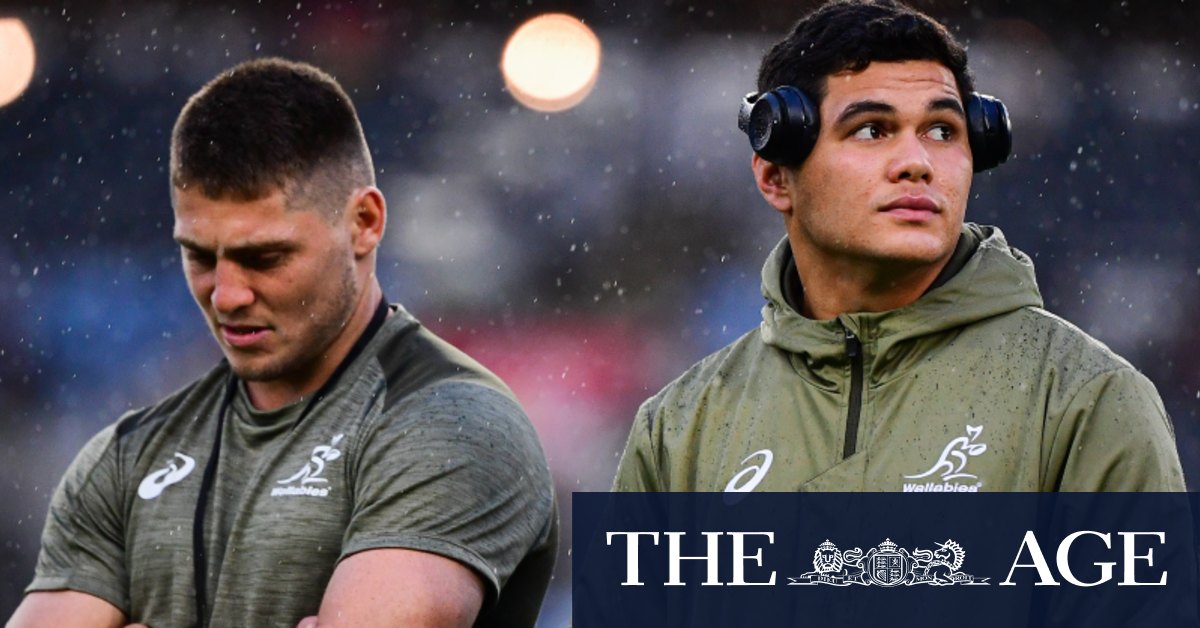 Lonergan, Swain and Ikitau were expected to figure somewhere in Rennie’s 23-man squad but Kellaway is a bolter.

Kellaway only returned to the Melbourne Rebels for the trans-Tasman portion of the Super Rugby season and was a surprise inclusion in the squad Rennie took to Sanctuary Cove.

But he has been preferred over established utility Reece Hodge, who has not been named in the 23.

“With Hodgey, he just hasn’t played any footy. He’s missed the last three months, so we just need to get more footy into him,” Rennie said.

“He’s working really hard and, while he was a little bit scratchy, we are confident he can pick up in a hurry.

“[Kellaway] went really well for the Rebels in the last couple of rounds. He has genuine versatility, plays wing, plays fullback and a little bit of centre for the Rebels, but he’s quick, he’s a very good defensive player and he has a good skill set, a good kicking game and can play out wide.

“He’s been excellent at training and forced his way in.”

In the centres, Matt To’omua has proved his fitness in time to take the No.12 jersey. He will partner Hunter Paisami, who has quickly become one of the more promising prospects in Australian rugby.

There were no surprises out wide. Marika Koroibete and Tom Wright will start on the wings and Tom Banks will line up at fullback.

Up front, Rennie turned to players who impressed during his first season as coach.

One of two 100-Test players in the squad, James Slipper, will start at loosehead prop.

Brandon Paenga-Amosa has won the tight race for the No.2 jersey, though Feleti Kaitu’u was not considered for selection due to injury.

Brumbies captain Allan Alaalatoa will start at tighthead prop but is expected to split minutes down the middle with Taniela Tupou.

Matt Philip and Lukhan Salakaia-Loto will resume their partnership in the second row. In the back row, Michael Hooper will play his 106th Test alongside Harry Wilson and Rob Valetini.

Isi Naisarani, who will play in the Top League next season, has earned a recall to the bench after not being part of Rennie’s plans last year.

Tate McDermott is the replacement halfback and Waratahs prop Angus Bell will come off the bench.

“Jake is a very good running halfback as well and was outstanding against the Kiwi sides. He did a great job leading the Waratahs.

“Tate, we know, is electric off the bench. We know that’s going to be important and hopefully he is against some tiring forwards.”