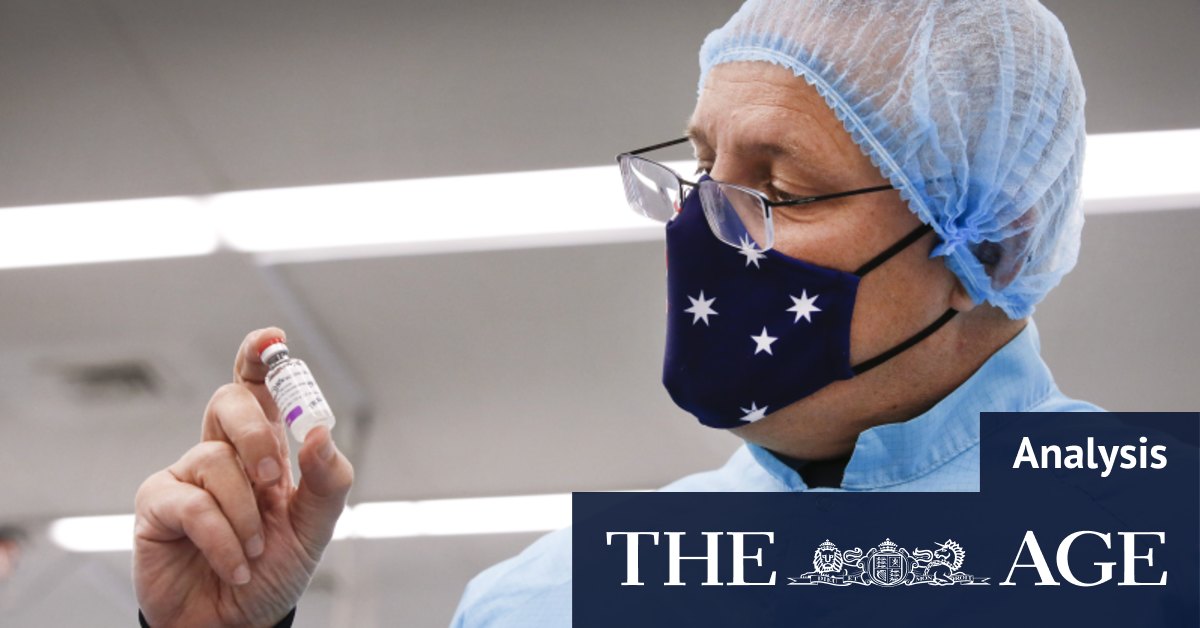 A simple league table does not reveal the countries using the Sputnik vaccine from Russia, either. This option has helped Russian allies as well as some EU members, such as Hungary and Slovakia.

Sputnik seems to be effective. An analysis in The Lancet in April putting it in line with vaccines from AstraZeneca, Johnson & Johnson, Moderna and Pfizer. But it is not approved by Australian regulators.

The second weakness in the league table is it does not show a key reason some countries gain higher rankings: EU membership. Put simply, the EU has denied vaccines to others. Australia felt the full force of the restrictions when it missed out on millions of AstraZeneca vaccines earlier this year.

The third weakness is related to this, but broader. Australia cannot match countries that manufacture the newer vaccines based on messenger RNA platforms, like Pfizer and Moderna. It is dependent on the United States and the European Union, which dominate this technology.

The Pfizer vaccine is made in the US, Belgium and Germany (it was invented by BioNTech in Mainz). Moderna is made in the US and Switzerland. While it is easy to say that Australia should be making its own mRNA vaccines, no country has done this outside the pioneering few.

The test for Morrison and his government has to be realistic. Two charts help show what it should be.

The first chart focuses on advanced economies but excludes countries using Chinese and Russian vaccines. The clear winner is Israel because it does not make its own mRNA but negotiated an early deal with Pfizer to secure supply. The Morrison government did not gain a similar deal. This is the original, critical failure in Australia’s vaccine rollout.

The second chart excludes countries that make their own mRNA and shows that Australia is not alone in struggling with supply. The laggards tend to be Asian countries that do not want Chinese vaccines. Japan, South Korea and Thailand make AstraZeneca, like Australia does, but this is not enough when blood clot concerns have tainted the AstraZeneca brand.

Singapore stands out in the region for striking enough deals to surge ahead. It is using Pfizer and Moderna and allowing vaccinations for people from the age of 12, something Australia is only starting to consider.

The city-state is very different to Australia but not so different that the comparison is meaningless. Its vaccination rate is three times that of Australia. It is a good measure of what Australians should expect of their government.

Two others show what can be done by countries that do not make their own mRNA vaccines. Canada and Mexico have surged in the past two months after US President Joe Biden decided in May to let them buy doses from Pfizer’s US plant.

It turns out there is a Monroe doctrine for the COVID-19 era. The US will give preference to its own hemisphere. Australia must overcome this barrier if it is to get all the Pfizer doses it has been promised – not just 2.8 million this month, but another 32.6 million from August to the end of the year.

Will the US be a factor for Australia? The current supply of the Pfizer vaccine is coming from Belgium. The company says there have not been any EU restrictions on those exports. It does not say where the next shipments will come from.

So this is another test for Morrison. Malcolm Turnbull had to take on Donald Trump to save Australia from the former US president’s steel and aluminium tariffs. Can Morrison make sure Australia is not left behind when Biden thinks about where Pfizer and Moderna can export? It may help that this year is the 70th anniversary of the ANZUS alliance.

Steven Hamilton, an assistant professor of economics of George Washington University, says the comparison with Canada sets a target for Morrison to meet.

“In order to get done by the end of the year, we will need to kick up to Canada’s pace pretty soon, which will be a huge lift,” he says. “I’d like to see more transparency on planning for that by the government.”

“To be in the company we are in at the bottom of those charts would not be acceptable for rubbish collection or issuing drivers’ licences,” he says. “Yet there we are, for what might be the most important test of government competence in our lifetime.”

There is only so much any Australian prime minister can do. Australia will continue to lag behind countries that make their own mRNA and limit who can buy it. Most Australians, meanwhile, will not want some of the easy ways to move up the league table – like buying Chinese or Russian vaccines.

But there are sensible tests for Morrison to meet. Why can’t Australians expect their government to match the success of Singapore and Canada? When the next election comes, Morrison is doomed if he tells Australians that is too much to ask.

Previous ‘We’re all like one big family’: When footy really is more than a game
Next Melbourne man arrested after 77-year-old woman found dead in Blackburn