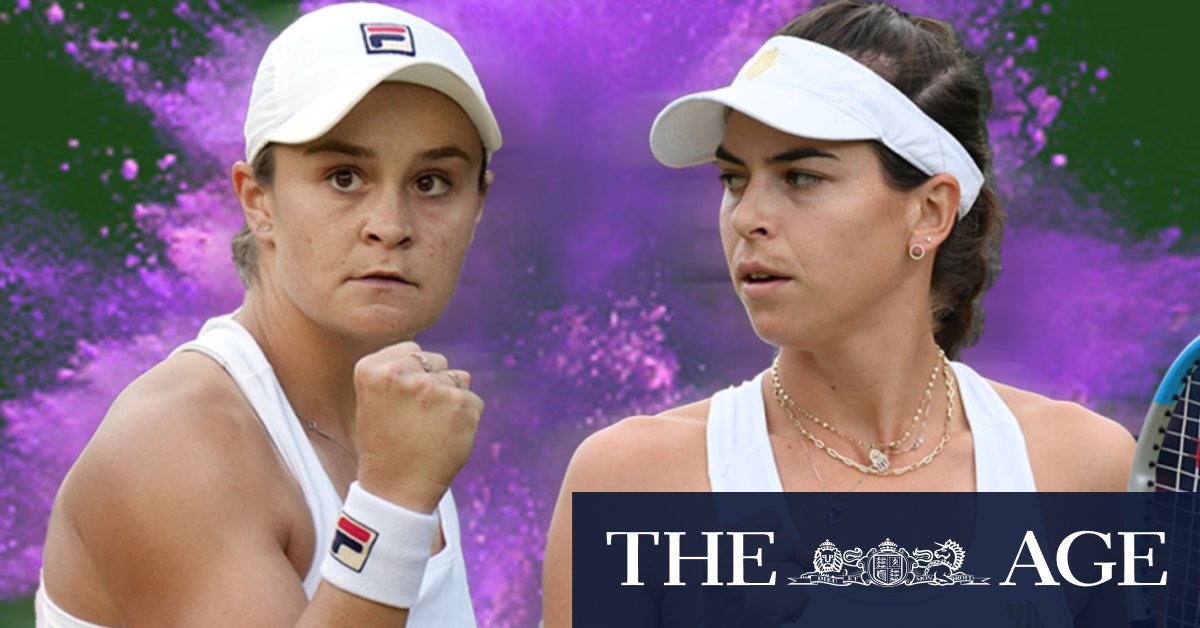 “She didn’t perform all that well in the first match [against Mladenovic]. But as a team – Alicia and I – we’d seen enough quality tennis from Ajla that we said, ‘you know what, we’re going to back you in this next match, no matter what. We believe you can win’.

“I think she really took that to heart and played an amazing match. We were very proud of her and the effort.

“She said it herself – she said ‘wow, I didn’t realise how much pressure and expectation [is there]‘. It’s far greater than anything she’d experienced playing week-in and week-out on tour. To know she has that experience, she stepped up a level, that’s confidence she can file away in the back pocket and be able to draw upon.”

It’s one of the quirks of professional tennis that some players can rarely confront each other across the net, while certain match-ups (Djokovic v Nadal, for example) have long and extensive histories. Tomljanovic has been in and around pro tennis for more than a decade, enjoying a breakthough season in 2014, but she’s never played against Barty, who is three years her junior.

They know each other well, however.

“We’ve practised together plenty of times,” Barty said after her impressive fourth-round victory over Roland-Garros champion Barbora Krejcikova. “We’ve played in doubles once or twice maybe. Obviously it’s incredible for Aussie tennis. I was pumped to see Ajla through to the second week.

“She’s been knocking on the door for a long time. She’s a great girl, has been playing some great tennis. I was rapt for her to be able to get through.

“Week-in, week-out they see each other. They’d practise here and there so they know each other very well.”

Barty is hot favourite against Tomljanovic, and retains firm favouritism for the ladies’ singles title. Germany’s former winner Angelique Kerber could also be looming as a semi-final opponent for either player, however.

Having either Barty, whose surge to the top of the game after coming back to tennis five years ago continues to charm, or Tomljanovic in at least a semi-final on the hallowed grass, is a boon for Tennis Australia. But in the case of naturalised Australian Tomljanovic, it also represents something of a return on investment. When Tomljanovic chose to switch nationalities from her native Croatia, she opted for Australia instead of the United Sates, after training in Florida since she was 13. TA helped facilitate the move.

“Ever since I was little I was really ambitious and driven, and it was my dream to compete with the best girls and get the most out of myself as a tennis player,” Tomljanovic said seven years ago when her move was revealed. “I really believed with Australia I can maybe make the big jump, and reach a new level with my tennis, and that was a big thing.

“But also, when I was considering everything, I remembered when I came to Australia the first time for juniors, I really loved the place right away, and the people are amazing, and I have family that live on the Gold Coast, and spending an awful lot of time with Dave [her then coach David Taylor, who is Australian], I sort of learnt a lot about the culture and I could see a lot of similarities with how I was raised. You guys love sports and people that work hard, and I could really relate to that.”

For the Australian tennis system, having Tomljanovic – who has a career-high world ranking of 39 – in the green and gold and about to make her Olympics debut in Tokyo this month, the work involved in getting Tomljanovic aboard is paying off.

“She was the one that approached Tennis Australia. She had family at the Gold Coast, and because she was living in the US she didn’t sort of have that same affiliation with her home country, well her birth country, Croatia.

“It was just a fit for her, and a fit for us. It did take three or four years to get it all across the line. Now she’s a proud Australian.”

Catch Ash Barty, Ajla Tomljanovic and all the stars in action at Wimbledon with every match of the tournament streaming live and ad-free on Stan Sport and select games on 9Gem.