Snap Shot: The Sherrin-shifter who threw Matt Rowell off his line

admin 4 weeks ago AFL Comments Off on Snap Shot: The Sherrin-shifter who threw Matt Rowell off his line 16 Views 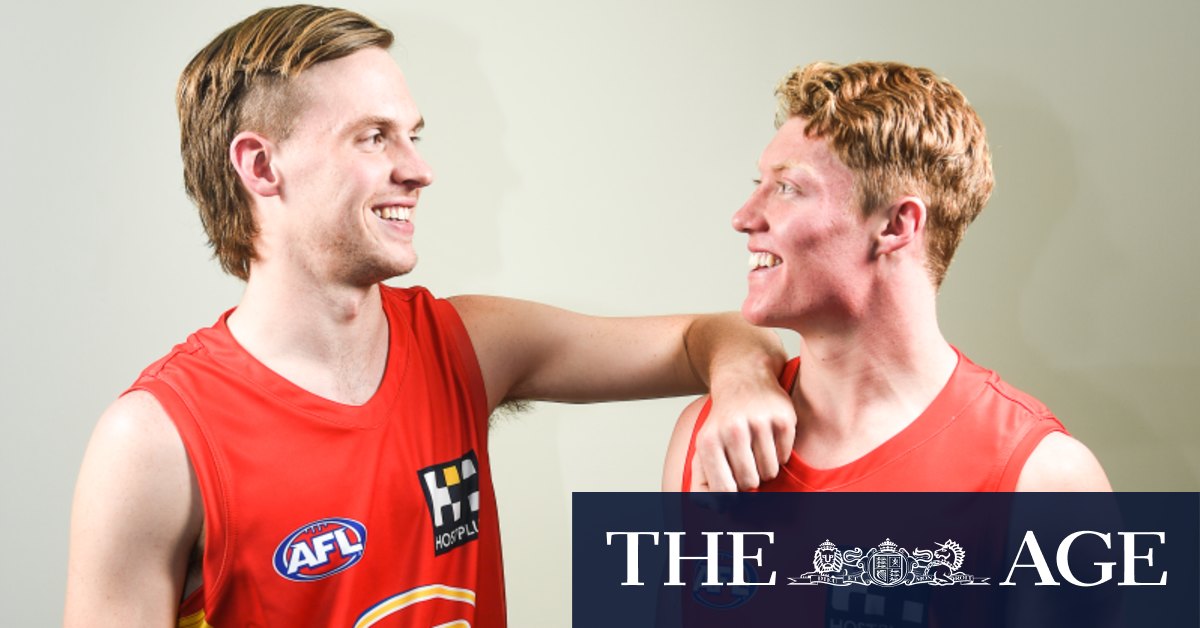 Little did Rowell know Anderson was the culprit, secretly making mischief at his mate’s expense and waiting for him to accuse the cleaner of moving his footballs, part of ongoing competitions between the two that never seem to cease.

Rowell resisted putting his foot down for weeks until Anderson realised he better come clean as the Sherrin-shifter.

The 93-year-old upstaging the century-maker

It’s hard to get upstaged when you kick 27 goals in one afternoon to bring up your ton in just your ninth game for the season, but that was the fate of Josh Mellington on Saturday at Violet Town.

The understated former Docker, who played in the under 18s at Violet Town – the town that spawned Australian band Killing Heidi – thrilled the crowd when he kicked 24 goals after quarter-time to bring up his century.

But it was the appearance later in the day of a local legend at the north-east Victorian club’s 125th anniversary celebrations that had the place talking.

When 93-year-old Bill Pinder turned up at the club function he was greeted by players who he coached to premierships in 1960 and 1961 with hugs and tears, before nominating himself as the player he would most want with the football in his hands if the team was five points behind and the siren went.

“That’s what footy clubs are about. The respect they had for this guy was amazing,” Gary Abley, vice-president and team manager, said.

They don’t mind Mellington either, with Violet Town footy manager John Ritchie saying the forward has been an amazing addition to the club.

“Obviously the young kids love playing with him,” Ritchie said.

Which VFL team are you playing for this week?

It’s been a scramble for VFL clubs to find top-up players after the four northern-based AFL teams relocated to Victoria, which has created some anomalies in recent weeks.

It began last Sunday when Wade Derksen – who is on Essendon’s VFL list – was warming up dressed in the full Essendon kit to play for the Bombers against Casey but was suddenly demoted to emergency when a senior player was cleared to play.

He then received an emergency call-up to play for the Giants later in the day against Sydney, who have been doing some scrambling themselves with Coburg’s Josh Guthrie – brother of Geelong’s Cam and Zach – playing well for the Swans on the weekend.

Alongside Josh in Swans colours was Sam Witherden – brother of West Coast’s Alex – who filled in for Sydney’s VFL team, while Alex tried to stop the deluge of Sydney goals earlier in the day down the road at Kardinia Park.