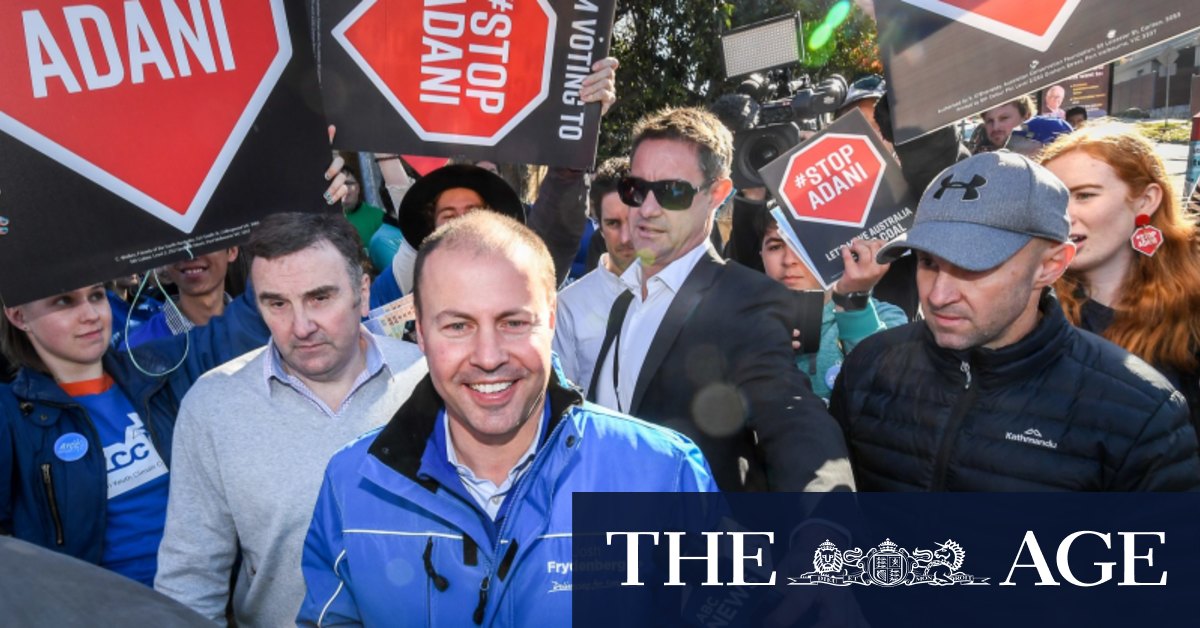 However, Adani’s mine is backed as a jobs-creator by both the Queensland government and by the federal Nationals party, among representatives that hold Central Queensland coal seats that will be crucial to the Morrison government in the federal election due before July next year.

Glass Lewis’s recommendation is set to fail because the Adani family controls the majority of Adani Enterprises’ shares. But the recommendation marks the latest sign of deepening investor concerns towards divisive fossil fuel projects and the risks to “reputation and of litigation”. Other top-20 shareholders in Adani Enterprises include US investment giants Blackrock and Vanguard Group.

In a statement, Adani Enterprises’ Australian unit Bravus Mining said the Carmichael project had among the strictest environmental conditions “ever imposed on a mining project in Australia”.

“There has been rigorous scrutiny under national environmental law of our environmental record in Australia”, a spokeswoman said.

Bravus added that Adani’s coal exports would account for less than .0006 per cent of global emissions, “which is not enough to have an impact on the Great Barrier Reef”, and was higher quality than coal it would replace in the market, resulting in fewer emissions for the same amount of energy.

The company said Adani Group’s port business which was subject to the Queensland Supreme Court action was separate to the operations and governance of Bravus and the Carmichael project.

UNESCO said a major factor in its draft “in-danger” rating for the Great Barrier Reef was due to Australia’s relatively modest emissions reduction policy, because global warming is causing coral bleaching that threatens the survival of the reef in its current form.

World-leading environmental scientists have endorsed UNESCO’s in danger listing, which has been rejected by the federal government.

Adani has final approval and in June struck first coal at the mine. The company said it expects to make its first export shipment by the end of the year. At full production the mine is planned to export around 10 million tonnes of thermal coal a year to India and south-east Asia.

The Carmichael mine is 320 kilometres west of Rockhampton in the Galilee Basin. Adani has rebranded its local operation Bravus. The company says Carmichael will create 1500 direct jobs.

Previous Snap Shot: The Sherrin-shifter who threw Matt Rowell off his line
Next After Fiji’s initial success, second wave of COVID is causing grave concern