admin 3 weeks ago Sport Comments Off on ‘He fought like a lion’: WA contender Ben O’Connor cracks on Tour de France climb 10 Views 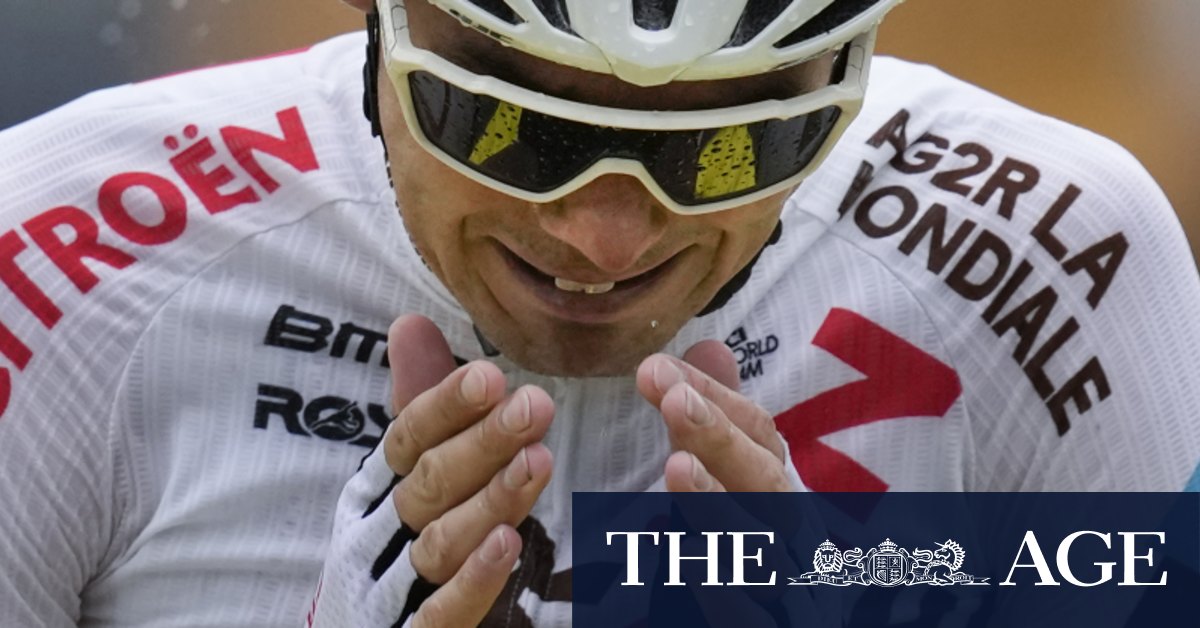 Australia’s newest Tour de France hopeful Ben O’Connor has slipped from second in the general classification of the race after he cracked in the ascent of the awe-inspiring Mont Ventoux on Wednesday.

Overall leader Tadej Pogacar also showed signs of weakness and, despite extending his advantage over the West Australian cyclist and other race rivals, the Slovenian has not yet wrapped up the fight for the yellow jersey.

Belgian Wout van Aert claimed a solo win in the 11th stage – a 198.9 kilometre trek from Sorgues – while defending champion Pogacar was distanced 2 kilometres from the top of the second ascent of the moonscaped Ventoux by Denmark’s Jonas Vingegaard.

Vingegaard opened up a 40-second gap before eventually being caught by Pogacar, Colombia’s Rigoberto Uran and Ecuador’s Richard Carapaz in the long descent to the finish.

Overall, Uran moved up to second, a massive 5.18 seconds behind Pogacar, with Vingegaard in third, a further 14 seconds back.

“I’m lost for words. It’s stupid to say but I didn’t expect to win a stage on this Tour de France until yesterday when I felt I could win one,” Van Aert said.

“It’s one of the most iconic climbs on the Tour, maybe it’s my best victory ever … it’s the first mountain I climbed, when I was 10.”

O’Connor was also lost for words after his remarkable stage nine victory, when he became the first West Australian to win a stage of the world’s greatest bike race.

Those close to the 25-year-old Sandgroper said it was inevitable he would struggle in the Pyrenees after extolling such effort in the Alps, where he momentarily held the virtual yellow jersey ahead of the stage win.

Previous ‘Huge problem for government too’: Crown warned minister on adverse findings
Next US promises Assange, if extradited, can serve time in Australia