Race-by-race preview and tips for Scone on Friday 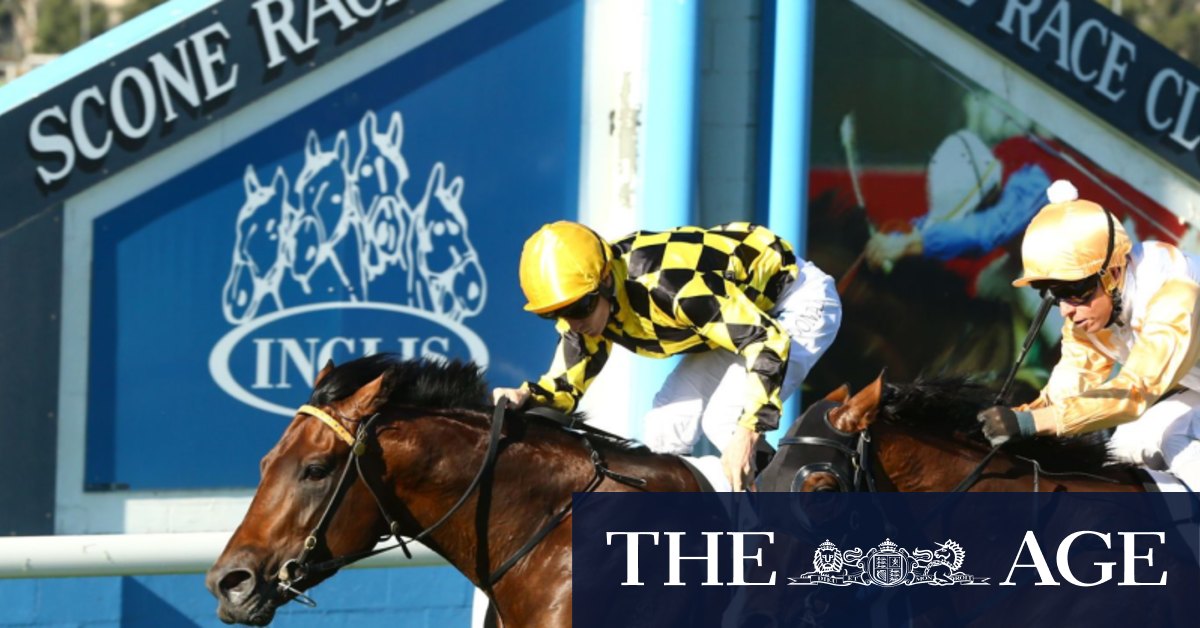 Progressive local filly 13. Spritza Seritza can break through third-up with winkers added. Has attacked the line nicely in two runs back and, from a lovely trailing draw, is very well treated on the limit weight.
Dangers: Home track three-year-old and stablemate to top selection 1. Steplee has drawn the outside gate, but his fast-finishing effort on debut behind promising stablemate Mr Whitacre, who has since won again, was full of merit. Will go back and be saved for one late run. Improving filly 5. Swiss Scent can peak fourth-up after working home OK in a handy maiden at Dubbo. Looking for a market move on provincial first starter 9. Grecian Lass, who has been given plenty of time at the trials.
How to play it: Spritza Seritza to win; Odds and Evens: Odds

Local four-year-old 4. Spilt let punters down as a favourite second-up, but it’s a different story returning home to the much bigger track. Winkers have been added and expect him to be ridden a little quieter here.
Dangers: Provincial three-year-old 3. Prince Akeem fought on well third-up in a race with good depth and will get a charmed run right behind the speed. Underrated filly 6. Sparky Girl hasn’t won for a long time but she motored home in heavy ground at Taree fourth-up and the wetter the better. Honest five-year-old 8. Swordsman hasn’t finished further back than fourth in his last five and backs up in 12 days. Another one trained on the track, 7. Miss Efficiency, is best of the rest.
How to play it: Spilt to win; Odds and Evens: Split

Home track three-year-old 3. Reach Beyond can go back-to-back after finishing best to beat a very handy maiden field at Muswellbrook. Creeps up a little more in distance and draws to get the right trail. By an emerging wet-track sire.
Dangers: Improving 1. Destacado has been solid enough in two runs back but needs to find a length or two up in trip and weight. Don’t dismiss five-year-old 12. Hillandale despite having only one win from 20 starts. Has been hitting the line better than ever this prep and in-form jockey takes over. Must keep safe local three-year-old 9. Switch Play fourth up returning to a somewhat drier track after flopping badly on a shocking heavy 10 last start.
How to play it: Reach Beyond to win; Odds and Evens: Odds

Tough five-year-old 1. Nowyunomi may go to the Highway at Randwick on Saturday but he’s going great guns this prep. Emerged strongly through the Winter Series to win a good quality final in smart fashion at Dubbo and thrives on rain-affected ground.
Dangers: Promising three-year-old 4. McNair is still on the rise after charging home for a dominant maiden win at Coffs. Was preferred here to an earlier race, although not totally convinced the inside draw at this track late in the day does him any favours. Dubbo five-year-old 7. Ollivander will likely zoom across from a wide barrier and take up the lead and can prove hard to catch. Hard fit and bolted in from the front last start, although does rise 3kg. Having broken a lengthy drought, capable five-year-old 9. Heredero can figure again on a track he has a 50 per cent winning strike rate on from four starts.

How to play it: Nowyunomi to win and box trifecta 1,4,7,9; Odds and Evens: Split

Same grade over a shorter journey to finish augurs well for promising provincial filly 12. Pleading, who surged home for a dominant first-up maiden win off a long break. Has trained on nicely and drawn to settle back around midfield and charge over the top.

Dangers: Talented home filly 11. Baiyka has found the line well in two runs back. Blinkers have been added and the extra 200m is a big plus. Keep safe three-year-old 3. Defiant Heart, who revelled in the going to claim his maiden at Gosford despite being unwanted in betting. Forecast of rain keeps him well in the contest.
How to play it: Pleading to win; Odds and Evens: Split

The Boomers have clinched victory over Germany: 89-76. It means they have gone through the …