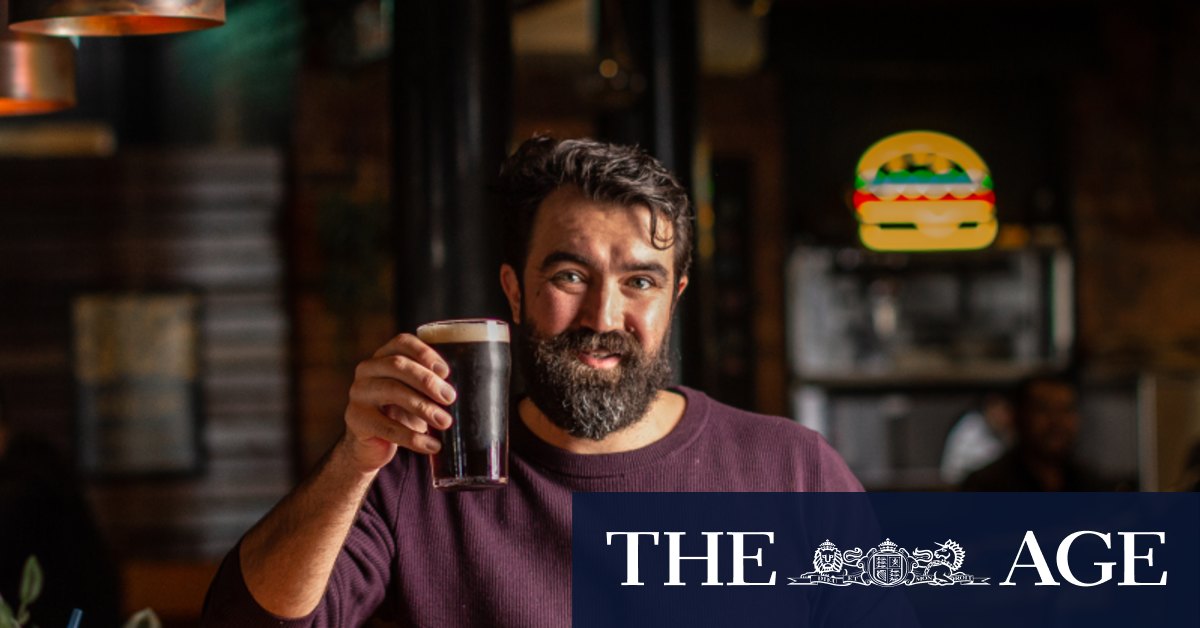 Victorian Alcohol and Drug Association chief executive Sam Biondo criticised the Prime Minister for reversing the TGA’s ban on offering alcohol as an inducement for getting vaccinated.

“The TGA’s approach of not fixing one harm by another potential harm is a reasonable position,” he said.

“It may sound like one glass of beer is trivial… but if you are suffering from the harms of alcohol and the impacts of family violence then you may have a different view.“

The Age and The Herald revealed on Thursday that the TGA had reprimanded Tom Streater, the publican of the Prince Alfred, for giving vaccinated customers a free pint.

“We will jump at the chance to offer it again,” he said. “Politicians have to have a perspective. It’s a popular position. People love a beer and most people think the vaccine is a good idea.”

Mr Streater said he was surprised the restrictions existed but he had grown accustomed to new rules over the past 18 months.

Victoria’s Health Minister Martin Foley, whose Albert Park electorate takes in the Port Melbourne pub, also weighed into the debate, saying he was “all for” pubs offering free beer to vaccinated customers. He also couldn’t resist a dig at Mr Morrison.

“I’m glad the Prime Minister has established that Port Melbourne and Melbourne [are] part of the Commonwealth and that he’s keen to make sure that incentives are real and tangible.

“I don’t know why the TGA had that rule in place, given … the federal government had just had a meeting in preceding days about how to incentivise measures to get people vaccinated,” Mr Foley said during Friday’s COVID-19 update.

“What we need is everyone vaccinated and if PA’s suggestion of a beer is going to help as part of that, then good on PA.”

The Australian health watchdog has a vastly different stance on alcoholic inducements to the US, where President Joe Biden praised an initiative by beverage manufacturer Anheuser-Busch to give Americans free beer if the country achieved a goal of 70 per cent of adults having at least one shot of the COVID-19 vaccine by July 4.

“That’s right: Get a shot, have a beer,” the teetotal president said. “We need everyone across the country to pull together to get us over the finish line.”

Mr Streater said the idea to hand out a free pint, wine or rum and Coke came to him after watching pub regulars queue for their vaccinations at a nearby pop-up clinic at Port Melbourne Town Hall.

“I thought a few free beers is way cheaper than a few more months in takeaway mode during another lockdown,” he said. “We couldn’t afford to bear the costs of shutting down again.”

He said a few dozen people presented their vaccination cards to staff in order to get a free drink during the week-long promotion, which ended on Sunday and was set to be recommence when the pop-up vaccination clinic returned later this month. “They had their freebies and then sat there for another hour and had lunch or another drink,” he said.

Mr Streater said he was surprised more Australian businesses weren’t offering incentives to people who had been vaccinated.

Some Australian businesses have been inundated with scathing online comments from anti-vaxxers after promoting incentives to get vaccinated.

In May, the Stomping Ground Brewery in Collingwood axed its “pot for jab” promotion due to negative commentary from anti-vaxxers on social media.

It had planned to give vaccinated people a free beverage at a beer festival, which was being held alongside a major vaccination hub at the Melbourne Exhibition and Convention Centre.

Qantas, Virgin Australia, Uber and travel company Luxury Escapes are among the larger companies that have unveiled incentives to encourage people to get the COVID-19 jab.

Earlier this year Qantas chief executive Alan Joyce said the airline would reward vaccinated passengers with discounts, flight vouchers and frequent flyer points. He revealed that 10 vaccinated people would receive free flights for a year as part of a rewards program set to start this month.

The use of incentives to boost vaccination rates has boomed in the US, where states are offering daily lotteries of cash prizes. Up to $5 million is up for grabs for New Yorkers who get vaccinated at state-run clinics.

A TGA spokesman said the watchdog had received five complaints in relation to businesses offering a reward as part of promoting the COVID-19 vaccine.

“The TGA undertakes compliance activities consistent with its regulatory framework which includes engaging with businesses to make them aware of their obligations in relation to advertising of therapeutic goods,” he said.

The spokesman said businesses were unable to offer alcohol as a reward for being vaccinated because of its potential to cause harm.

With Broede Carmody and Cassandra Morgan

Previous Will Australia’s players take a knee? T20 side united with Windies on action
Next A few things to know about comments on our online articles…