Not playing ‘anywhere near the level of expectation’: Hardwick urges Tigers to lift

admin 3 weeks ago AFL Comments Off on Not playing ‘anywhere near the level of expectation’: Hardwick urges Tigers to lift 16 Views 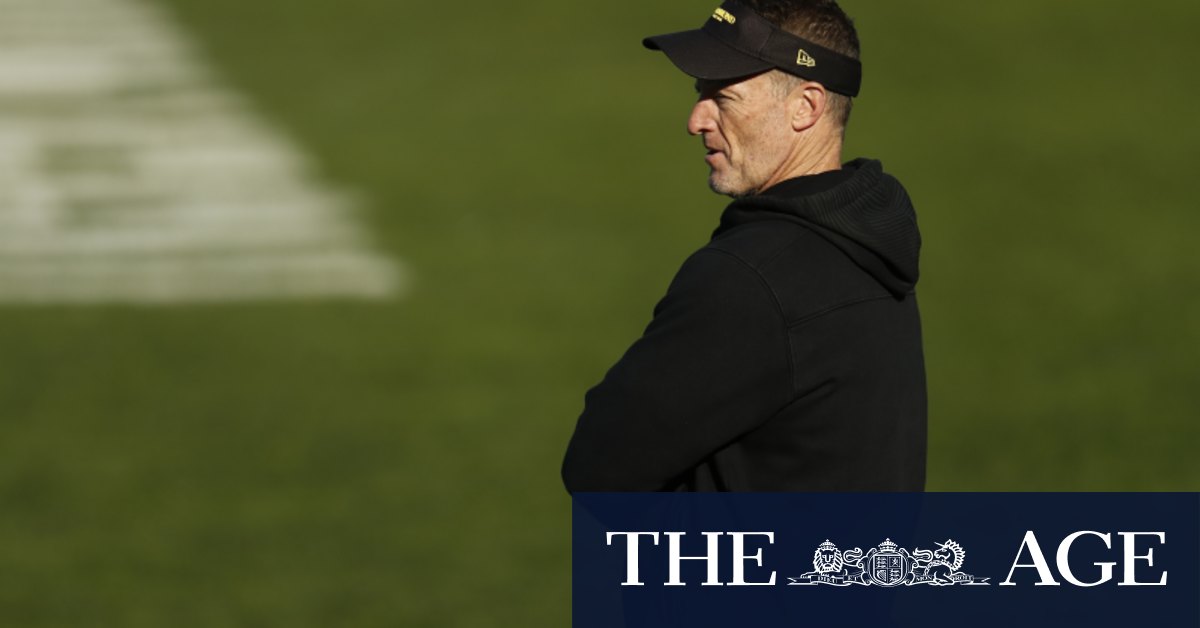 “When you have got Toby Nankervis out of your side, there is 10 contested ball (missing) … and we haven’t had Ivan Soldo all year, either. Two quality ruckmen that we base a lot of our game around. We have missed those guys enormously,” Hardwick said.

“Clearance wise, we have never been a great clearance (side), we would like to be a little bit better from that,” Hardwick said.

Hardwick said Daniel Rioli had impressed at half-back in the VFL and was a strong chance to be used in this role against the Magpies, should he be selected.

“His run and carry is back, which is really exciting for us. He is winning and halving contests, he is really excited by the challenge, as are we,” he said.

Sydney Stack is also in the mix to return. The West Australian had a tumultuous off-season, having found himself in jail in WA after breaking bio-security rules.

This incident came after he had breached AFL COVID-19 protocols during the 2020 season by attending a Gold Coast strip club, culminating in a fight outside a kebab shop – and a $100,000 fine for the Tigers.

He had to regain fitness and the confidence of his teammates upon returning to the club in late March.

“I think what happens is everyone matures and everyone grows up at stages, don’t they? Some take a little longer than others but we always thought Sydney’s on-field performance is not our biggest concern,” Hardwick said.

Previous The price of lockdown: Millions suffer at bottom of pyramid in south-east Asia
Next ‘Renovations have begun’: Bitter brothers fined for ruining house to deny sister a sale

Clarkson to receive $900,000 payout as he and Hawthorn part ways