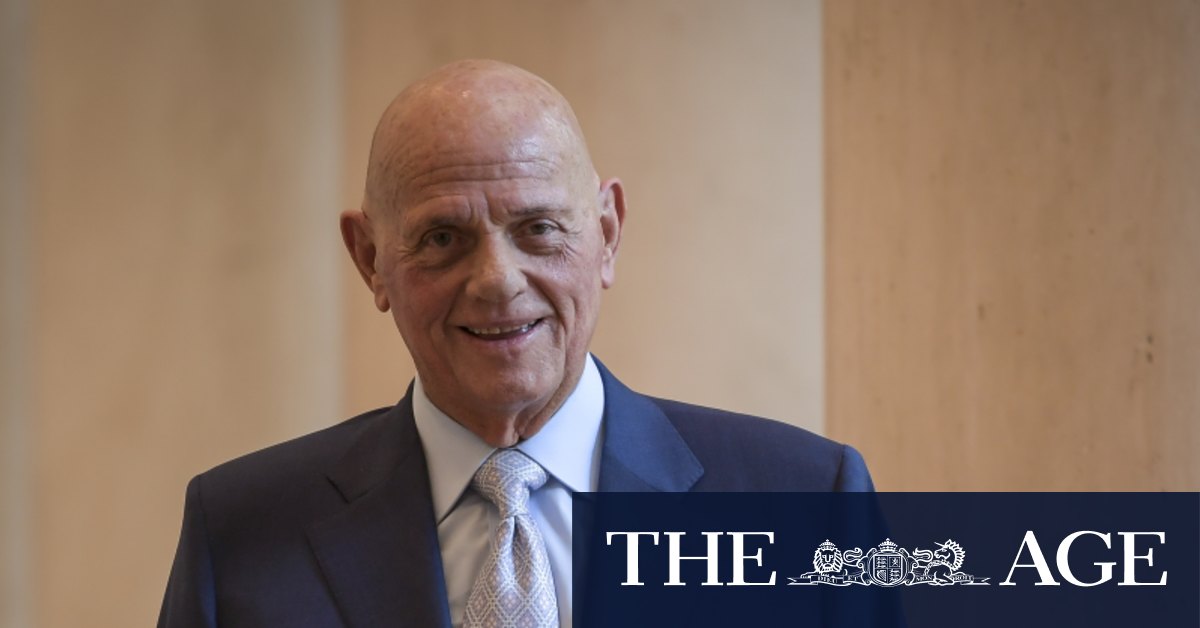 However, the company appeared to suggest it believed Mr Lew should launch a full takeover offer if he wished to gain control of the retailer.

“We do not believe it is in shareholders’ best interests to allow Premier Investments to take or exert control of Myer without shareholders realising an appropriate premium and appropriate value for this effective change of control,” the spokesperson said.

The veteran retailer’s latest move marks the most significant escalation of his war on Myer since successfully forcing the departure of former chairman Garry Hounsell at the company’s annual general meeting last year.

Following his departure, Mr Lew remained quiet until earlier this week when he acquired an additional $41 million in Myer shares, boosting his stake to 15.8 per cent, strengthening his calls for the company’s board to resign.

On Wednesday, Myer acquiesced to Mr Lew’s calls and offered the retailer board representation. A day later Mr Lew rejected the offer, saying Premier had “nothing to gain” by working with the current board.

Fund manager Wilson Asset Management is Myer’s next largest shareholder after Premier, with US fund Dimensional coming in third. The remainder of the register is made up of a number of smaller investors, who may be inclined to support Mr Lew given Myer’s depressed share price.

Shares in the retailer were up 2.3 per cent at 44 cents on Friday afternoon.

Oscar Oberg, fund manager at Wilson Asset Management, did not indicate how the fund would vote, saying it would wait and see what happens. “We’re just going to let it all play out, he said. “We don’t have a rush to make any decision as of yet.”

The retailer’s market capitalisation has been wiped out by $780 million since Mr Lew first bought in at the start of 2017 thanks to a number of management missteps and weak market conditions. Last year, the company reported a full-year loss of $172 million.