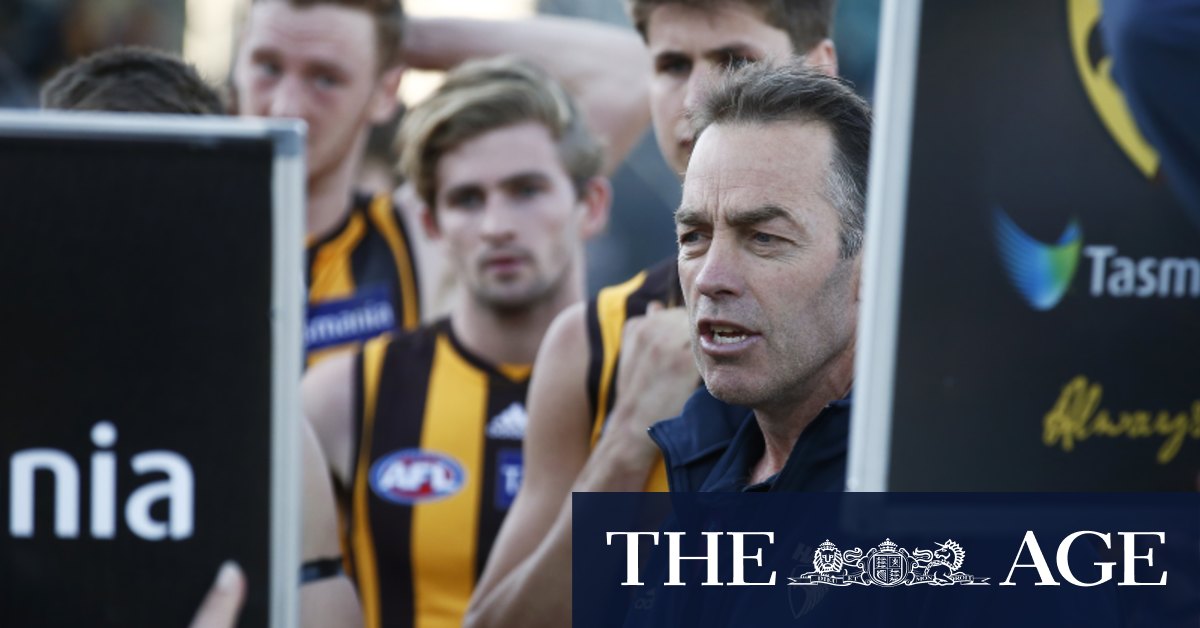 Tom Mitchell battled hard and Lachie Bramble was very impressive, but the Hawks’ midfield lowered their colours, with O’Meara and James Worpel disappointing. However, their pressure was good enough to keep the contest alive in the first half and give their defenders – led by Changkuoth Jiath, who was once again excellent as an intercept marker behind the ball – a chance to rebound.

Jiath’s efforts were important as the Hawks could not generate enough opportunities from stoppages.

Their cause was not helped when Jack Scrimshaw was subbed out of the game after copping a stray elbow to the head from Hawks skipper Ben McEvoy in a marking contest, and the loss of Blake Hardwick pre-game with Damon Greaves replacing the hard-nosed defender. When Jiath joined them on the sidelines with a right knee injury late in the third quarter, any run disappeared.

Hawthorn made mistakes at inopportune times and club stars such as Shaun Burgoyne, Luke Breust and Liam Shiel are not having the influence they once did. Jack Gunston and James Sicily are out injured.

It leaves the Hawks with a crop of youngsters that Clarkson will prepare well before handing over to Mitchell so he can impose his own ideas on the team.

By contrast the Dockers have a balanced midfield, with Mundy a lock for the All-Australian team, barring injury, and Darcy pressing a good case to be considered the best young ruckman in the competition. Fyfe took a screamer late in the game to celebrate his milestone.

Fremantle face Geelong next Thursday night at home in an attempt to entrench their spot in the eight, while the Clarkson experiment will continue against top team Melbourne next Saturday.