Australian soldiers could go back to Afghanistan if needed: Dutton

admin 2 weeks ago Federal Politics Comments Off on Australian soldiers could go back to Afghanistan if needed: Dutton 10 Views 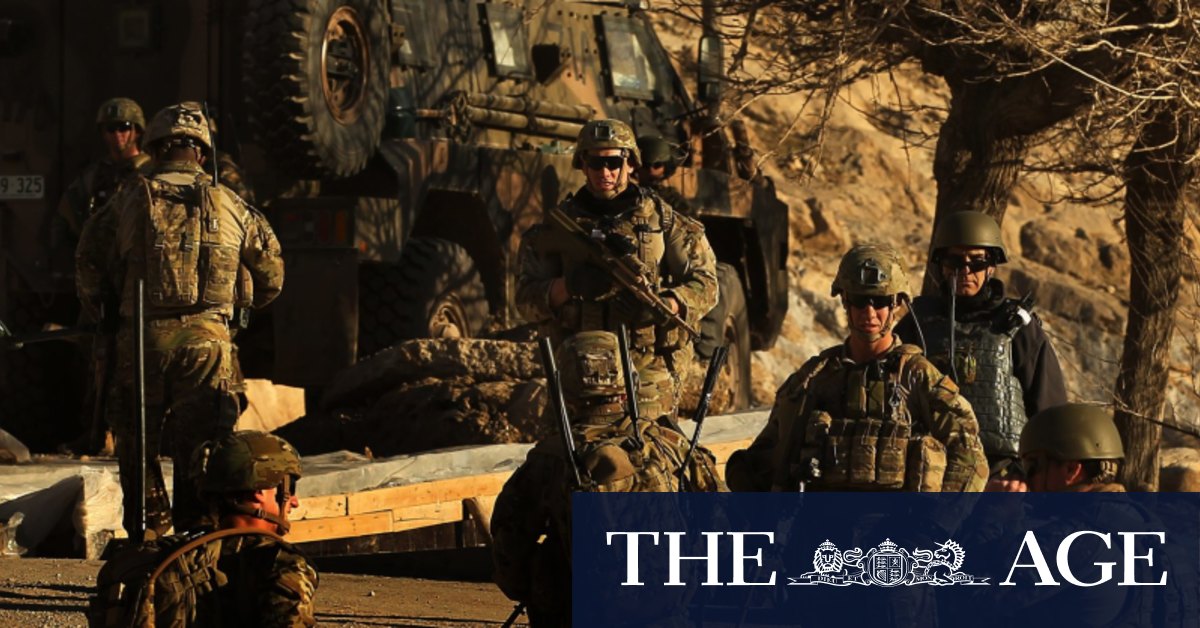 “That doesn’t mean that we won’t be a part of campaigns with the United States, perhaps involving the SAS or special forces, where we deem that to be in our national interest or in the interests of our allies.”

Setting out the possible scenarios that might justify military action, Mr Dutton said the threat of terrorism had not gone away and could require further deployments.

“Whether we see that manifesting in our own country, in the Middle East or elsewhere around the world, we will be part of an effort to defeat that and to make sure that we can keep, in our case, Australians safe, and wherever possible, the lives of our allies as well,” he said.

Australia’s role in Afghanistan has been the subject of several reviews into alleged war crimes, including a report by academic Samantha Crompvoets and a formal inquiry by the Inspector-General of the Australian Defence Force, Paul Brereton.

In a further controversy, a series of alleged murders by special forces soldiers will be investigated by a team of homicide detectives recruited from police forces.

Mr Dutton was not asked about war crimes but said the Australian Defence Force had helped prevent terror attacks by serving in Afghanistan.

“From a selfish perspective, the fact that we haven’t had a 9/11 style attack in the developed world, over the course of our engagement in that region, that should say to Australians that our sacrifice has been worthwhile,” he said.

Mr James said the government should make sure its new occasion did not detract from the way the community honours defence personnel on Anzac Day.

“It depends on what they mean by a special day,” Mr James said. “The days to honour all those who serve are Anzac Day and Remembrance Day.”

Prime Minister Scott Morrison has promised to work “as fast and as safely as we can” to issue visas to Afghans who served alongside Australians, amid fears those who cannot flee the country will become the victim of reprisals by the Taliban.

Mr Dutton said 1480 visas had been issued to Afghan interpreters and other personnel and their families since 2013, including 200 in the past few years, but that every application required thorough checks.