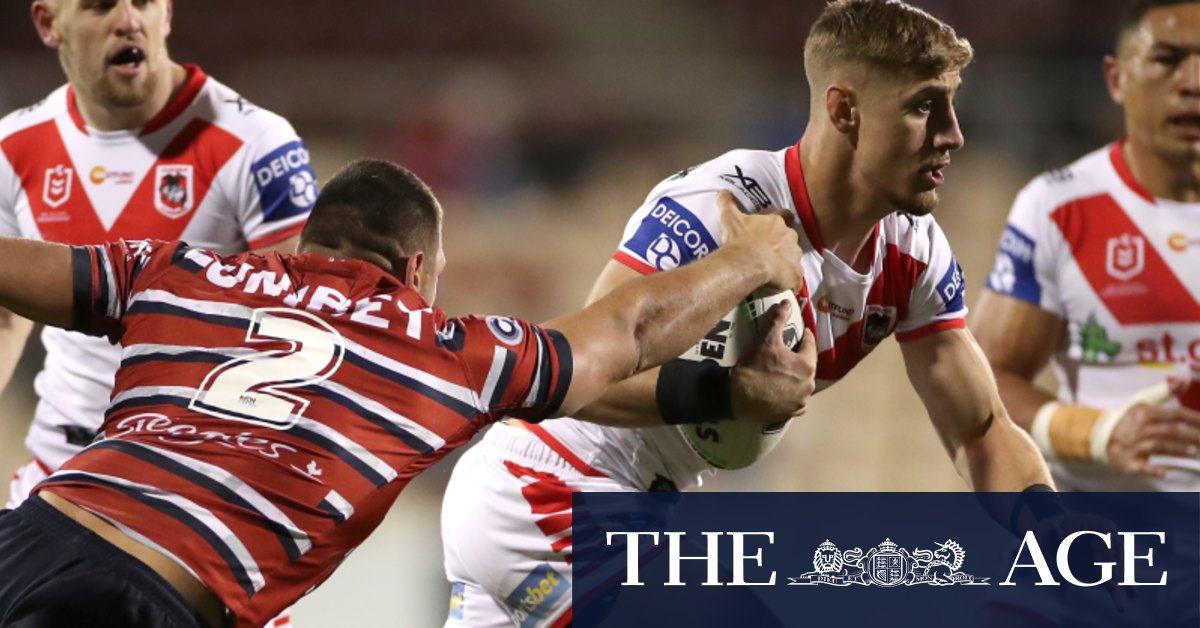 Complicating matters is the NRL will relocate all nine Sydney teams, as well as Newcastle and the Central Coast-based New Zealand Warriors, into a Queensland hub. Lomax and Alvaro could join their teammates at a later date.

Lomax hasn’t played in more than two months after undergoing surgery on a thumb injury, but was closing in on a return for the Dragons’ clash against Manly on Friday night.

The Dragons will at least be boosted by the arrival of Taunoa-Brown on a short-term deal to help them through the next month, in which all 12 of the players who attended Vaughan’s house party will have to serve one-game bans.

Taunoa-Brown will have to play as part of the Dragons’ 17 in each of the next three weeks.

The NRL scrapped the loan system it introduced last year, meaning Taunoa-Brown will have to sign a fresh deal when he heads back to the Warriors.

The move has raised eyebrows among rival clubs, which have privately argued the Dragons shouldn’t be allowed to sign a player to boost their playing stocks given their problems were self inflicted by the COVID-19 breach.

Those involved have started expressing their remorse. The players who were heavily fined by the NRL and Dragons have started ringing angry club members to apologise for their actions.

The club indicated last week it was working on a form of public apology on behalf of the 12 players still on their books, and some have started hitting the phones to express their remorse to paid-up supporters who had reached out to the club.

Coach Anthony Griffin and his support staff have some big decisions to make in how to stagger the suspensions for all 12 players.

The Dragons won’t be allowed to sit out more than six players in any one game in a bid to maintain the integrity of the competition, meaning the quickest they can put the affair behind them is two weeks. The NRL won’t allow them to stretch the bans out over more than a month.