Breaking News
Home / AFL / ‘They just looked shot’: Is this the end of Richmond’s finals hopes in 2021?

‘They just looked shot’: Is this the end of Richmond’s finals hopes in 2021?

admin 4 weeks ago AFL Comments Off on ‘They just looked shot’: Is this the end of Richmond’s finals hopes in 2021? 19 Views 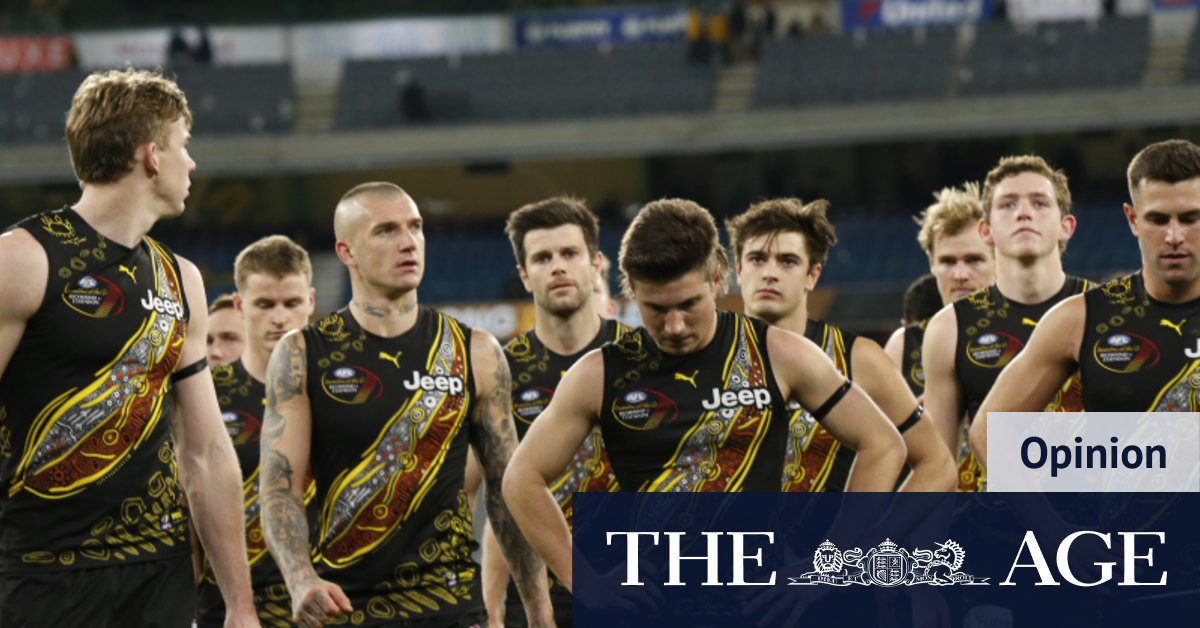 Their midfield has been decimated. Trent Cotchin is struggling. Their back six collapsed. After losing to Collingwood, who finally released the shackles under caretaker coach Robert Harvey on Sunday, Richmond looked shot.

This week on the Real Footy podcast, Michael Gleeson, Jake Niall and Caroline Wilson discuss whether this it for Richmond’s finals hopes in 2021.

Are there too many contenders ahead of them? St Kilda and Fremantle are surging, GWS look to be better placed and Essendon are a good chance. As a glance at the ladder shows, there’s very little between teams vying for the bottom spots in the eight.

Is Cotchin’s brilliant career coming to an end? How will his future tie in with Adam Cerra’s? And could a young Giant be on the move to Punt Road?

Of the teams who appear locked in to the eight in the run home, the Lions suffered a blow when Eric Hipwood went down with an ACL injury. The pressure is now on Joe Daniher to perform in the Brisbane forward line. How much of an impact will this have on the Lions’ premiership hopes?

And the Demons looked to have found their best form with their win over Port Adelaide, who themselves were exposed in terms of their top-four aspirations. The Demons looked more damaging with Ben Brown in the team. Will they stick with him for the rest of the season?

Also this week, we discuss Hawthorn’s succession plan for Sam Mitchell and Alastair Clarkson and how the Pies helped bring that decision forward. How will this affect the Hawks’ list management decisions? How will it change the way the players interact with the coach? And what does Clarkson’s immediate future hold?

We also praise the Swans, an exciting team showing plenty of resilience as they spend a large chunk of the season on the road due to the COVID-19 outbreak in Sydney. Can they finish top four and be a true premiership threat?

Plus, who might replace Steve Hocking at the AFL?

Previous ‘It just went ballistic’: Rise of the YouTube entrepreneurs
Next University professor found not guilty of nine charges relating to sending letters