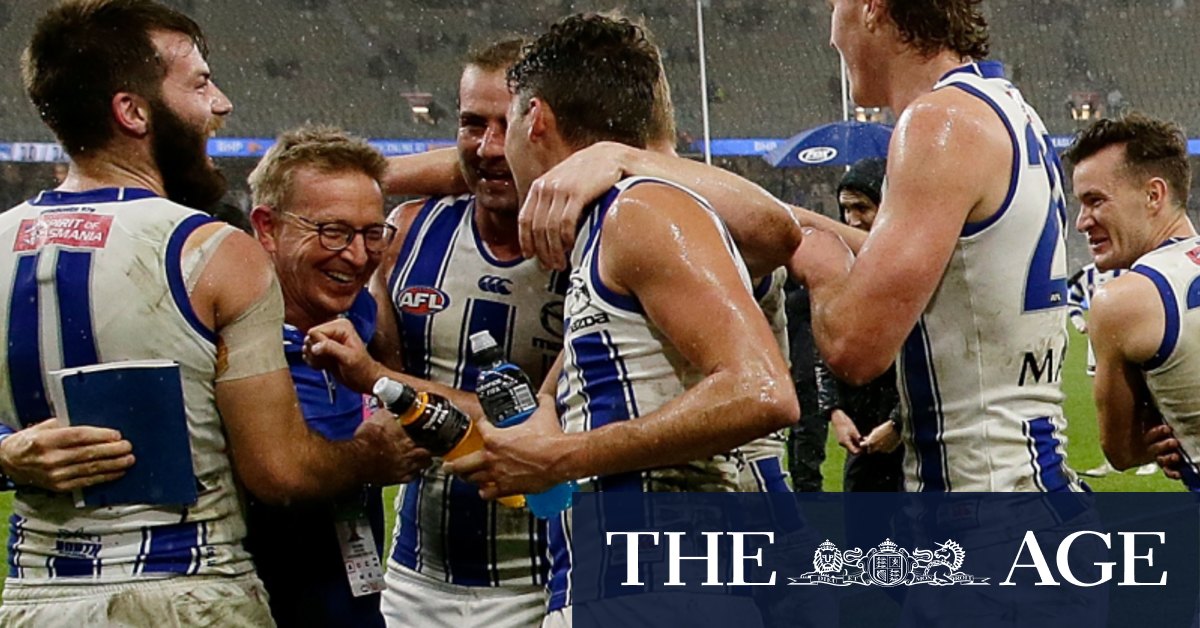 The Magpies, who returned to the winner’s list against Richmond on Sunday, will move above Carlton on the ladder if they beat them this week.

Although North’s percentage is by far the lowest in the competition, the two points they received for their draw against the Giants makes it less relevant in their attempt to lift themselves off the bottom and their run home is at least as kind as the Hawks, who have Melbourne, Brisbane, Adelaide, Collingwood, the Western Bulldogs and Richmond to come.

North Melbourne have not finished bottom since 1972, the year before they appointed Ron Barassi as coach on their way to their first premiership in 1975.

Hawthorn have not been wooden spooners since 1965 while Collingwood finished bottom in 1999, Tony Shaw’s final year as coach. Adelaide finished last for the first time in their club’s history in 2020 and their coach Matthew Nicks will be desperate to avoid a repeat in 2021.