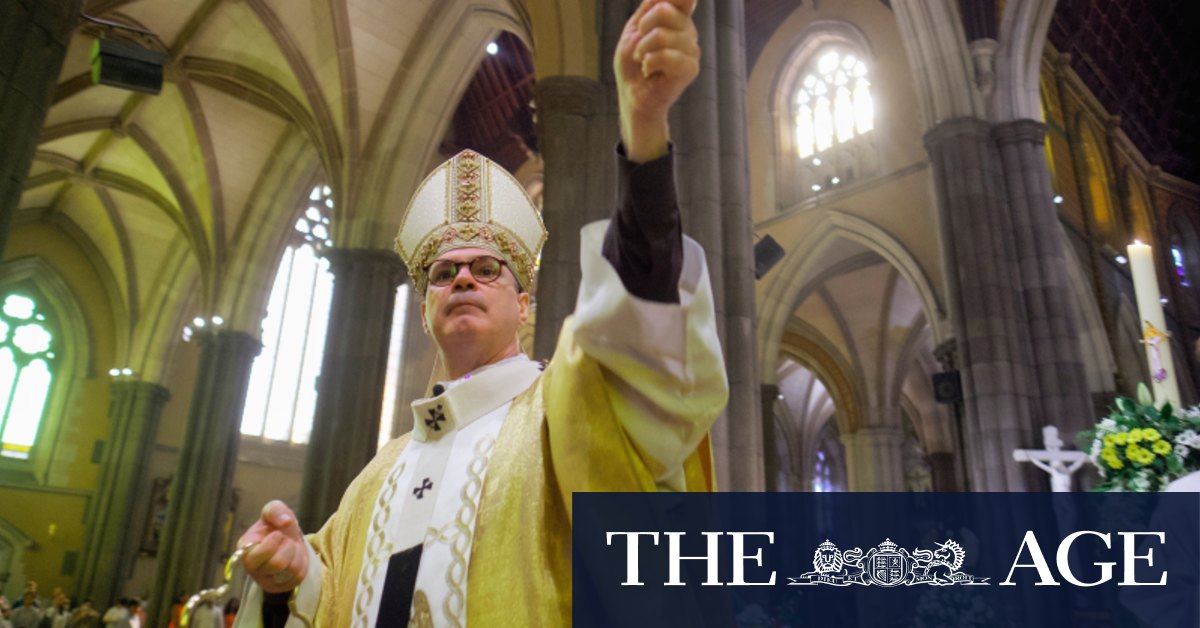 Figures show that the Catholic church is struggling to address priest shortages. More than half of the 224 priests and 28 seminarians in training in Melbourne 2019 were either born or recruited from overseas.

But while Catholics are pushing for reform, some have accused the Archbishop of failing to do the very thing the Plenary Council process promised: consult with lay people about the structure and governance of the church.

“Comensoli has effectively thumbed his nose at the Plenary Council,” said Catholics for Renewal spokesman Peter Wilkinson. “He has made a unilateral decision, settled on his own proposal, and then, only afterwards, invited them to comment on its implementation.”

Similar concerns were echoed in an anonymous letter from a church insider, which has been circulated to Melbourne’s priests in recent days. The document, seen by The Age, raised concerns that “this is one big amalgamation under the guise of mission” and that the changes could shift power within the archdiocese or lead to people becoming further disenfranchised with the church.

The Archdiocese has rejected these concerns, telling The Age that parishes would not be abandoned, and that the consultation process began a few weeks ago with two major briefings involving clergy and lay representatives.

“This is not an ‘imposition’, but a response to having listened within the Archdiocese,” a spokeswoman said.

“This will be a long journey. The next steps include regional meetings in August and September, followed by more local gatherings in October and November. All gatherings will involve both clergy and lay representatives, chosen at the local level.”

The proposed overhaul is the latest to take place under Archbishop Comensoli, who was appointed to lead the Melbourne Archdiocese in 2018 as the church was reeling from the Royal Commission into Institutional Child Abuse.

In that time, the Catholic leader, who cut his teeth as an assistant to then Sydney Cardinal George Pell, has undertaken a cultural and structural revamp bigger than any his Archdiocese has seen in years in a bid to reconnect with Catholics, tackle the Church’s debt and deficit, and make the archdiocese less “institutional” and more missionary in its focus.

Numerous key leadership roles in the archdiocese, including the director of his office to his general counsel and director of professional standards, now belong to women while the Council of Priests, which has historically operated on a reporting model, has been reformed as a strategic advisory group.

He has also moved to replace the Melbourne Response, the church’s controversial internal complaints scheme, in favour of a new national framework for survivors which he hopes will be more “person-centred”.

Previous St Kevin’s tackles sexism and misogyny that ‘still occur’ in school
Next ‘Endless search for perfection’: Scott optimistic scary Cats can get even better