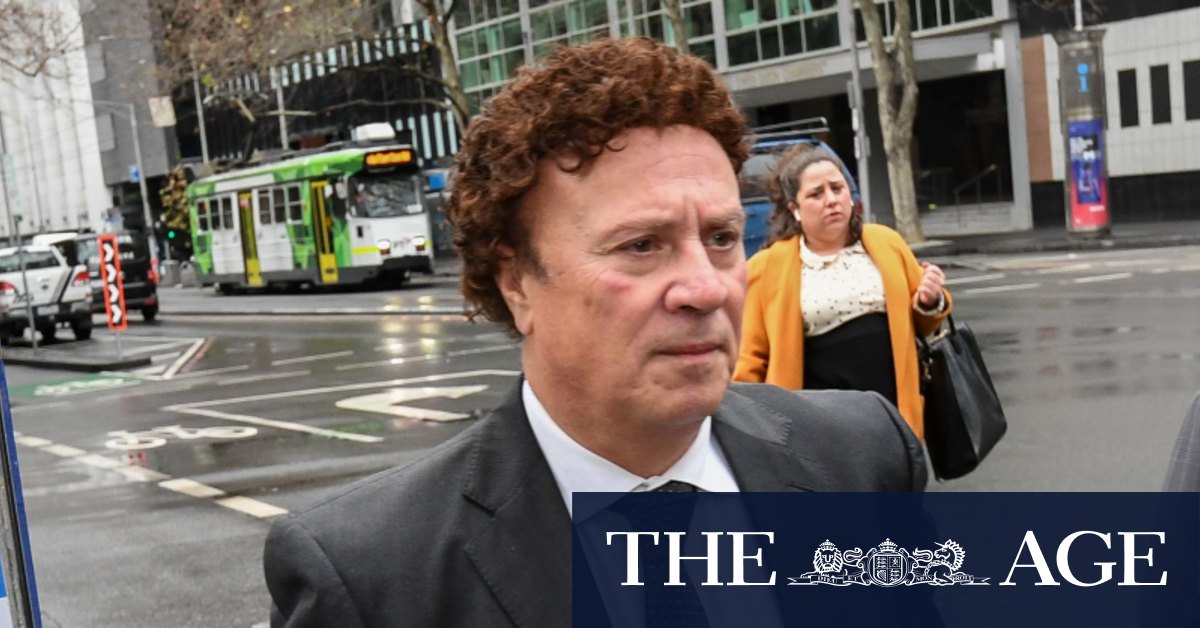 Squillacioti is a motor mechanic but was also the director of printing and IT companies that were awarded department contracts despite the businesses lacking the equipment to carry out the works, the court heard. Under the plea deal he accepted he personally benefited by $58,000.

Squillacioti was jailed for two years and five months and must serve 15 months before he is eligible for parole.

Both men pleaded guilty to one charge each of conspiracy to defraud and conspiring to pervert the course of justice.

On Wednesday Judge Georgiou said the two men were involved in creating and awarding contracts that appeared legitimate but only benefited themselves, and described their crimes as serious offending that warranted jail.

“The course of conduct was designed to hide the fact that departmental work was being conducted by your relatives, Mr Napoli, and that both of you were receiving financial benefits because of that work,” the judge said.

The men’s lawyers wanted them spared jail and to serve community correction orders based on their admissions, good future prospects, the adverse impact of media reports and because Napoli was primary carer for his mother and Squillacioti his wife’s carer.

Both men were ashamed, embarrassed and remorseful and had previously apologised to the court for their crimes.

But Judge Georgiou said their offending was sophisticated, well planned and only stopped when investigators circled. Their greed also denied honest people the chance to earn government tenders.

“You both corrupted the procurement processes designed ultimately to protect the revenue,” the judge said. “You undermined the trust that citizens of this state place in public servants to expend taxpayer funds honestly.”

During the rort Napoli advised Squillacioti and others, including distant cousin Daniel Calleja, on creating invoices and describing work that was never done.

During IBAC’s investigation, the bigwig instructed the group to destroy incriminating evidence and how to answer questions.

At one point a listening device caught Napoli telling associate Michael Giulieri, a former school principal: “We have to get your story right or I am shot – gone.”

On another occasion he told Squillacioti to destroy a spreadsheet detailing suspicious payments and warned that if the document was found, “it puts us in f—ing jail”.

Napoli’s crimes, Judge Georgiou said, were an “egregious breach of trust” from a high-ranking department figure who exploited his knowledge of the banker school scheme. Napoli’s 40-year career with the department ended when he resigned in disgrace in 2015.

Both men have paid back the money they defrauded, but Napoli is being sued by the state government for the funds it alleges were swindled.