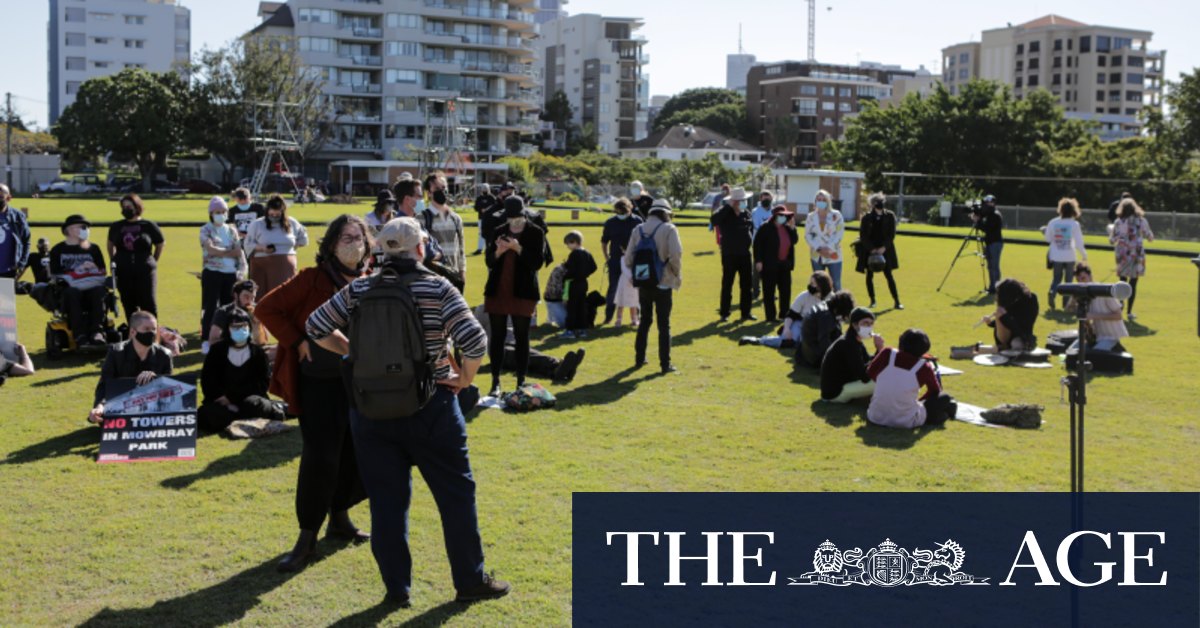 The council states an early round of community consultation between late 2020 and early 2021 sparked about 500 survey responses and suggestions the building “detracted from the visual amenity” of the site and that the bowling green was under-utilised.

Supporter and parent Michelle Phillips told the crowd if it was green space the council wanted, it could raze the old bowling greens and spare the building.

The council has added a note to its community consultation website stating it was in discussions with Backbone and had recently offered the organisation its recently upgraded “fit-for-purpose” Seven Hills Hub performing arts site – three-kilometres east and metres from an aged-care facility.

In a Facebook post on Thursday, Backbone welcomed the council’s support over the years but said a new venue would mean major changes to the programs and uses it was able to offer.

“There are no venues available which parallel what we have at the Bowlo,” it said.

In response to questions including whether there had been any formal arrangement reached with Backbone over a move, the council’s acting parks, environment and sustainability committee chair, Tracy Davis, said talks were “ongoing” around alternative council facilities after the organisation’s lease ended in November.

Backbone has been active in the city for 30 years but rarely had a stable, physical home. At the former bowls club, not used as such for more than a decade, it employs 27 people and has hosted an estimated 16,000 young people, 6000 artists and 41,000 spectators over the past four years.

The draft Mowbray Park vision is open for public consultation until August 1.