Boris Johnson exempted from isolation after contact with COVID-positive minister 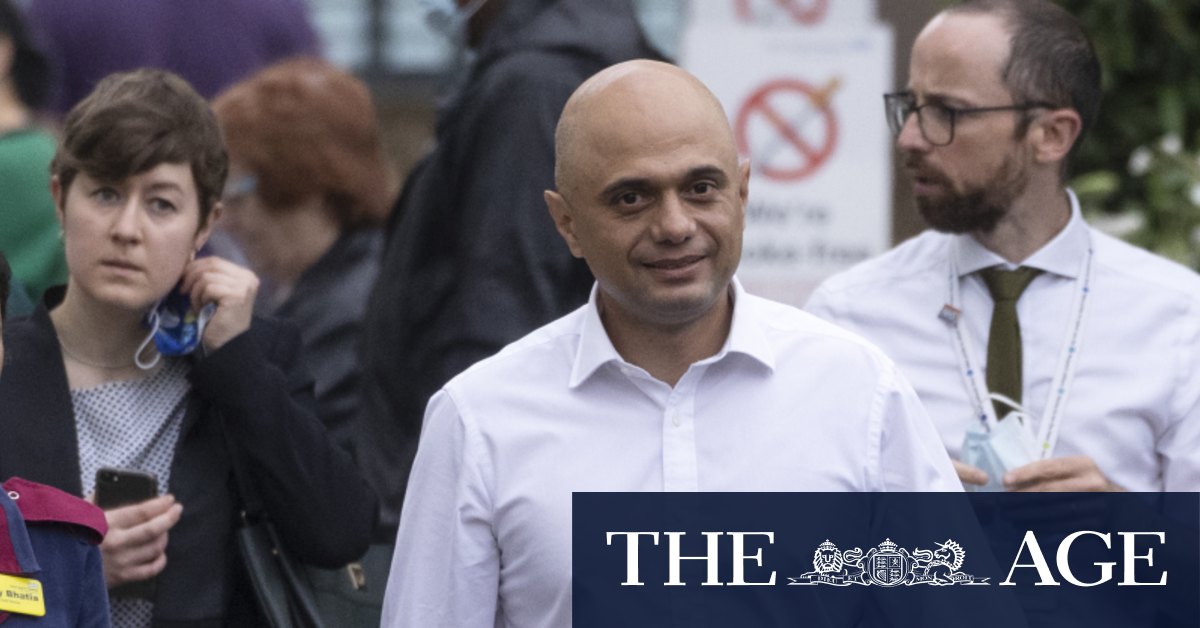 The pilot scheme that exempts Johnson and Sunak is currently running in 20 workplaces.

It is designed to look at whether daily contact testing is an effective way of identifying new cases.

The health ministry earlier announced that every adult had been offered a first dose of a COVID-19 vaccine, with 87.8 per cent of adults having received a first shot. The government says it has also met its target of giving two-thirds of adults two doses of vaccine by July 19.

The Health Secretary received the positive result from a lateral flow test that he took after feeling “a bit groggy” on Friday night.

He is now self-isolating at home with his family. In a tweet, he wrote: “This morning I tested positive for COVID. I’m waiting for my PCR result, but thankfully I have had my jabs and symptoms are mild.

“Please make sure you come forward for your vaccine if you haven’t already.”

Vaccines are not 100 per cent effective at preventing infection, but fully vaccinated people are less likely to get seriously ill with COVID-19 even if they can test positive.

On Tuesday, Javid was visiting a care home in south London, and earlier that day he was in parliament, mixing with MPs and fellow cabinet ministers.

Johnson is proceeding with the full re-opening of the economy despite a fresh surge of cases fuelled by the highly transmissible Delta variant. New infections are running at their highest level since January.

Some scientists have expressed concern about the re-opening given the high case rates, the substantial proportion of the population which is not yet fully vaccinated and the projected increases in hospitalisations and deaths.

Meanwhile, Britain has opted against mass COVID-19 vaccinations for all children and teenagers, with ministers instead preparing to offer the jabs just to vulnerable 12 to 15-year-olds and those about to turn 18.

The Joint Committee on Vaccination and Immunisation (JCVI) is believed to have advised ministers against the rollout of vaccines to all children until further evidence is available on the risks.

Instead, under guidance due to be issued tomorrow, jabs will be offered to children aged between 12 and 15 who are deemed vulnerable to COVID-19, or who live with adults who are immuno-suppressed or otherwise at severe risk from the disease. Vaccines will also now be offered to all 17-year-olds who are within three months of their 18th birthday.

The move is at odds with decisions taken in countries such as the US, Israel and France, where children over the age of 12 are being routinely vaccinated.

Professor Sarah Gilbert, one of the scientists behind the AstraZeneca vaccine, said the benefits of vaccinating children were “much lower and poorer” than inoculating adults. She added: “With still a limited number of doses available to vaccinate the world, we should use those doses for health care workers and for older individuals in countries that don’t yet have a vaccine.”

The UK decision is understood to have been made on a “risk-benefit” analysis based on protecting children rather than a calculation taking into account excess supplies that the country could ship for use in adults abroad.

Singer faces jail for using ‘entertainment to induce others to vote’