Curnow on track to feature in Carlton’s unlikely finals tilt 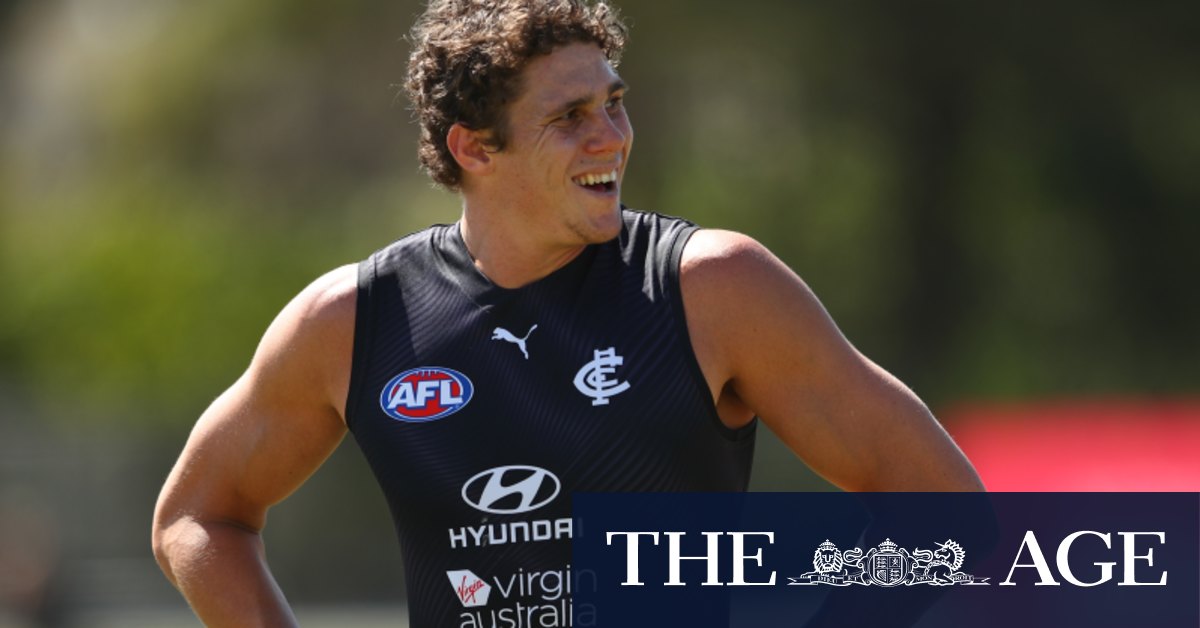 But Teague, whose job security remains shaky amid an ongoing review of the club’s football department and the spectre of Alastair Clarkson’s impending availability, said missing the eight would not be a failure.

“It’s about getting better, it’s about connecting, it’s about this group going forward. And I think particularly over these last four or five weeks we’ve seen some growth and we need to continue to grow as a group, and that’s where we’re at right now.

Co-captain Patrick Cripps is likely to return to face bottom side North Melbourne next week after missing Sunday’s win over the Pies through soreness.

“I presume so. It was touch and go. On Thursday he was going to play and then by Friday he just felt that he couldn’t get the job done to the level that he wanted to,” Teague said.

Teague said Walsh (39 disposals and a goal) was magnificent.

“He works as hard as any player I’ve been involved with…he just wills his way.”

Interim Collingwood coach Robert Harvey said “the dam wall broke” in the latter stages of Sunday’s game, in which the Pies coughed up a four-goal second-term lead to lose by 29.