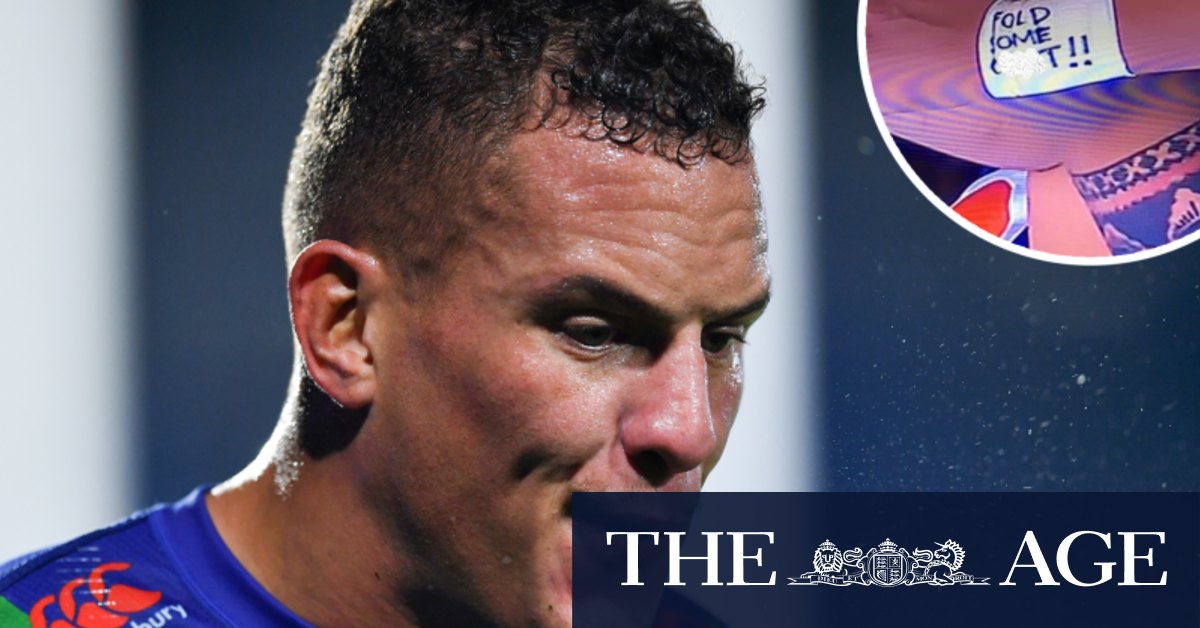 “If Evans is that much of an imbecile, he should be suspended before he takes the field,” Moore said.

Any suspension for Evans would be a major blow for the New Zealand side, who have Tohu Harris, Wayde Egan, Roger Tuivasa-Sheck and Rocco Berry all looking at spells on the sidelines after suffering injuries in Sunday’s round 18 clash.

Tuivasa-Sheck suffered a nasty head knock during the game which could see him ruled out for a number of weeks, while coach Nathan Brown said Harris and Egan would likely now be out for the season.

“Roger is in the best shape. I think Tohu Harris has done his ACL which obviously is a terrible injury and Wayde Egan’s shoulder is not looking likely to play again this year and then Rocco has done his hamstring,” he said post-match.

Brown said Egan offered to go back on the paddock and could be seen sitting on the bench, but was unable to even pass a ball due to the state of his shoulder.

“It’s not looking likely he’ll be any good for the rest of this year without having surgery,” he said.