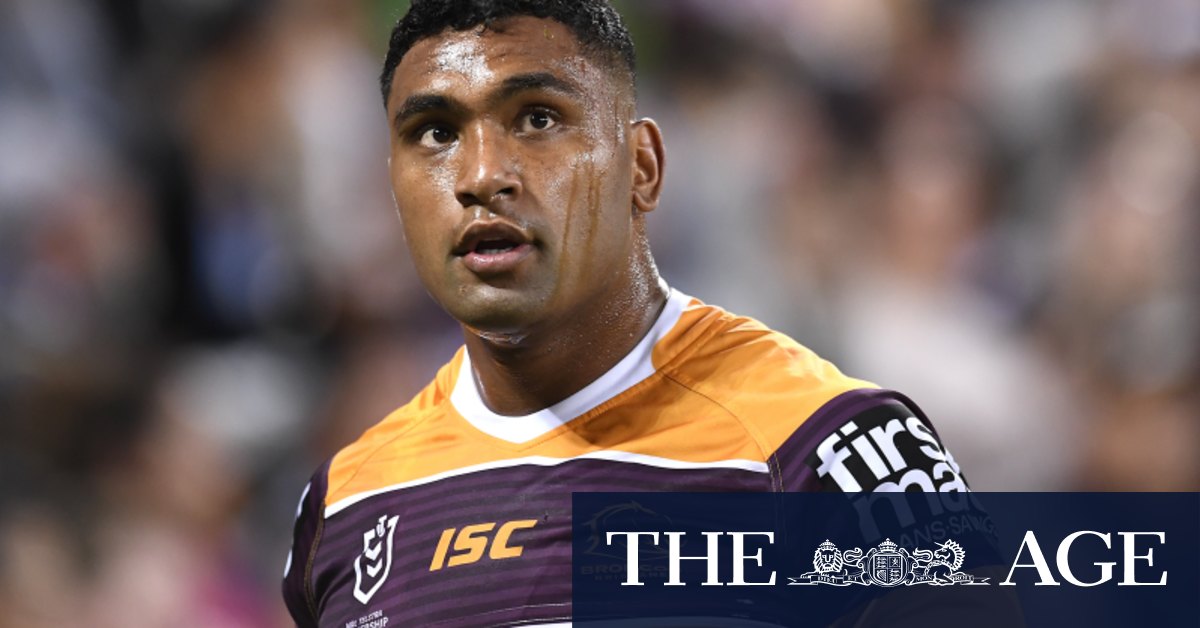 While Michael Maguire has copped flak for a perceived inability to bring players to the club, the Herald has been told Pangai Junior was impressed with the Wests Tigers coach.

The decision to join the Bulldogs was based around an improvement in their roster for 2022, with Pangai Junior to join Matt Burton, Josh Addo-Carr, Matt Dufty and Brent Naden at Belmore. Paul Vaughan has also been linked to the club.

The Wests Tigers have only managed to lure Super League duo Oliver Gildart and Jackson Hastings.

The Broncos were willing to release Pangai Junior immediately, however the Bulldogs are yet to decide whether he will join the club before the August 1 trade deadline.

The Bulldogs need to decide whether it is worth their while paying money for Pangai Junior in 2021 when they are next to no hope of playing finals football this year.

Meanwhile, St George Illawarra have reignited discussions with Wests Tigers utility Moses Mbye. The Herald reported earlier in the year that the Dragons had expressed interest in luring Mbye to the club mid-season, however Maguire shut it down following Mbye’s move to five-eighth.

The Dragons have once again asked the question of the Tigers in the hope of adding Mbye to their roster before August 1 but need to agree on how much each club is willing to chip in to cover his $850,000 salary.

Previous ‘Why can’t I have my say?’ Nofoaluma still considers himself leader
Next Regional communities on edge as they await COVID test results