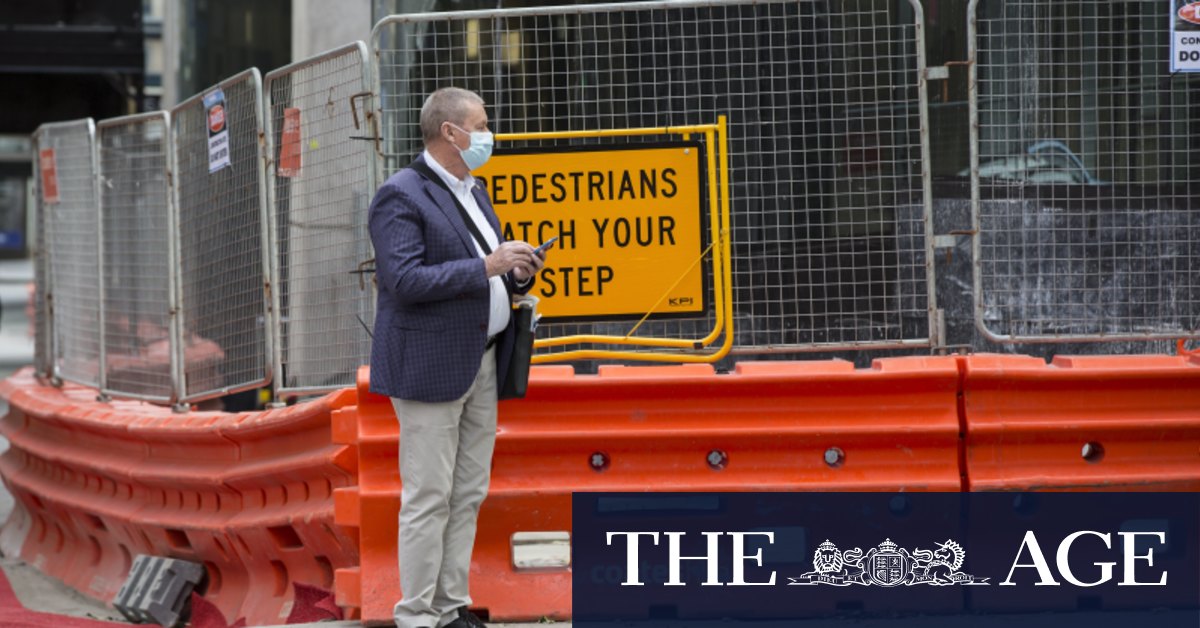 The NSW government and health authorities have maintained the mobility of workers has allowed cases to emerge in workplaces, prompting the COVID crisis cabinet to ban construction work for a fortnight.

The shutdown has outraged the construction sector, which warned the move will cost the economy billions of dollars and lead to substantial job losses.

In Victoria, the government also halved the number of people on site at big government infrastructure projects.

Construction industry bosses involved in the NSW government’s daily meetings have proposed a similar plan for Sydney. Compensation for the industry has also been discussed, although the focus has been on safety plans.

NSW Treasurer Dominic Perrottet said the government was working closely with the construction industry to find the best way to get the sector back up and running but minimise the risk from COVID-19.

Premier Gladys Berejiklian said the government was left with no choice but to significantly reduce workers’ mobility.

“The risk of thousands and thousands of people being mobile at one time, many of them coming from communities where we’ve had cases, was too big a risk,” Ms Berejiklian said.

“I appreciate how difficult that decision was … I think I expressed very frankly yesterday that it was the most difficult day in the office when we made that decision. But we have to if we’re serious about allowing individuals, families and businesses to bounce back as soon as we can.”

MS Berejiklian also foreshadowed that on-site COVID testing could be an option for construction sites.

“We are wanting to make sure that industry is well supported in having those extra COVID safe measures on site, including testing on site including a number of other things which can be done … the larger [sites] have a greater capacity for some of those testing arrangements,” Ms Berejiklian said.

“I also want to show the community that we are working with the construction sector on safe ways to go back to business on July 31, and I want to make that very clear.”

NSW recorded 98 new locally acquired cases of COVID-19 in the 24 hours to 8pm, with two-thirds of those reported in south-west Sydney. Twenty people were infectious in the community for more than one day.

There are 82 cases in hospital, including 24 people in intensive care and seven people receiving ventilation. A fifth person from this outbreak died- a woman in her 50s who was the mother of two infected removalists who travelled to regional NSW with the virus.