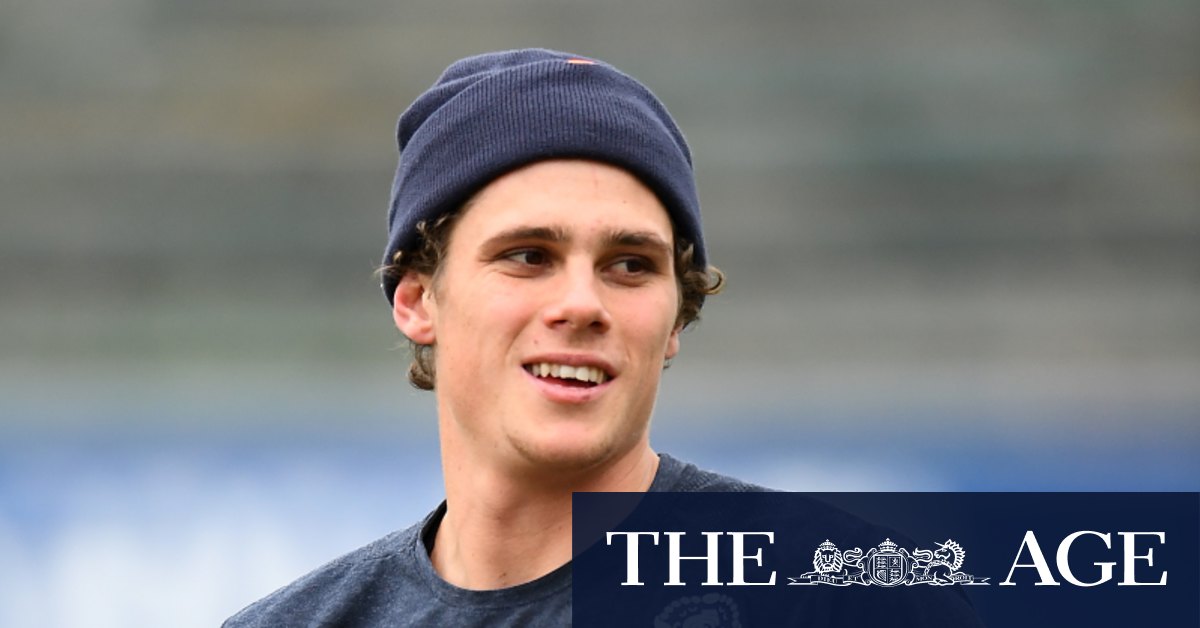 Brotherly dynamics are always interesting, and that’s certainly the case between Charlie and Ed, the latter seven years older.

“We are naturally pretty harsh to each other, we kind of give each other space around the club. I think half of the guys sometimes wonder if we even like each other but … really excited [about his return],” Ed Curnow said.

“Charlie was the youngest of five in the family. I was a bit older so I left early to go and hang out with [coach] Neil Craig and the Adelaide boys. I missed a lot of the years where he was going through school, seeing him develop. It’s been really nice over the last five years to hang out with him a bit more even though we don’t always seem that way.”

The elder Curnow was taken in the 2008 rookie draft by the Adelaide Crows but even struggled to get a game in the Glenelg seniors in the SANFL before he was delisted.

He returned to Melbourne and joined Box Hill in the VFL. He performed strongly there but broke his leg in his second season. However, the Blues gave him a second AFL chance in the 2011 rookie draft, and he has not disappointed since.

Reflecting on his career to date, Curnow acknowledged Mick Malthouse for turning him into a tagger in 2013, helping him to have a “good mentality to play good strong footy”. In recent years, his consistency as a tagger and/or when allowed to roam free has resulted in an equal third finish in the best and fairest in 2018, second in 2019 and third last year.

What Curnow does crave is a deep finals run but that remains an outside shot at best, even though a stirring 29-point win over Collingwood on Sunday has left the Blues, in 13th spot with seven wins, a mathematical chance of making the top eight.

They must win their remaining five matches, and rely on other results, but with Sam Walsh and Jacob Weitering in All-Australian form, and McKay also in contention, the Blues have hope.

“If you don’t have hope, you have nothing. We feel like we have that crack – who knows what can happen,” Curnow said.

“Even if we play really strong footy, and do drop one or two, it’s going to put us into a pretty good spot to bounce into next year.”

Co-captain Patrick Cripps (corked thigh) missed the Pies’ clash and will need to prove his fitness this week, while Marc Murphy (calf) is in a battle to play the four matches he needs to reach 300.

Clarkson to receive $900,000 payout as he and Hawthorn part ways