admin 2 weeks ago Sport Comments Off on Port and Crows flying east after on-again-off-again drama, Saint Marshall out after exposure site visit 10 Views 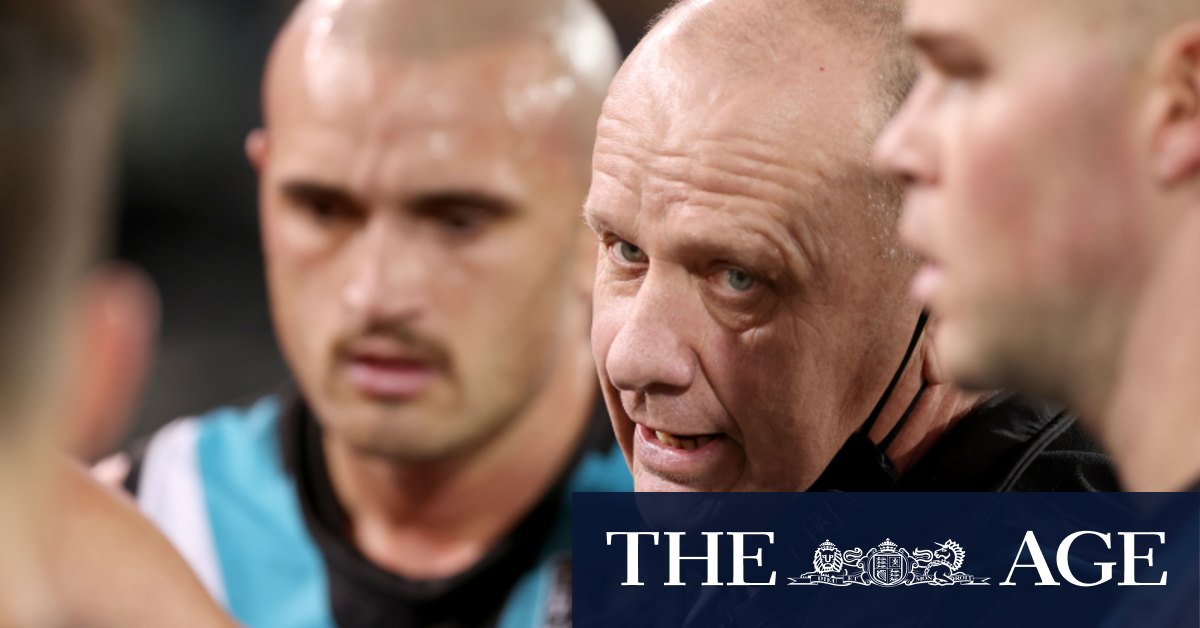 The move to Victoria was set to allow the South Australian sides better freedoms in terms of training than they would have had in their home state. Players and staff were meant to fly to Victoria on a charter flight this afternoon before South Australia’s lockdown begins.

There were five new cases of the Delta variant of coronavirus detected in South Australia on Tuesday.

The on-and-off move of the South Australian sides comes after several AFL players, including GWS’ Toby Greene and Western Bulldogs’ player Josh Dunkley were forced into 14 days of isolation because they attended coronavirus exposure sites in Victoria.

On another day of drama, club chief executives and league chief Gillon McLachlan met for four hours over Zoom, having rescheduled from what was a planned two-day conference.

The three main topics on the agenda were people and wellness, competition structure and industry economics. The latter included discussing the next collective bargaining agreement, the current deal expiring at the end of 2022.

That the league and clubs have lost more than $600 million in revenue over the past 18 months has clubs keen to have a new CBA again tied to industry revenue, as was the case for the first time when the last deal was confirmed in June, 2017.

Under that deal, players received 28 per cent of forecast revenue, minus exclusions, but the pandemic last year forced a remodelling, with players this year taking a 10 per cent cut in total player payments. The league remains bearish on its short-term outlook in that it will not financially return to a pre-coronavirus way until 2024.

Significant job losses because of financial cuts across the industry have intensified workloads in many club departments, leaving some staff at breaking point. This has prompted debate about whether clubs and league headquarters can have a more integrated workforce, and whether more contractors are needed, particularly with the AFLW season now rolling into the men’s season.

There appears little interest in an extended men’s season beyond what is now 22 matches over 23 weeks, despite suggestions from AFLPA president Patrick Dangerfield that the players could be open to as many as 27 matches.

While there has been public debate this season over why clubs were not scheduled to play each other once through the opening 17 rounds, ensuring fixture integrity in case the season was cut short like last year, requests for blockbuster and money-spinning fixtures from clubs and broadcasters means a run of 17 different opponents is seen as unrealistic.