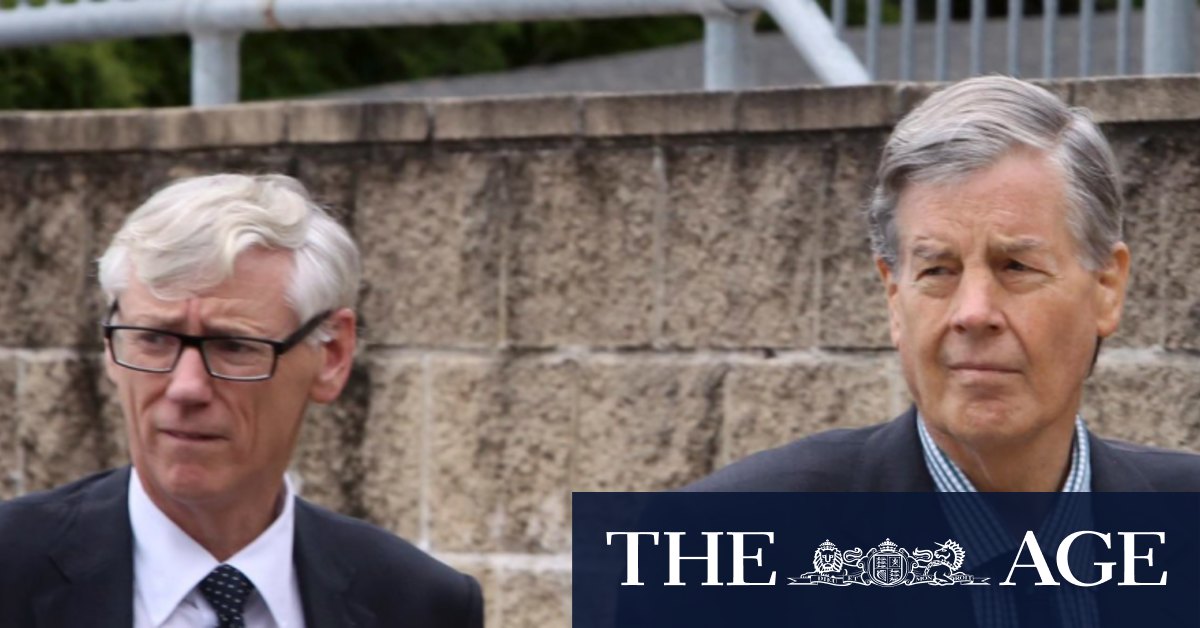 The 1990s was not an easy ride for television even though it was its heyday. David had to contend with the launch of pay television and the Super League wars. He fought both causes with his customary gusto and produced amazing results for Nine with its dual revenue streams of publishing and television.

David was a great mentor of talent both executive and on air. He spotted Hugh Marks at the legal department at Nine and pushed him into programming where he succeeded. He mentored David Gyngell and was always impressed by his success. David was generous in giving credit.

David lived and breathed his network and at the end of the 1990s he won the AFL rights for Nine (which they had to share with Ten) meaning Nine had both major winter sports. Plus cricket which was in his TV DNA. His tent at Wimbledon was the stuff of legends and continued magnificently by Bruce Gyngell who was Nine’s chairman when he returned from London.

David pilloried his network opposition relentlessly including Nick Falloon, his good friend from Nine who he called “the headmaster” because he always tried to speak sternly to David. He respected John McAlpine head of sales at Ten (who he called “tree”) and even helped Nick score “idol” for Ten.

Seven was unable to take it because of Popstars and it became a network staple when Ten was the most profitable of all the networks. He used to get Grant Blackley’s name wrong to irritate him. David, Nick and Grant secured the first deal to share the AFL when Seven got it back.

In 2000, a falling out with Kerry Packer – who David revered – over the new OZTAM ratings system led to his departing Nine. He dabbled in children’s TV concepts until his non-compete ran out and Kerry Stokes hired him to run Seven in March 2003. Seven was languishing in the ratings post the Sydney Olympics and having lost the AFL. David Koch was the only person winning his segment apart from Home and Away and David used to berate the programming department “get me some stars”.

Despite the difficulties it was beset with, David recognised the strengths of Seven and forged strong bonds with Seven stalwarts and he was joined early on by Peter Meakin and John Stephen’s from Nine (who had all been hired by Kerry Stokes before David arrived) .

A falling out with Seven’s head of sport who failed to accede to David’s rugby host suggestions – even though his advice was delivered from a restaurant – saw him hire Saul Shtein from Fox Sports to run sport and David promoted Tim Worner to run programming. They had somewhat of a mercurial relationship but David always got the best out of Tim (whilst giving him a hard time) and fostered his career development. Bradley Lyons and Angus Ross we’re also promoted by David. He also hired James Warburton from McCanns and encouraged him to run network sales. Given it was a standing start in a new field, David supported James to the hilt and saw him triumph.

He reminded them how much Seven spent on Disney and “asked” (ordered) the waiter to bring their most expensive bottle of cold white wine and to “keep them coming”.

Simon Francis, Kerry Stokes’ head of PR, was fearful of his arrival having answered a media question speculating on the appointment by saying that the last time he looked, David’s car was not in Seven’s North Sydney car park. It soon was.

David was a great mentor and after the Athens Olympics the launch of Dancing with the Stars started the network’s return which he then capitalised on to secure the number one position in 2008 with rising profits since 2005. David inked the Yahoo7 joint venture with friend Terry Semmell and acquired Murdoch magazines from Matt Handbury (which brought Marie Claire and Better Homes and Gardens into the magazine stable) and Time Australia (Who weekly) when Warner sold the local publishing operations.

He brought Nick Chan over to run it who he called the inscrutable chinaman. Chan returned the favour by asking for a spot on Border Security which a lot of the time focused on people trying to avoid immigration.

David had always hated the Disney “output agreement” which cost Seven over $100 million a year and swore he’d get rid of it. However, shortly after his arrival Disney produced a series of hits Desperate Housewives, Lost and Grays Anatomy which helped turn seven’s fortunes.

When David was having dinner with Disney in LA, they tried to serve him a $25 bottle of wine at l’Orangerie in Los Angeles and he reminded them how much Seven spent on Disney and “asked” (ordered) the waiter to bring their most expensive bottle of cold white wine and to “keep them coming”.

David had drinks in his office every night to relive the day and then watch the 6pm news. He loved it when Ian Ross joined from Nine and similarly when Mark Ferguson joined. Today Tonight was the bane of his life when advertisers complained but David dealt with their complaints deftly and pragmatically. At one stage he rang Craig McPherson (the producer of the show, now head of news) and asked him if he should just send him the list of network advertisers so he didn’t leave anyone out.

David was CEO in 2007 when the network was sold to KKR for $4 billion. David kept on running the network and Kerry Stokes put him on the board of Seven Group Holdings. His interests largely focused on television and he would have his secretary bring a note in to him in the board meetings when the industrial portfolio was being discussed and make his excuses. He suggested Terry Davis (head of Coca Cola Australia) and Richard Euchritz join the board and was mortified when at his first board meeting the waitress delivered Terry a Diet Pepsi.

David didn’t like meetings but when called upon to attend he knew he had to perform. One of the KKR men who was a very bright analyst was referred to by David as a propeller head. They became firm friends and David then upgraded his nickname to “rocket scientist”.

Another of the KKR analysts asked to David’s great delight why the network produced and bought hits as well as non hits and wouldn’t it be better just to buy hits. David was so delighted by the question he had the young man repeat his question to the heads of programming.

When Archer Capital bought the V8 Supercars – a Seven property which it stole from Ten to Nick Falloon’s disgust – David was ushered into a board room to meet the new owners. He looked straight ahead and said: “which genius thought it was a good idea to buy the sport without speaking to us?“. He turned and walked out.

David had originally selected James Warburton to succeed him as CEO, however Lachlan and Sarah Murdoch proved more persuasive and remunerative and James sadly left Seven for Ten. But not before a colourful court case in which David gave evidence in his typical robust style, describing media buyers and some of the Seven board members in an unflattering manner. Despite that, Seven still won the case. David mended bridges with James swiftly even though they ran competing networks. No one was more delighted than David by James’ return as CEO in 2019, “That only took ten years,” David said.

Kerry Stokes was a great supporter of David who remained a well paid consultant even after he ceased to be CEO. During his long career, David was always quick to praise but would be forthright in taking the blame for programming decisions that hadn’t worked. Even recently he would host Seven’s programmers to discuss programming ideas. He was so delighted recently by a win he arranged for “We are the champions” by Queen to be playing as they walked in. Even though they had to hover outside as he (always technologically challenged) adjusted his sound system.

David only knew one key on his computer which was the delete button. As a result he never had emails clogging up his inbox which was empty (although he did write two words to a programmer at Nine when they purported to criticise one of his decisions).

David missed television even though he took great pride in his family. His oldest son Tim from his first marriage was always warmly encouraged by David and remained close. His sons with Skye, Harry and Ben, brought David enormous pride with their accomplishments and talents.

Skye and David as a couple were a unique double act who got the best out of each other and were generous to their friends and family. We will all remember David with enormous love and admiration and he leaves a gap in our lives as clear and lasting as his legacy is.

Previous Port’s flight to Melbourne halted, Marshall out for Saints because of exposure site visit
Next Sweet 16: Australia tipped for biggest Olympic gold medal haul since 2004