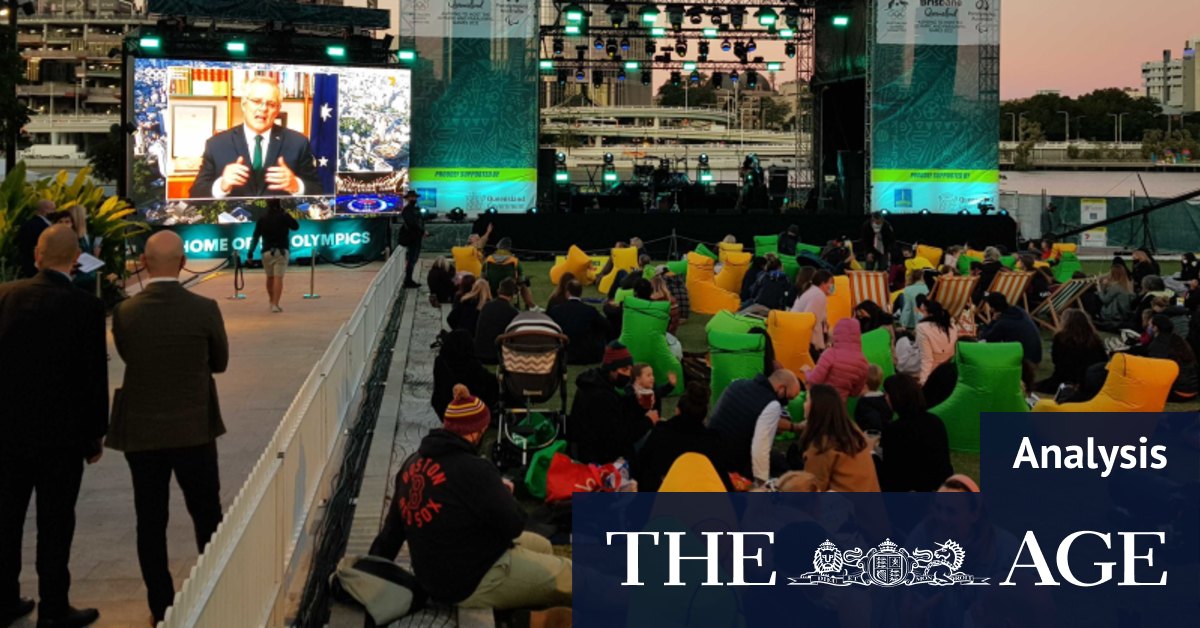 There has been no schmoozing or boozing. IOC rules banned them from approaching IOC members during the conference and even the lunch with Bach was dry after the Japanese government requested all Tokyo bars and restaurants stop serving alcohol under its state of emergency decree.

Australia’s ambassador to Japan, Jan Adams, briefed the Brisbane delegation on Monday night. She explained that within Tokyo, there was growing scepticism about the decision to hold the Games during a pandemic and frustration at so many foreigners descending on the city when COVID-19 case numbers were spiking towards a potentially dangerous fifth wave.

On Tuesday night there were some technical hiccups, when it took two hours for Coates, Palaszczuk, and Schrinner to walk through their speeches and for IT experts to ensure that Brisbane’s video presentation and a live cross to Prime Minister Scott Morrison in Canberra would be be delivered without a hitch.

The only IOC member to publicly raise a concern about the Brisbane bid was former Hungarian president Pal Schmitt, who turns 80 next year and noted that 11 years seemed a long time to hold a host city to its promises.

After successive Games in the mega cities of Tokyo, Paris and Los Angeles, Brisbane looms as a very different Olympics. Brisbane is the smallest city since Helsinki in 1952 to host an Olympics and its Games will be genuinely regional, with the venues spread across Brisbane, the Gold Coast and the Sunshine Coast.

Brisbane’s final pitch, led by Morrison, was simple and given the current situation in Tokyo, tailored for the times; Australia had successfully hosted Olympics twice before, could be trusted to deliver again and would have the backing of a sports loving population to do it.

As Morrison put it: “We know what it takes to deliver a successful Games in Australia.”

Schrinner drew a comparison between Brisbane and Barcelona, the Spanish city that knocked off Brisbane’s bid for the 1992 Olympics. He said hosting the Olympics would help make the emerging, mid-sized city a healthier, more active, smarter and more connected place.

The lord mayor described a Games setting far removed from the tight COVID-19 protocols that have quarantined the Tokyo Olympics from their own host city and emptied the Olympic venues of spectators.

For Coates, the Brisbane Olympics – the “together Games,” as he dubbed them – is a personal triumph on two levels.

Having worked on Brisbane’s failed bid for the 1992 Games as an Olympic outsider and embraced the darker arts of IOC graft and gratuity to secure the 2000 Games for Sydney, he has now changed the rules of the Games to benefit Brisbane.

Whatever you think of Coates – and like the IOC, many traits have been subscribed to him over the years – Brisbane will be his glittering legacy and final project.

He has confirmed to The Age and Sydney Morning Herald that, after he steps down as AOC president next year, he will retain a place on Brisbane’s organising committee.