Race-by-race tips and preview for Kembla Grange on Thursday 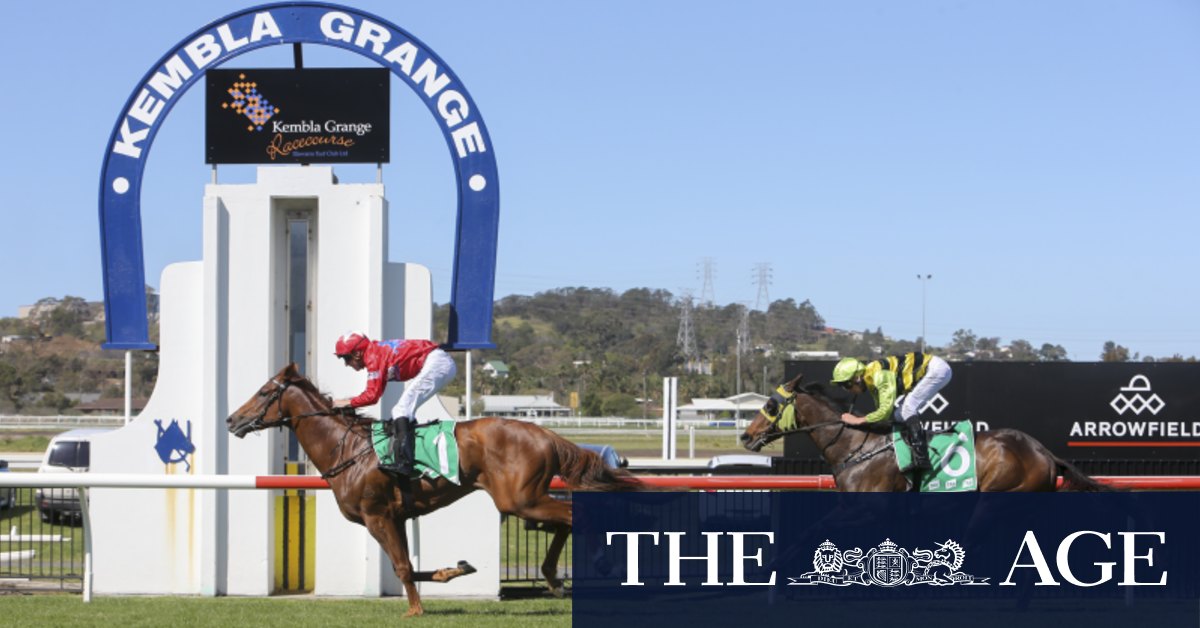 4. Russian Standard had plenty of excuses for his debut failure so happy to overlook it. He’s yet to be beaten in five barrier trials so from gate one if he brings his trial form to the races he should take plenty of beating.
Dangers: 1. As You Were has only trialled the once and it was quite a nice showing at Canterbury earlier this month as he finished right on their feels in fourth. Has found James McDonald to ride and bears close watching. 5. Camplin was a beaten favourite before a spell at Gosford in March, her first placing in three starts. Latest trials have been pleasing to the eye so she might be worth another look this prep. 9. Smokeshow wasn’t asked for anything serious as she jogged into third in her Canterbury trial. If there’s support it’d be significant.
How to play it: Russian Standard to win and trifecta 4/1,5,9/1,5,9.
Odds and Evens: Split.

3. Noble Soldier looks in for a handy preparation judging by his closing second on a heavy track at Nowra. Drops in weight and tends to improve second-up, if he runs up to his Canterbury effort from February he’ll go close.
Dangers: 2. No Impediment was a popular first-up winner then a drifter in betting here two weeks ago and didn’t get warm until the race was all over, running into fourth. Perhaps the extra 100m will
help now and he’s capable of improving. 1. A Magic Zariz is rising nine but rarely runs a bad race and only just missed in a similar event at Newcastle over 1400m. Hard to leave him out of the main hopes. 5. Real Key hasn’t won for a while but his last couple have been handy at this track. Held his ground when third over 1200m two weeks ago and should be thereabouts again.
How to play it: Noble Soldier to win.
Odds and Evens: Split.

1. Mirror One made a promising debut at Newcastle almost a month ago, he kept finding the line there and can only be better for the experience. Draws well and extra 100m looks a plus. Hard to beat.
Dangers: 12. King Of Hearts has to be considered if he runs here. Excellent effort first-up at Canterbury where he arguably should have won then a bit flat at Newcastle when ridden closer. Capable of bouncing back. 2. Kennedy Choice is racing very well but seems to find one or two better lately. Runner-up twice at 1400m then back to 1100m at Canterbury last time and held on OK.
Each-way. 3. Carlisle Bay is also going well and doesn’t seem to get the breaks very often. Had a tough run here two starts back but stuck on then out to 1500m and held his form. In the mix again.
How to play it: Mirror One to win and trifecta 1/ 2,3,12/2,3,12.
Odds and Evens: Split.

1. Stoical was a dominant winner first-up then didn’t appreciate leading at Canterbury right up in class. Freshened up and better off back here, drawn well and if he runs up to the Hawkesbury win he should go close.
Dangers: 5. Stormborn wasn’t disgraced second-up at Kensington before a hard-fought win at Hawkesbury three weeks ago and the third horse from that race has since won. Sure to be competitive. 11. Charm Offensive has been a little disappointing at his last couple but is always some chance in this sort of race. Strike rate isn’t great but 11 second placings says he can put in now and then. Each-way. 10. Kittyhawk Flyer broke through in good style two starts back before striking a heavy 10 at Gosford and she wasn’t a factor. Draws out but firmer track should assist and placed in both runs here. In the mix.
How to play it: Stoical to win.
Odds and Evens: Odds.

15. Command King has been right in the market in two runs back and found one better but gets another chance here. Fair to say he had his chance second-up but didn’t give up, draws ideally and expecting a peak run third-up.
Dangers: 10. Super Solar comes through the same race and he hit the line quite nicely late beaten under three lengths. Might have to give away a big start from the wide gate but if he gets the breaks he has a show. 3. So Sneeky has won twice at Nowra this time in and the latest by seven lengths leading all the way. Interesting to see how he measures up here, expect he’ll go forward from the
wide gate. 4. Zudin has been sound enough in two runs back to suggest he could be ready to fire with James McDonald riding.
How to play it: Command King to win and trifecta 15/3,4,10/3,4,10.
Odds and Evens: Split.

11. Joe’s Joy lands one of these races now and then and is a good each-way hope in a wide open race. Just failed here two starts back at this trip, disappointed at Gosford last week but could easily show up.
Dangers: 2. Deadly Impact has been very good in both runs since a break and had plenty of support when runner-up over 1600m here two weeks ago. On form he’s the horse to beat and should run well with even luck. 4. Sepulchre held off Joe’s Joy to win here last start a month ago, her first win on a heavy track so a firmer surface won’t be against her. No reason she can’t be competitive. 5.
Duchess Of Windsor is fitter for two runs back and steps up to her preferred distance range now. Boxed on OK at Newcastle to just miss third and is another with each-way claims.
How to play it: Joe’s Joy each-way.
Odds and Evens: Split.