Sigh of relief: the race to create a reliable COVID breathalyser test

admin 2 weeks ago World News Comments Off on Sigh of relief: the race to create a reliable COVID breathalyser test 17 Views 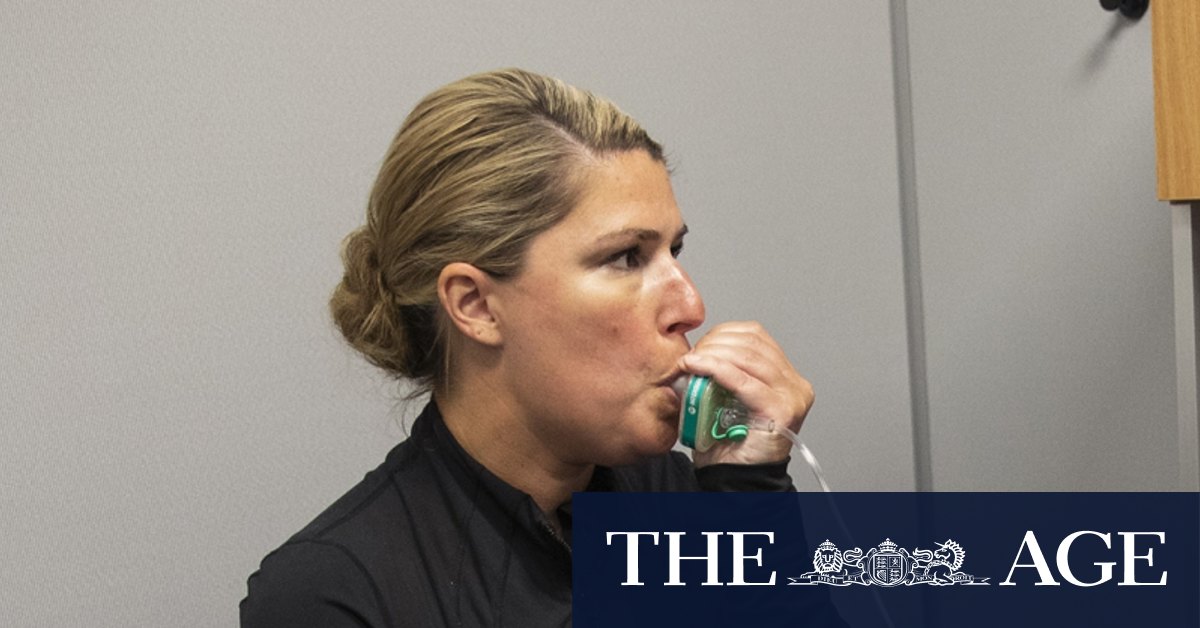 The Biology of Breath

Human breath is complex. Whenever we exhale, we release hundreds of gases known as volatile organic compounds — byproducts of respiration, digestion, cellular metabolism and other physiological processes. Disease can disrupt these processes, altering the mix of compounds that the body emits.

People with diabetes, for instance, may have breath that smells fruity or sweet. The odour is caused by ketones, chemicals produced when the body begins to burn fat instead of glucose for energy, a metabolic state known as ketosis.

“The idea that exhaled breath could hold diagnostic potential has been around for some time,” Davis said. “There are reports in ancient Greek and also ancient Chinese medical training texts that reference a physician’s use of smell as a way to help guide their clinical practice.”

Modern technologies can detect more subtle chemical changes and machine-learning algorithms can identify patterns in breath samples from people with certain diseases. In recent years, scientists have used these methods to identify unique “breath-prints” for lung cancer, liver disease, tuberculosis, asthma, inflammatory bowel disease and other conditions. (Davis and her colleagues have used profiles of breath compounds to distinguish among cells that had been infected with different strains of flu.)

Before COVID hit, Breathomix had been developing an electronic nose to detect several other respiratory diseases.

“We train our system, ‘OK, this is how asthma smells, this how lung cancer smells’,” said Rianne de Vries, the company’s chief technology and scientific officer. “So it’s building a big database and finding patterns in big data.”

Last year, the company — and many other researchers in the field — pivoted and began trying to identify a breathprint for COVID-19. During the virus’ initial surge in the spring of 2020, for instance, researchers in Britain and Germany collected breath samples from 98 people who showed up at hospitals with respiratory symptoms.

Thirty-one of the patients turned out to have COVID, while the remainder had a variety of diagnoses, including asthma, bacterial pneumonia or heart failure, the researchers reported. The breath samples from people with COVID-19 had higher levels of aldehydes, compounds produced when cells or tissues are damaged by inflammation, and ketones, which fits with research suggesting that the virus may damage the pancreas and cause ketosis.

The COVID patients also had lower levels of methanol, which could be a sign that the virus had inflamed the gastrointestinal system or killed the methanol-producing bacteria that live there. Those breath changes combined “give us a COVID-19 signal,” said Thomas, a co-author of the study.

Several other studies have also detected unique chemical patterns in the breath of patients with COVID-19, and some devices claim impressive results. In one study of the SpiroNose, which included 4,510 participants, a team of Dutch researchers reported that the device correctly identified at least 98 per cent of people who were infected with the virus, even in a group of asymptomatic participants. (The study, which included researchers from Breathomix, has not yet been peer-reviewed.)

But the SpiroNose had a relatively high rate of false positives, the study found. Because of this problem, the device does not provide consumers with a definitive diagnosis; the results either come back negative or inconclusive, in which case a standard polymerase chain reaction test is administered.

Dozens of testing sites in the Netherlands are now using the machine, de Vries said, but there have been some hiccups. In May, Science reported that Amsterdam’s public health authorities suspended use of the SpiroNose after 25 false negatives. Officials later determined that user error was largely responsible, and SpiroNose screening has resumed, de Vries said.

The research being done now could pay long-term dividends.

“We’re developing the tools necessary to hopefully help us in the fight for the next disease,” said Edward DeMauro, an engineer at Rutgers University who is working on a COVID breathalyser. “There is a very big value in, even if the pandemic’s over, not sitting back. That’s not the time to catch our breath.”