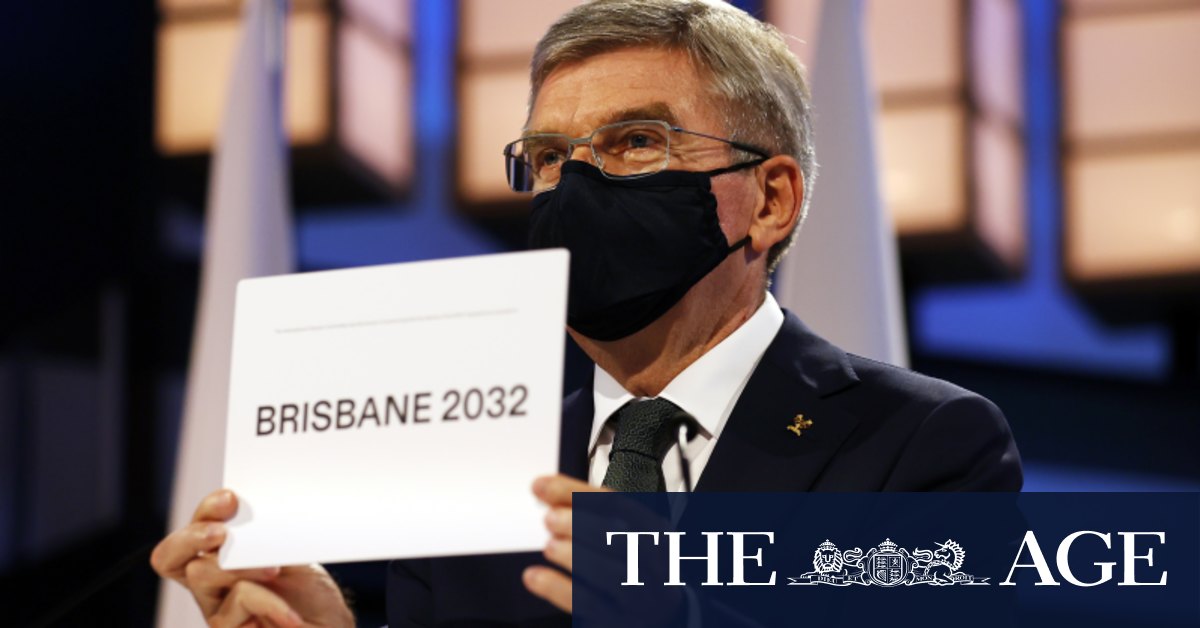 “It also marks an important leap forward for Australia as we look toward major events that lock in economic growth and social benefits that will echo for years to come.

“We know the impact on Sydney more than two decades ago was transformative. We can now expect a repeat for Brisbane and communities across Queensland.”

Coates, who had been integral in the new bidding process that helped secure hosting rights but abstained from the vote, said it was important for the Olympic movement to award the Games to mid-sized cities like Brisbane in an effort to “future proof” the concept.

He said Brisbane would be the “Together Games”, seizing on the new Olympic motto that has been released this week in Tokyo. The renewed version adds together to the famous “Faster, Higher, Stronger” mantra: Citius, Altius, Fortius – Communis.

“This is a very proud day for Australia, make no mistake. I thank the IOC members for their confidence. Brisbane 2032 is genuinely committed to serving the ideals of the Olympic movement,” Coates said.

“The Olympic Games in Brisbane will be in the most diligent, grateful and enthusiastic hands. And I make this commitment to the athletes of the world – we will provide you with an unforgettable experience.”

The Brisbane bid team told delegates more than 80 per cent of venues were either built or would be temporary sites for the Games, with venues set around a trio of Olympic Villages in central Brisbane, the Gold and Sunshine coasts.

New rail and road corridors are already planned and in some cases under construction, while a revamp of dated cricket ground The Gabba and a new indoor arena in Brisbane’s centre are key planks of the pitch.

The Games have been reported to cost around $5 billion, although blowouts are usual. But Brisbane organisers have committed to the ideals of the new IOC bidding rules which are set to transform the Games into a more streamlined, cost-effective proposition for potential hosts.

An organising committee is due to be set up by the end of 2022, with key appointments set to be made in what will be one of the most sought-after series of jobs in Australian sport.

Previous ‘I got it wrong’: Sydney mayor regrets remarks in social media stoush
Next Consider the Obeid result before meddling with the ICAC