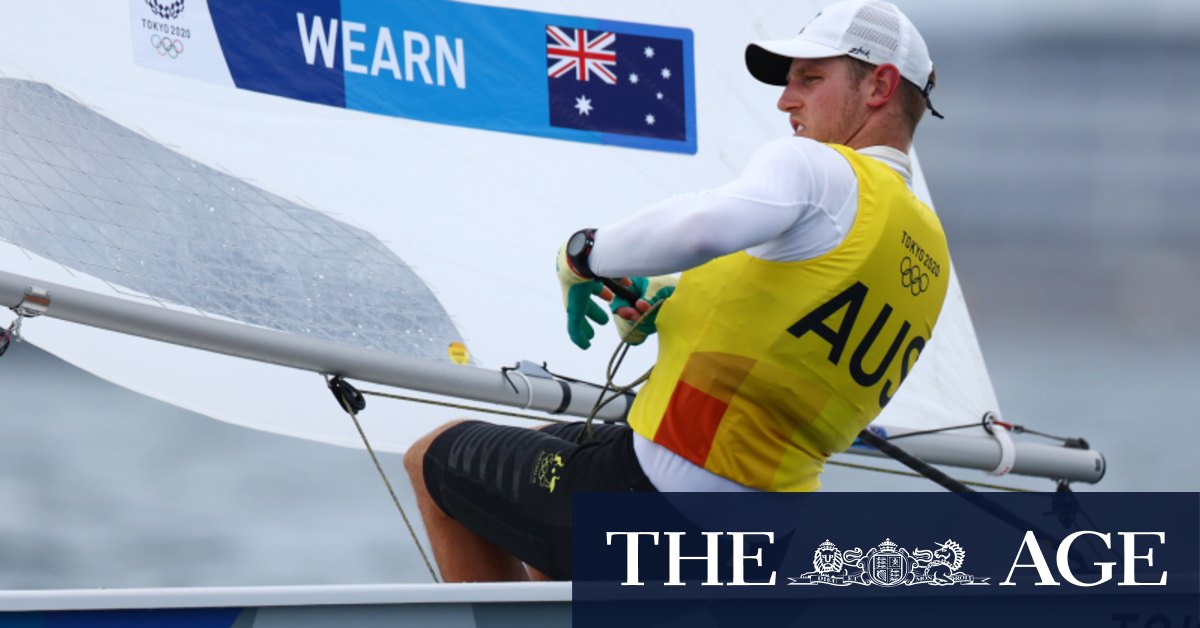 He overcame a nervous start in Friday’s ninth race, working his way through the fleet to finish in 12th spot after passing the second mark in 21st.

Wearn’s ascent could be the start of a golden regatta for the Australians, with multiple world champions and Rio silver medallists Mathew Belcher and Will Ryan also holding top spot in the two-man 470 class.

They had dominated the men’s division for years, and their selection for Tokyo was a fait accompli.

And after almost two years of waiting for another – and last – chance in their category (the 470 class will revert to a mixed gender format in Paris), the pair took another huge step to winning gold.

After a flawless day of racing in which they won both races on Thursday, Belcher and Ryan avoided any major drama with another consistent display of racing on Friday. They had fourth and third-placed finishes in both races, enough to open up a sizeable margin atop the standings after six races.

The pair haven’t finished lower than fifth in the regatta so far, avoiding the type of black mark on a racecard which can tumble a crew from podium positions. They are on 11 points, well clear of Great Britain’s Chris Grube and Luke Patience (22). New Zealand’s Dan Willcox and Paul Snow-Hansen (27) are third.

It was a successful day on the water for most of the Australian crews with Olympics debutant Mara Stransky winning her first race of the regatta in the 10th and final event in the single-handed Laser radial category.

She had finished third in the earlier race, her best day of racing since arriving in Tokyo.

It wasn’t quite enough to make the medal race though, finishing 14th in the category with Denmark’s Anne-Marie Rindom (64 points) favoured to take gold from Marit Bouwmeester (71).

Previous The remarkable thing about the Olympics is that they are really very good
Next For the love of books, ideas and debate