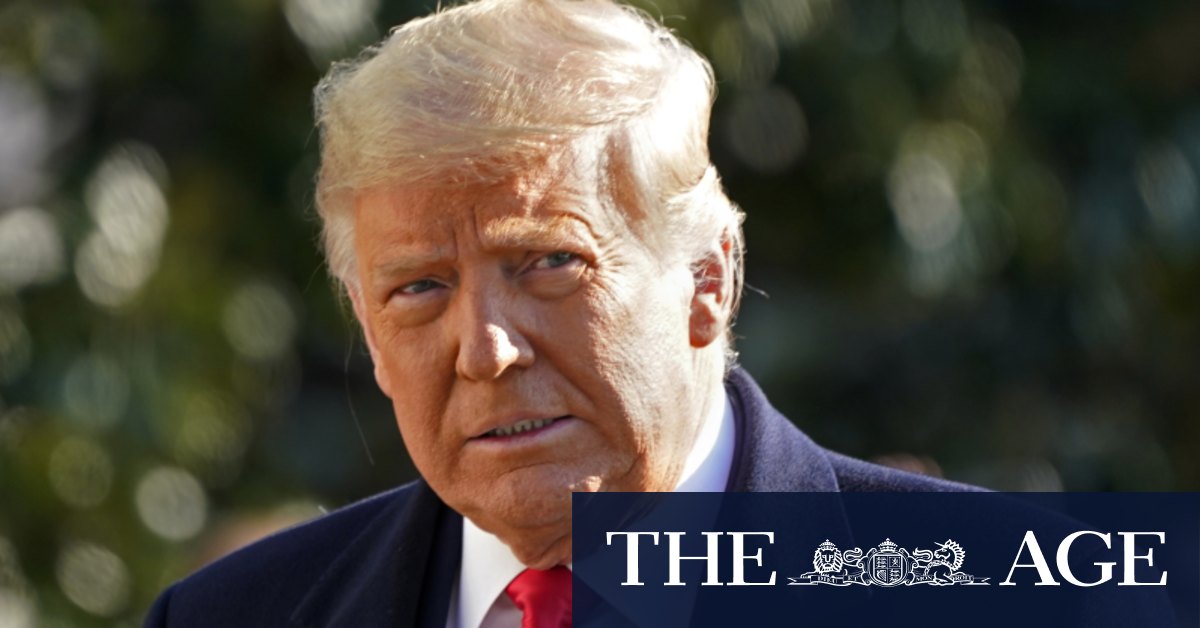 The Justice Department, reversing course from the stance it took when Trump was in office, paved the way for the Internal Revenue Service to hand over the businessman-turned- Republican politician’s tax records to congressional investigators – a move he has long fought.

Handwritten notes taken by Acting Deputy Attorney-General Richard Donoghue in December and released on Friday by the chair of the House of Representatives Oversight and Reform Committee paint a damning picture of Trump as he desperately sought to get the department to take the unprecedented step of intervening to try to upend his 2020 election loss to President Joe Biden.

The fact that the Justice Department allowed the handwritten notes concerning the election to be turned over to congressional investigators marked a dramatic shift from actions taken during the Trump administration, which repeatedly invoked executive privilege to skirt congressional scrutiny.

“Just say that the election was corrupt + leave the rest to me and the R. Congressmen,” Trump, referring to Republican lawmakers, told Jeffrey Rosen in a December 27 phone call days before Rosen was appointed as acting attorney-general.

The notes show Rosen telling Trump that the department could not and would not “change the outcome of the election”.

Trump’s representatives did not immediately respond to a request for comment.

The Justice Department ordered the IRS to hand over Trump’s tax returns to a US House of Representatives committee, saying the panel has invoked “sufficient reasons” for requesting it.

The department’s Office of Legal Counsel declared the department had erred in 2019 when it found that the request for Trump’s taxes by the House Ways and Means Committee was based on a “disingenuous” objective aimed at exposing them to the public.

The moves illustrated that a department that was accused by Democrats of subverting itself to Trump’s personal and political goals during his four years in office is now taking a fresh path with Biden in office.

“The American people deserve to know the facts of his troubling conflicts of interest and undermining of our security and democracy as president,” Pelosi said in a statement.

The news comes at the end of a week that has brought bad news for Trump.

Four police officers who were beaten by his supporters during the January 6 Capitol riot testified on Tuesday about the violence that flared after he repeated his false claims that the 2020 election had been stolen from him through widespread voting fraud.

That same night, the candidate he endorsed to succeed a Texas congressman who died of COVID-19 in February lost her run-off election against a Republican state legislator even after Trump’s political organisation made a last-minute ad buy to support her.

And Trump fumed throughout the week in a series of statements as a bipartisan agreement on Biden’s $US1 trillion ($1.36 trillion) infrastructure bill advanced in the Senate. Trump failed as president to get infrastructure legislation through Congress.

The Justice Department’s actions will make it easier for congressional investigators to interview key witnesses and collect evidence against Trump.

The Justice Department this week decided that due to “compelling legislative interests,” it was authorising six former Trump administration officials to sit for interviews with the House Oversight and Reform Committee. These include Rosen and Donoghue, as well as former White House chief of staff Mark Meadows, former Associate Deputy Attorney-General Patrick Hovakimian and former Assistant Attorney-General Jeffrey Clark.

“The committee has begun scheduling interviews with key witnesses to investigate the full extent of the former president’s corruption, and I will exercise every tool at my disposal to ensure all witness testimony is secured without delay,” the panel’s chairwoman, Carolyn Maloney, said in a statement.

Clark is at the heart of an ongoing inquiry by the Justice Department’s inspector general after news came to light he had plotted with Trump in a failed bid to oust Rosen so he could launch an investigation into alleged voter fraud in Georgia.

In the December 27 call with Rosen, Trump threatened to put Clark in charge, according to the handwritten notes, telling Rosen: “People tell me Jeff Clark is great, I should put him in. People want me to replace DOJ leadership.”

Throughout the call, Trump repeatedly pushed false claims that the election had been stolen. “You guys may not be following the internet the way I do,” Trump said.

Rosen and Donoghue tried to tell Trump his information was incorrect multiple times.