Breaking News
Home / National News / Perth man who paid $15,000 to marry his wife sentenced to life in jail for her murder

Perth man who paid $15,000 to marry his wife sentenced to life in jail for her murder

admin August 2, 2021 National News Comments Off on Perth man who paid $15,000 to marry his wife sentenced to life in jail for her murder 247 Views 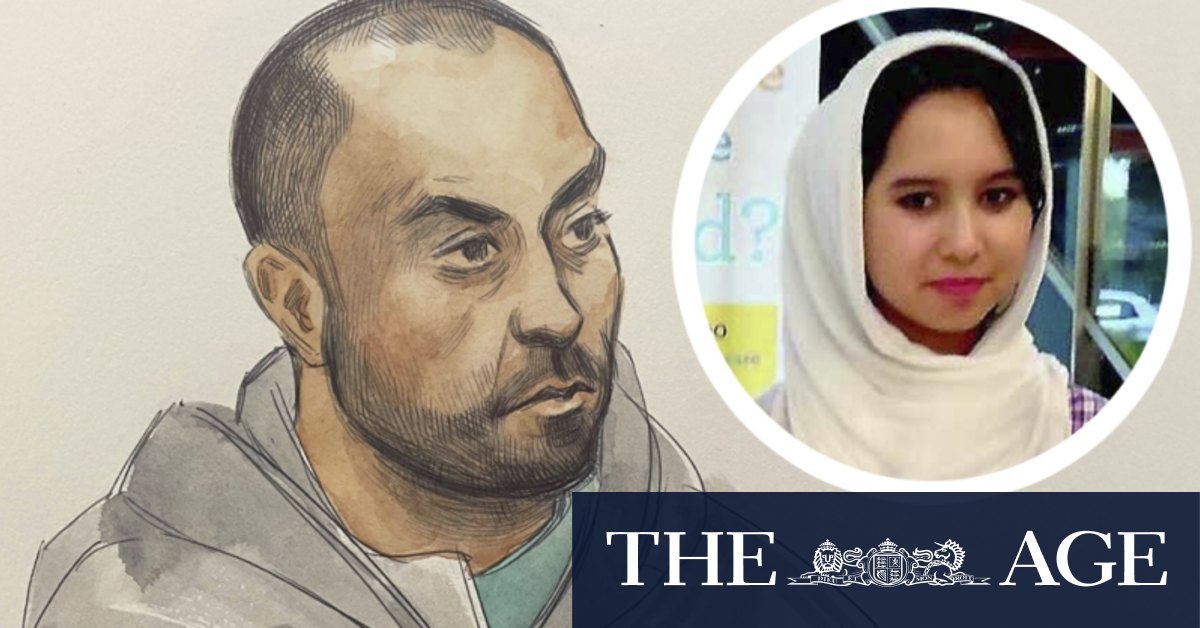 “I remember the day I heard she passed away, I just wanted to know why because she had a good heart and just wanted to live life. But no, I have to look at her in a grave.”

During the first day of the sentencing, the court was told the couple’s marriage was a loveless and miserable one where Halimi’s repeated attempts for intimacy and affection were rebuffed.

Halimi’s lawyer, Seamus Rafferty, told the court the 25-year-old was “hungry for love” and had become increasingly frustrated over his failed attempts to kindle the marriage.

He also complained Ms Haidari did not cook or clean while he was at work.

In the weeks leading up to the murder, neighbours reported hearing loud arguments and the sound of doors slamming coming from the couple’s unit, during which Halimi would ask his wife to respect his authority in the home.

On the morning Ms Haidari was murdered in January 2020, the pair had a heated argument during which Halimi called Ms Haidari’s brother in Victoria to complain about his wife’s lack of love.

Muhammad Taqi Haidari could hear his sister crying “don’t touch me, don’t hit me” at the other end of the line as Halimi told her to shut up.

After hanging up the phone, Halimi grabbed a kitchen knife and slit Ms Haidari’s throat twice.

He then called Mr Haidari, told him “if you’re a man, come get your sister’s dead body”, and went to Mirrabooka police, where he handed himself in covered in blood.

Paramedics arrived at the home to find Ms Haidari’s lifeless body lying in a pool of blood on the kitchen floor next to the knife. Crews tried to resuscitate her but were unsuccessful.

In a subsequent two-hour interview with police, Halimi wailed and moaned as he told officers he had lost his mind and killed his wife. He admitted Ms Haidari did not want to be with him but in their culture it was shameful to get a divorce.

He later submitted a letter to the court where he denied knowing Ms Haidari had been forced into the union and claimed he had been “shocked to discover she never really wanted to marry me”.

Supreme Court Justice Bruno Fiannaca said Halimi was attempting to “rewrite history” and said the claims he did not know Ms Haidari was unhappy were nonsense.

He conceded Halimi had lost his temper and the frustration he felt about his flawed and dysfunctional marriage had fuelled his anger, but he was ultimately responsible for ensuring his wife was not trapped in a relationship she didn’t want to be in.

Justice Fiannaca concluded Halimi had intended to kill and had failed to give assistance to his wife as she bled profusely on the kitchen floor, choosing to call her family and his friends instead.

“You robbed the deceased of her life, the life of someone that was only beginning to grow into adulthood,” he said.

The charges against Mr Haidari and Ms Muqadas have since been dropped but those against Ms Jan still stand. She is due to face Shepparton Magistrates Court for a committal hearing on December 8.