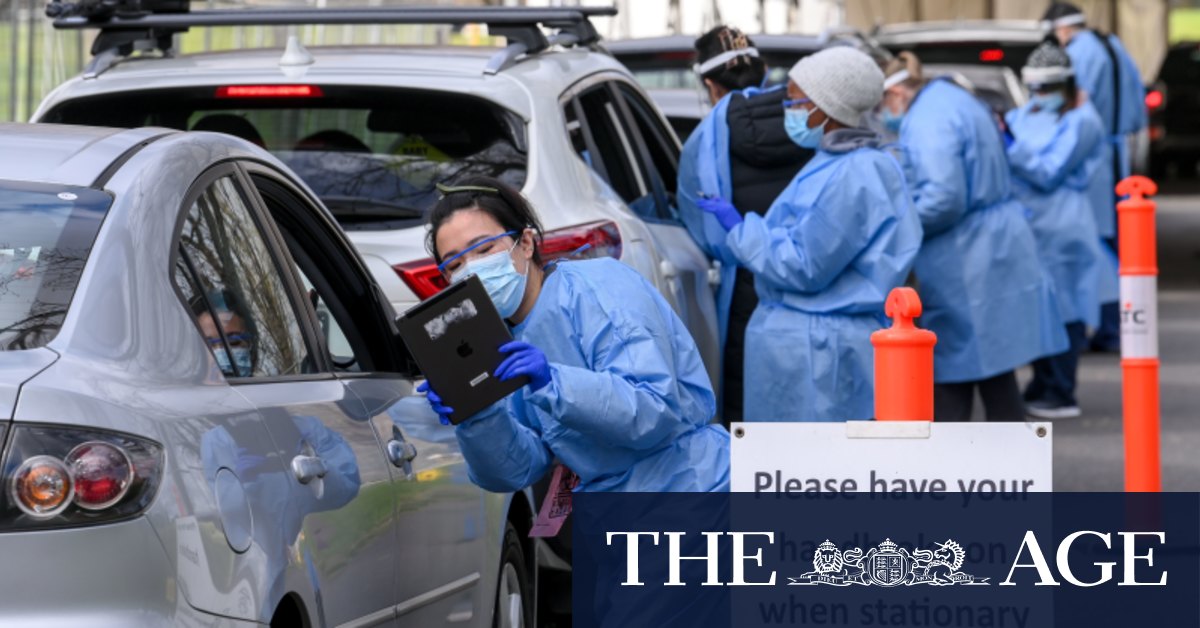 The Age reported last week that thousands of truck drivers were likely disobeying the state’s freight-worker testing requirements. The Victorian Transport Association is pushing for the less onerous, but less accurate, rapid tests for workers and a QR check-in system – where drivers would scan QR codes near highways – in an attempt to increase compliance with border rules.

More than 21,400 tests were returned on Sunday, while 15,030 vaccine doses were administered. Eight Victorians remain in hospital with COVID-19, with three people in intensive care.

The daily figures came as Victorian Sports Minister Martin Pakula said it was possible AFL games would have crowds from next weekend, with discussions on COVID restrictions ongoing.

“There’s a lot of work to do,” Mr Pakula said. “We’ve got effectively about eight weeks ’til the grand final now … so we’ve got a little bit of time, but it’s creeping up on us.”

From Wednesday, travellers in the bubble will only be able to cross the Murray River without a permit to access necessary goods and services, care reasons, work and education, vaccination and exercise.

Mr Foley said the changes applied for both NSW and Victorian residents.

“The outbreak in NSW continues to grow, and with projections and modelling suggesting that the position in New South Wales is likely to get worse before it gets better, it’s prudent that Victoria takes measures to make sure that the border bubble operates as safely as we possibly can,” he said.

Fines for those who cross the border into Victoria for unnecessary reasons are up to $5452.

Mr Foley also announced another change to the state’s COVID-19 rules: there will no longer be limits to group bookings for hospitality venues, tours and gyms as of 11.59pm Tuesday.

However, Mr Foley said that the broader density limits that were announced last week will continue to apply.

“That was in response to some suggestions that came forward from industry, as to how to best address that issue,” he said.

Almost 7000 waiting to return to Victoria

Meanwhile, almost 7000 people are waiting on their application for travel into Victoria from red and extreme zones to be considered, with health authorities processing around 1000 exemption applications a day.

Victorian Health Department deputy secretary Kate Matson said due to the volume of applications from those in NSW and Queensland, they would be prioritising processing emergency applications.

Each application has to be independently considered by the department’s public health team, she said.

“I do want to note that approving those exemptions is rare,” she said.

“Most people who apply will not be successful in getting that exemption. For those who do, it tends to be some really compelling compassionate or emergency grounds, such as end-of-life reasons, attending funerals and so on.

“We really do understand for people in those difficult circumstances it can be really stressful, waiting for the exemption results, and I reassure you that we are working through those as quickly as we can.”