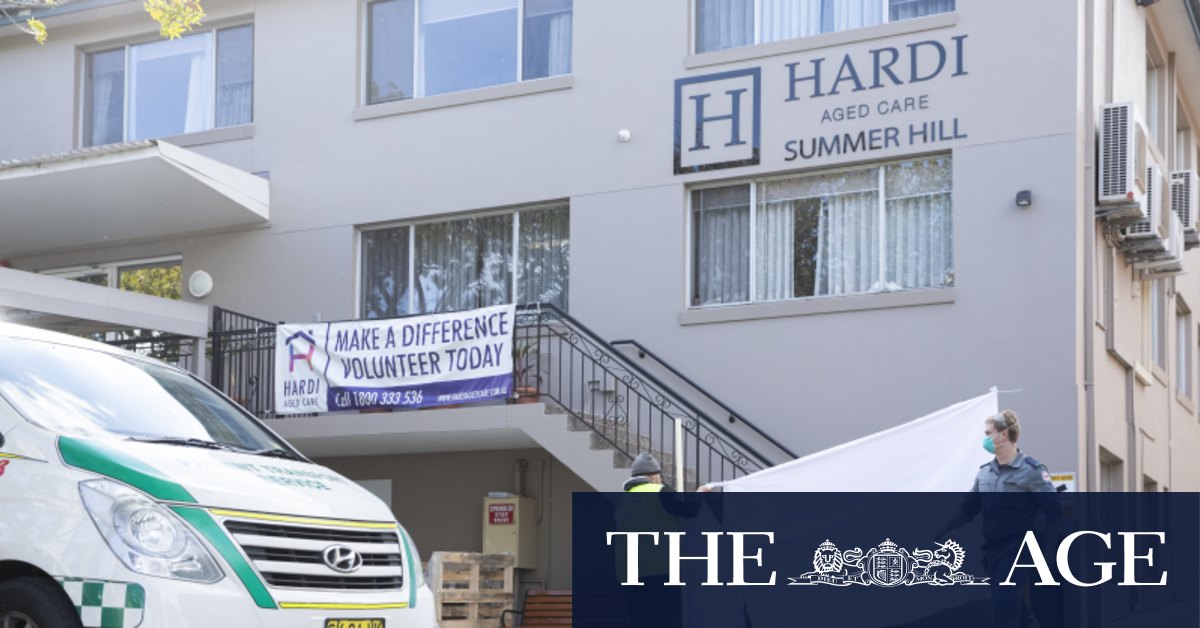 “It is a salient lesson; I urge anyone in aged care to take up vaccination,” NSW Chief Health Officer Kerry Chant said of the situation.

Residents on the top floor of the facility, including the 18 cases and 14 who have tested negative, have been transferred to local hospitals.

NSW Health Minister Brad Hazzard said 10 of the facility’s 65 residents were not vaccinated, including seven who had tested positive.

“It is a strong reminder those who are friends and family of loved ones in aged care that we should encourage everybody to accept vaccination,” he said.

The facility’s operator, Hardi Aged Care, said it was organising another round of vaccinations for residents who had previously declined.

After Mr Hazzard told reporters transmission could have occurred at a Christmas in July party held at the facility during Greater Sydney’s lockdown, the operator denied the event was irresponsible.

“A normal lunch was held for our residents but with Christmas decorations and some carols played to them on our speaker,” a spokesperson said.

At the end of last week, federal government data showed there were staff cases at seven aged care facilities, including Wyoming, Japara Corymbia at Belrose, The Palms at Kirrawee, Rosemore at Belmore, Bankstown Terrace Care, Milford House at Randwick and Summitcare Baulkham Hills. Only Summitcare and Wyoming have also reported infections in residents.

A record 117,009 coronavirus tests were processed during the 24 hours to 8pm Sunday.

At least 72 of Monday’s 207 cases were in the community while infectious, as health authorities warned the virus was continuing to spread in workplaces and households.

Dr Chant singled out the freight industry as a source of a number of cases. She said cases had also been detected in food processing workplaces but these had not resulted in large numbers due to their COVIDSafe plans.

Premier Gladys Berejiklian urged all Sydneysiders to come forward for vaccination, adding that younger adults were the government’s particular focus.

A man in his 90s from south-west Sydney died at Liverpool Hospital on Sunday. He was the 15th COVID-19 death in Sydney’s outbreak.

The man, who was being treated in the hospital’s aged care ward, had received one dose of the AstraZeneca vaccine, Dr Chant said.

There are 232 cases in NSW’s hospitals, including 54 people in intensive care. Twenty-five are ventilated.

NSW Health added supermarkets in Ashfield, Baulkham Hills, Castle Hill, Ryde and Thornleigh, McDonald’s stores at Castle Hill and Warriewood to its list of exposure sites on Monday night, as well as Kogarah Australia Post and bus services from Pendle Hill to Girraween and Parramatta Station to Castle Hill.

St Bernadette’s Castle Hill, in the Hills District, and Strathfield South Public School, in the inner west, both shut for in-person learning on Monday after COVID-19 exposures in the community.

There were two new local cases reported in Victoria on Monday. Both were linked to known cases and in quarantine.