Breaking News
Home / Business / Crown casino could be taken over by another company, royal commissioner says

admin August 3, 2021 Business Comments Off on Crown casino could be taken over by another company, royal commissioner says 136 Views 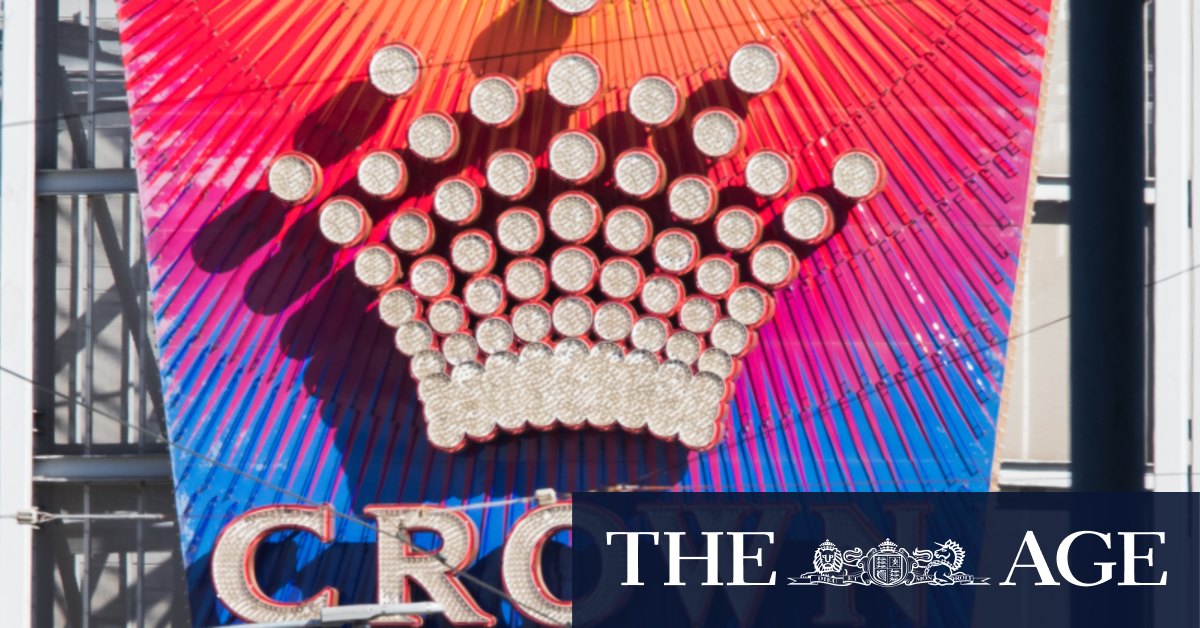 In response, Crown lawyer Michael Borsky, QC, said: “We don’t submit ‘don’t worry about it, I’ve fixed it’. We don’t even submit that it’s all fixed yet.”

“We also do point to the fact that there have been consequences,” he said, pointing to company officials who have resigned and shareholders who have lost equity. “Crown has learnt a lesson.”

Crown employs more than 10,000 people at its Melbourne complex, more than any other site in the state. It is facing a royal commission in Western Australia as it seeks to rehabilitate at the request of a NSW inquiry that found it facilitated money-laundering and should not operate a Sydney casino.

Premier Daniel Andrews has been criticised by gambling reformers and the opposition for refusing to investigate Crown as evidence of wrongdoing emerged. His government said on Tuesday morning that a new regulator focused solely on casino management would be established.

Gaming Minister Melissa Horne said the Victorian Commission for Gambling and Liquor Regulation, which since 2012 has had responsibility for both gaming and liquor licensing, was a “failed experiment”.

“In December [Ms Horne] was telling us it was thorough and robust … what’s changed in six months?” Ms Ryan asked.

Last month lawyers assisting the commission argued that Crown should be found unsuitable to hold a licence. If Mr Finkelstein recommends Crown’s licence be cancelled or suspended, the current regulator would need to prove there was adequate evidence under the law to take that action.

Several board members have left Crown Resorts this year and executive chair Helen Coonan will announce her departure by the end of the month as the company aims to shed association with members of “old Crown”.

Mr Borsky said Crown accepted the key failings revealed by the Victorian probe, including up to $480 million in tax underpayment, a lack of co-operation with the regulator and illegal hotel transactions that may have facilitated money laundering.

Posing a quandary likely to weigh heavily on Mr Finkelstein’s decision-making, the Crown silk said the commission needed to “strike a balance between rightly condemning the past failings” and acknowledging the stated intention of the new board to improve governance.

“Your task is not punitive or deterrent … it is to find the best solution in the public interest looking forward,” Mr Borsky said.

“Cancellation or even suspension … would have the very real potential to trigger event of default that would put in jeopardy the significant public benefits that Crown would otherwise continue to provide the state.

Mr Borsky said the company had paid $1.4 billion in tax to the Victorian government since 2014 and said almost all its shareholders were small investors who would take the hit for wrongdoing they had no involvement in. About 10 per cent of all hotel rooms in Melbourne were supplied by Crown, which he said was crucial to the state’s ability to host major events.

Crown also argued there was no evidence another casino operator had anti-money laundering expertise similar to Crown’s and warned that thousands of workers could face financial distress if the company’s future was in jeopardy.

But Mr Finkelstein interjected and said employees could retain their positions under new management, albeit with some level of disruption.

“I don’t need a business person to tell me that if there’s a profitable business, there’s a buyer. I know that,” he said.

One option open to Mr Finkelstein is to recommend Crown only be allowed to operate the hotel and hospitality components of their business, but not the gambling section. Mr Borsky said Crown opposed this.

Previous Why Wallabies are excited, not daunted, by Eden Park double-header
Next Google turns to in-house chips for AI-powered premium phone