Breaking News
Home / Sport / ‘It will sink in soon’: Only a catastrophe will stop another Australian sailing gold

‘It will sink in soon’: Only a catastrophe will stop another Australian sailing gold

admin August 3, 2021 Sport Comments Off on ‘It will sink in soon’: Only a catastrophe will stop another Australian sailing gold 164 Views 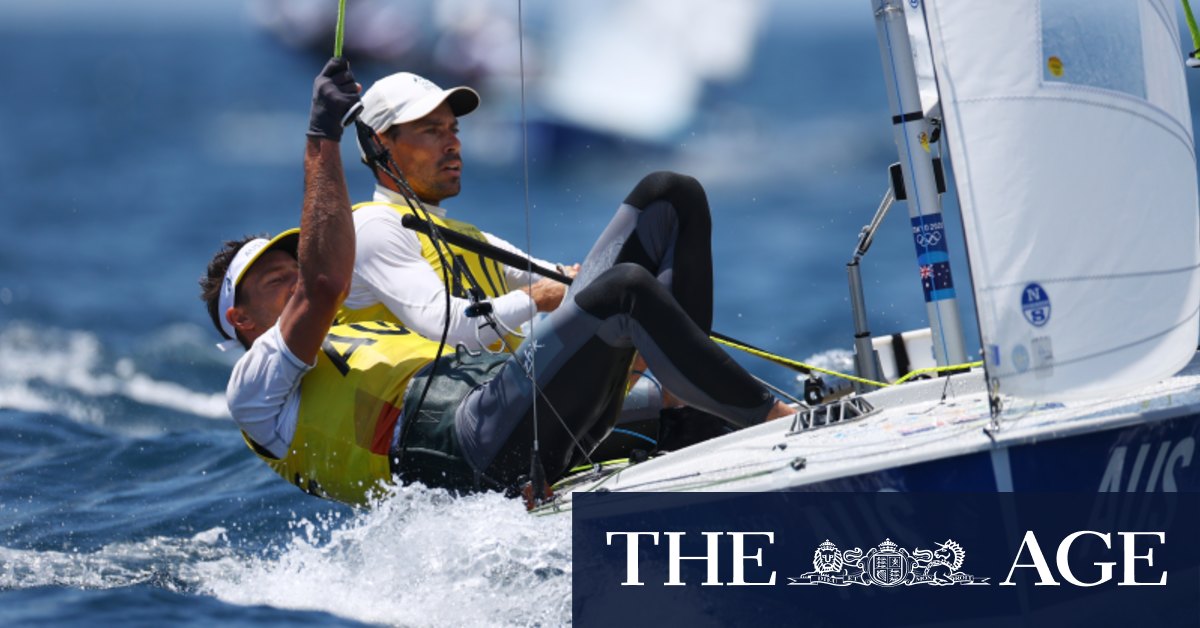 It will be Belcher’s second Olympic gold medal after he paired with Malcolm Page to win the division in London, and he’s the first Australian sailor to win medals at three successive Olympics.

Belcher and Ryan were the first athletes officially selected to the Australian Olympic team in 2019 before the COVID-19 pandemic gripped the globe and forced the Tokyo Games to be delayed by a year.

“It will sink in [on Wednesday] when it’s real, but it’s been a great week with Mat.”

“It will be really special,” Belcher said. “We’ve been locked up in Australia for quite some time and we were fortunate enough to get away and do one competition, but even one competition in 20 months is a lot of time away.

“I’m super proud we’ve been able to deliver the performance we hoped we could deliver. I’m looking forward to [Wednesday], getting the medal then getting home, hugging my wife and kids.”

Their hopes of a second successive Olympic podium were raised when their German rivals were penalised for an infringement at the start of the race, but Waterhouse and Darmanin ceded time and wound up in fifth position for the regatta.