Lew demands Myer sales update ahead of board showdown

admin August 3, 2021 Business Comments Off on Lew demands Myer sales update ahead of board showdown 78 Views 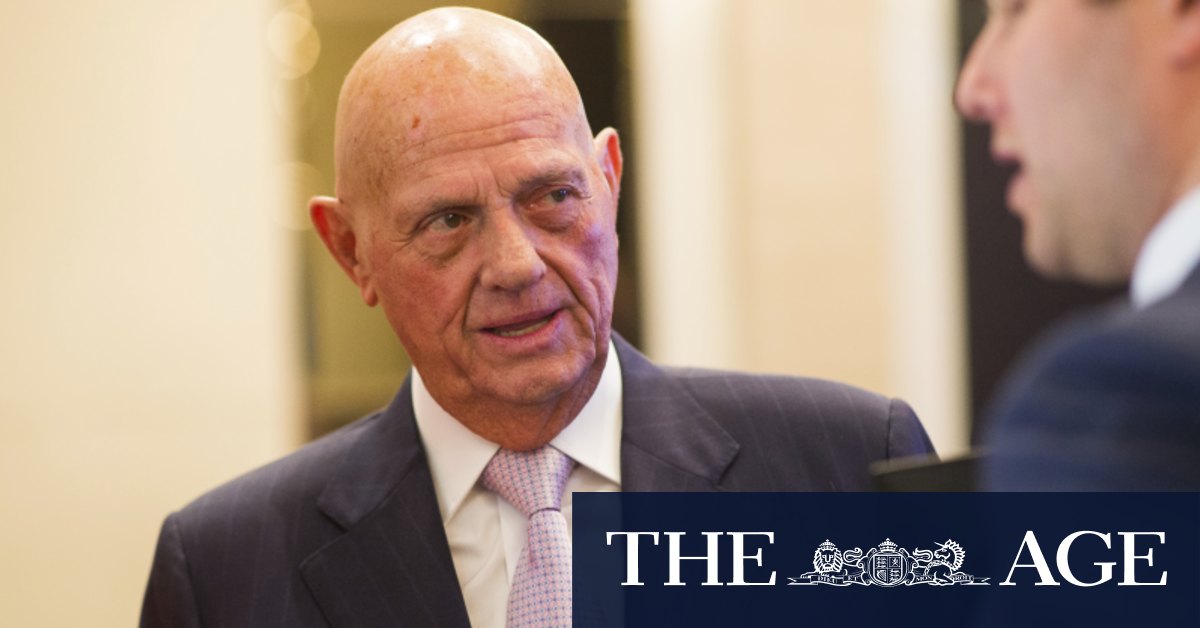 Doing so would allow ample time for shareholders to decide on the composition of the Myer board without the need for an “unnecessary, distracting and expensive” extraordinary general meeting, which Mr Lew has threatened to call recently in order to depose the company’s board. If Mr Lew’s proposal is not agreed to, Premier warned it will have no alternative but to call an EGM in “close proximity” to Myer’s AGM.

Premier also revealed on Tuesday it expected the board to have a majority of “well-credentialed independent directors” including an independent chair and two Premier nominees.

However, Myer hit back at the retailer, saying Premier had consistently declined to provide “any transparency” over what independent directors it intends to nominate at the AGM nor what representatives it is looking to appoint.

“Myer has repeatedly requested that Premier Investments provide the names and background information in relation to each person Premier proposes to nominate to the Myer Board as soon as possible,” a spokesperson said.

The department store said it was still willing to work constructively with Premier and Mr Lew with a goal of maintaining board independence, ensuring minimal disruption to the business and preventing Premier from gaining effective control of the company without paying an appropriate premium.

Myer also said no processes needed to be changed in relation to the company’s AGM and the nomination of directors, and reinforced that it did not think an EGM was required nor was it in the best interests of shareholders.

“The Myer Board remains open to constructive dialogue regarding the director nomination process and existing timelines but only in the context of full transparency of Premier’s nominees in the near term, allowing consideration within the principles previously outlined and consultation with other large shareholders,” the spokesperson said.

Premier said it was currently in discussion with a number of candidates but could not seek their commitment without first seeing Myer’s 2021 results.

“The Myer Board have stated that they are committed to working constructively with Premier as its largest shareholder, and our proposal is a constructive and pragmatic way of resolving the composition of the new Myer Board which is demonstrably in the best interests of all shareholders,” Mr Lew said.

“The Myer Board has the capacity to make a common-sense decision which will avoid a costly EGM and ensure a smooth transition.”

Mr Lew and Premier have been agitating for a drastic reshuffle of Myer’s board since early July when he acquired an additional 5 per cent of the company, bringing his majority stake up to 15.6 per cent.

Despite Myer subsequently offering Premier a board seat, the retailer said he had nothing to gain from negotiating with the existing members, calling instead for all three remaining non-executive directors to step down.

Shares in Myer retailer gained 4.17 to 50 cents on Tuesday.