Things get personal and political between Morrison and Albanese

admin August 3, 2021 Federal Politics Comments Off on Things get personal and political between Morrison and Albanese 34 Views 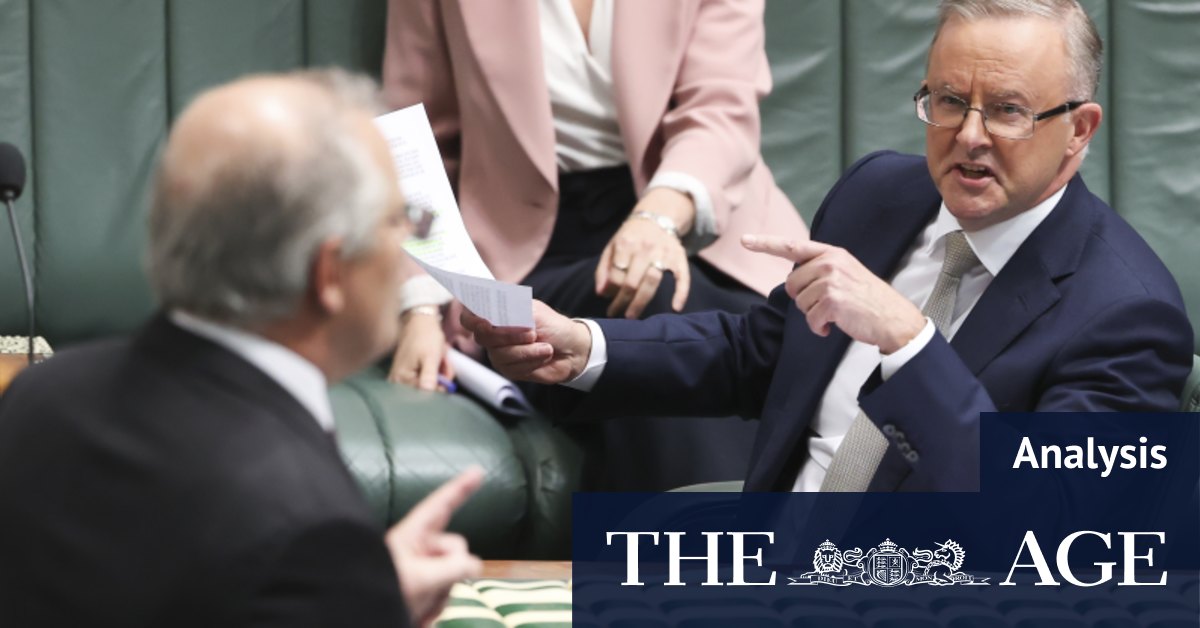 Morrison, meanwhile, told the Coalition party room on Tuesday he was glad to be back in Parliament after 46 days in lockdown or quarantine – first in Kirribilli House, then The Lodge. No wonder he was ready for a fight.

This was a wrestling match with some clever footwork. Morrison is lunging for Albanese while adjusting his stance at the same time.

First, the Prime Minister has a new message about the need for states to impose lockdowns quickly and firmly. In other words, the Victorian model. He has changed his tune since he praised NSW Premier Gladys Berejiklian on June 24 for resisting a full lockdown.

“Absolutely this is the learning – that shorter, sharper lockdowns would have been the necessary response,” he said. Why? The Delta variant of COVID-19 has changed everything.

Second, he is trying to explain away his claims that the vaccine rollout was not a race. Taunted by Labor over those remarks, Morrison said he was sorry Australia was not further advanced but argued he did the right thing by not asking the Therapeutic Goods Administration to put health at risk by rushing the vaccine approval.

Albanese saw that as an attempt to rewrite history. He recited the several times Morrison made the “not a race” remarks in March, all of them after the TGA had approved the Pfizer and AstraZeneca vaccines.

There is a third move in Morrison’s tactics. He is trying to reset expectations about what he can do to speed up vaccinations. Twice on Tuesday, first to Coalition MPs and then to the media, he noted state governments have all the power when imposing restrictions on people.

This argument means it is up to the states, through their health orders, to offer rewards for people who get vaccinated quickly. Morrison can help, perhaps through lotteries or other incentives, but only the states can impose rules that restrict movement to those without a vaccination certificate.

This is the sharp end of this term of Parliament, with an election due within 10 months and the two leaders fed up with each other. There is an intense political clash ahead, with Parliament meeting in four of the coming five weeks.

It looks like Morrison wants to choose his battles carefully and will not want one with the states. He will be too busy taking on Albanese.