After months of avoiding the vaccine issue, companies begin to mandate

admin August 4, 2021 Business Comments Off on After months of avoiding the vaccine issue, companies begin to mandate 215 Views 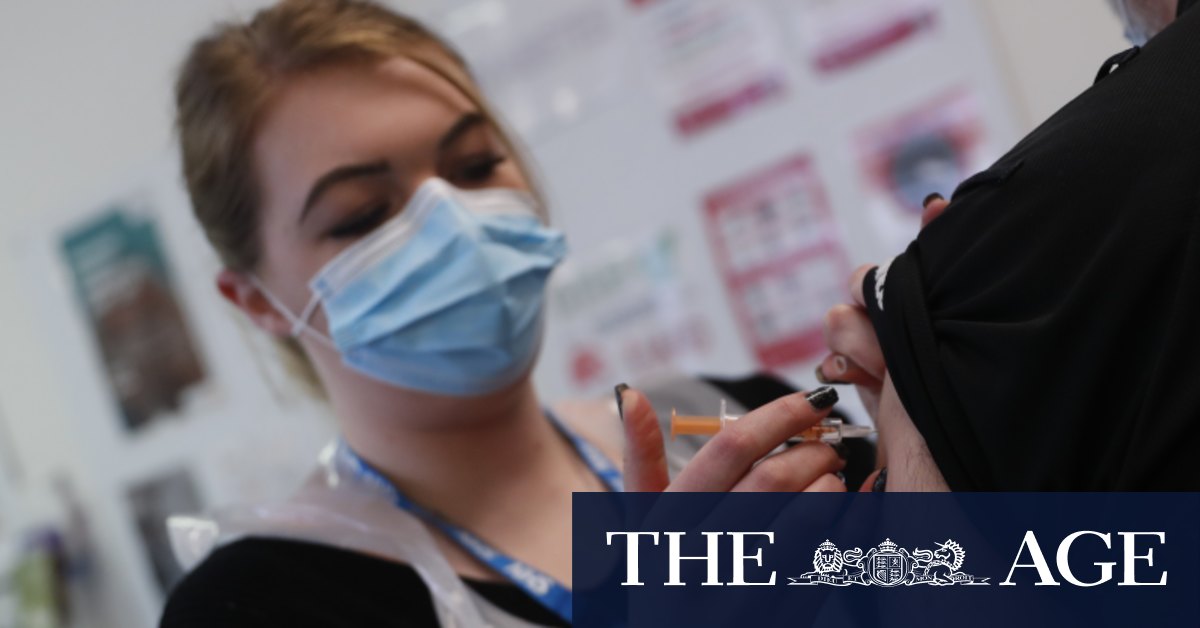 But most other big employers have avoided mandates entirely. Amazon, the second-largest private employer in the country, has not announced any plans to require immunisations, nor has Apple or many of the biggest banks.

“We are strongly working to get our employees vaccinated,” Amazon’s chief financial officer, Brian Olsavsky, said in a call with reporters last week, “and we hope everyone else gets vaccinated and this goes away.”

The coronavirus, however, shows no signs of going away. With vaccination rates stagnating in many parts of the country and the Delta variant surging, a new wave of infections is forcing businesses to act.

Douglas Brayley, an employment lawyer at Ropes & Gray, said “the rise of the Delta variant is on people’s minds.”

“I think they are looking around and seeing a greater number of employers start to mandate, and so they’re wondering whether they should reconsider as well,” he said.

But vaccine hesitancy remains an entrenched and emotionally charged issue inside many workplaces.

Many companies, already facing staffing shortages, are worried that requiring vaccines could give employees another reason to quit. At the same time, companies are struggling for new ways to encourage workers to get vaccinated after efforts like offering cash bonuses did not boost immunisation rates quickly enough.

Much of the remaining hesitancy to vaccines appears to be rooted in a complex mix of politics, cultural beliefs and misinformation that no cash payment or gift certificate from an employer can overcome.

“The reason many workers are refusing the vaccine has been for political and ideological reasons,” said Stuart Appelbaum, the president of the Retail, Wholesale and Department Store Union, which represents workers in food manufacturing plants in the Midwest, where vaccination rates are relatively low. “In places where we have the largest number of Trump supporters is where we are seeing a large number of vaccine resisters.”

But many unions are wary of mandates for a different set of reasons. They say many of their members are worried about potential health side effects or bristle at the idea of an employer interfering in what they regard as a personal health decision.

Marc Perrone, the president of the United Food and Commercial Workers union, representing 1.3 million employees in grocery chains like Kroger and at large meatpacking plants, said he would not support employer mandates until the Food and Drug Administration gave full approval to the vaccine, which is being administered on an emergency basis. “You can’t just say, ‘Accept the mandate or hit the door,’ ” Perrone said on Monday.

After Tyson announced its vaccine mandate on Tuesday, Perrone issued a statement that the union “will be meeting with Tyson in the coming weeks to discuss this vaccine mandate and to ensure that the rights of these workers are protected and this policy is fairly implemented.”

Asked whether he supported vaccine mandates, Appelbaum said, “I am not prepared to answer that yet.” But he did say that companies needed to closely negotiate the terms of any such requirements with workers and that they also needed to expand benefits, such as paid sick time, for workers during the pandemic.

Together, Perrone’s and Appelbaum’s unions represent more than 30,000 workers in Tyson plants, which complicates the meat company’s plans for a mandate.

Tyson and others in the meatpacking industry were criticised during the pandemic’s early stages for not doing enough to protect workers as several meat plants became virus hot spots. Now, it is requiring its leadership team to be vaccinated by September 24 and the rest of its office workers by October 1. Front-line employees have until November 1 to be fully inoculated, extra time the company is providing because there are “significantly more front-line team members than office workers who still need to be vaccinated,” a Tyson spokesperson said.

Throughout the pandemic, companies have treaded carefully in implementing public health measures while trying to avoid harm to their businesses.

Last year, when major retailers began requiring customers to wear masks, they quietly told their employees not to enforce the rule if a customer was adamant about not wearing one.

Companies like Walmart have tried a similarly tentative approach with vaccine requirements.

Walmart announced last week that it was requiring the roughly 17,000 workers in its Arkansas headquarters to be vaccinated but not those in stores and distribution centres, who make up the bulk of its 1.6 million US employees.

In a statement, the retailer said that the limited mandate would send a message to all workers that they should get vaccinated.

“We’re asking our leaders, which already have a higher vaccination rate, to make their example clear,” the company said. “We’re hoping that will influence even more of our front-line associates to become vaccinated.”

Uber and Lyft last week both told their corporate employees they would need to show proof they had been inoculated before returning to company offices.

Requiring vaccinations “is the most effective way to create a safe environment and give our team members peace of mind as we return to the office,” said Ashley Adams, a spokesperson for Lyft.

But those mandates did not extend to the workers the companies contract with to drive millions of customers to and from their destinations. The drivers are being encouraged to be vaccinated, but neither Lyft nor Uber has plans to require them.

Public health experts warn that limited mandates may serve to reinforce the gaping divide between the nation’s high- and low-wage workers without furthering the public health goal of substantially increasing vaccination rates.

They also say it’s naive to think that workers who resisted vaccines for ideological reasons would suddenly change their mind after seeing a company’s higher paid executives receive the shots.

“Ultimately we want to ensure that they really have the broadest reach,” Dr. Kirsten Bibbins-Domingo, the vice dean for population health and health equity at the University of California, San Francisco, said of company directives. “Failing to do that, I think, will only cause others to be more suspicious of these types of mandates.”

Legally, companies are likely on solid ground if they mandate vaccines. Last year, the Equal Employment Opportunity Commission said employers could require immunisation, though companies that do could still face lawsuits.

George W. Ingham, a partner at the law firm Hogan Lovells, said companies with mandates would potentially have to make difficult decisions.

“They are going to have to fire high performers and low performers who refuse vaccines,” he said. “They have to be consistent.” Reasons an employee could be exempted include religious beliefs or a disability, though the process of sorting those out on an individual basis promises to be an arduous one.

Companies may also have to contend with pushback from state governments. Ten states have passed legislation limiting the ability to require vaccines for students, employees or the public, according to the National Conference of State Legislatures.

Disney is among the few big companies pursuing a broad vaccine mandate for its workforce, even in the face of pushback from some employees.

In addition to mandating vaccines for nonunion workers who are on-site, Disney said all new hires — union and nonunion — would be required to be fully vaccinated before starting their jobs. Nonunion hourly workers include theme park guest-relations staffers, in-park photographers, executive assistants and some seasonal theme park employees.

It was the furthest that Disney could go without sign off from the dozen unions that represent the bulk of its employees. Walt Disney World in Florida, for instance, has more than 65,000 workers; roughly 38,000 are union members.

Disney is now seeking union approval for the mandate both in Florida and in California, where tens of thousands of workers at the Disneyland Resort in Anaheim are unionised. Most of the leaders of Disney’s unions appear to be in favour of a mandate — as long as accommodations can be worked out for those refusing the vaccine for medical, religious or other acceptable reasons.

“Vaccinations are safe and effective and the best line of defence to protect workers, front-line or otherwise,” Eric Clinton, the president of Unite Here Local 362, which represents roughly 8,000 attraction workers and custodians at Disney World, said.

Clinton declined to comment on any pushback from his membership, but another union leader at Disney World, speaking on the condition of anonymity so he could speak candidly, said “a fair number” of his members were up in arms over Disney-mandated vaccinations, citing personal choice and fear of the vaccine.

“The company has probably done a calculation and decided that some people will unfortunately quit rather than protect themselves, and so be it,” the person said.

Previous From the Archives, 1983: Cain declares state of emergency to break strike
Next Air passenger arrives taped to his seat after assault of flight attendants