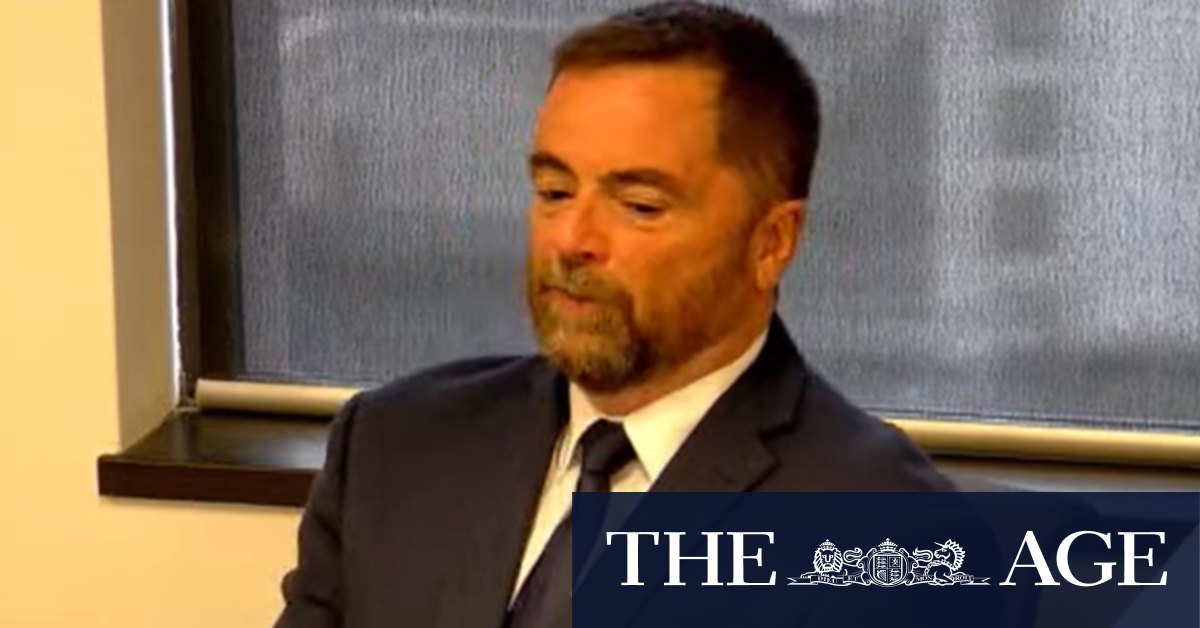 Ms Cahill read the response from Mr Hulme, who said he didn’t need permission unlike the other “hen-pecked males” in the group.

“I have not heard from the other girls, have you built up the courage to request time away?’” Mr Hulme went on to say.

Ms Cahill then read Mr Marais’ response: “… been out fishing all week while [your] wife looks after the kids and mows the lawn.”

She then read another exchange that took place when the men were arranging another fishing trip where Mr Connelly wrote: “has everyone got their permission slips in order … or are we postponing until gender reassignment is complete?”

Ms Cahill asked if Mr Marias used “blokey banter” to fit the tone set by Mr Connolly, which he agreed with.

She then grilled Mr Marias on the appropriateness of the emails.

“And you would agree that these emails fall well short of that standard of formality and professionalism appropriate to a licensee regulator relationship?” Ms Cahill said.

Mr Marias defended the emails and said they were part of a friendship that had been declared, which was always kept separate from their professional relationship.

“I think the emails in context, which was a friendship, which was open and declared, is not uncommon,” he said.

“I accept, looking back, and particularly given the personal nightmare that I’ve now gone through and am still suffering, that the behaviour may have been somewhat … unfitting.”

He said his work-related emails to Mr Connolly were only few and were professional.

The Royal Commission is investigating whether Crown is a fit and proper entity to run a casino following the NSW Bergin inquiry that found evidence of money laundering and criminal infiltration in the company’s Australian operations.

In an interim report by the commission tabled in WA parliament on Tuesday, it raised several concerns about conflicts of interest and said in addition to Mr Connolly’s friendships several examples of relationships between department and Crown staff, including one marriage, had been found.

On Wednesday current Crown chief executive Lonnie Bossi admitted that problem gamblers accounted for between 22 and 60 per cent of total revenue from electronic gaming machines.

Former Crown Resorts chief executive Barry Felsted will give evidence at the commission on Friday.