admin August 5, 2021 Sport Comments Off on How canoe sprinters beat German legend who was screensaver on their phone 25 Views 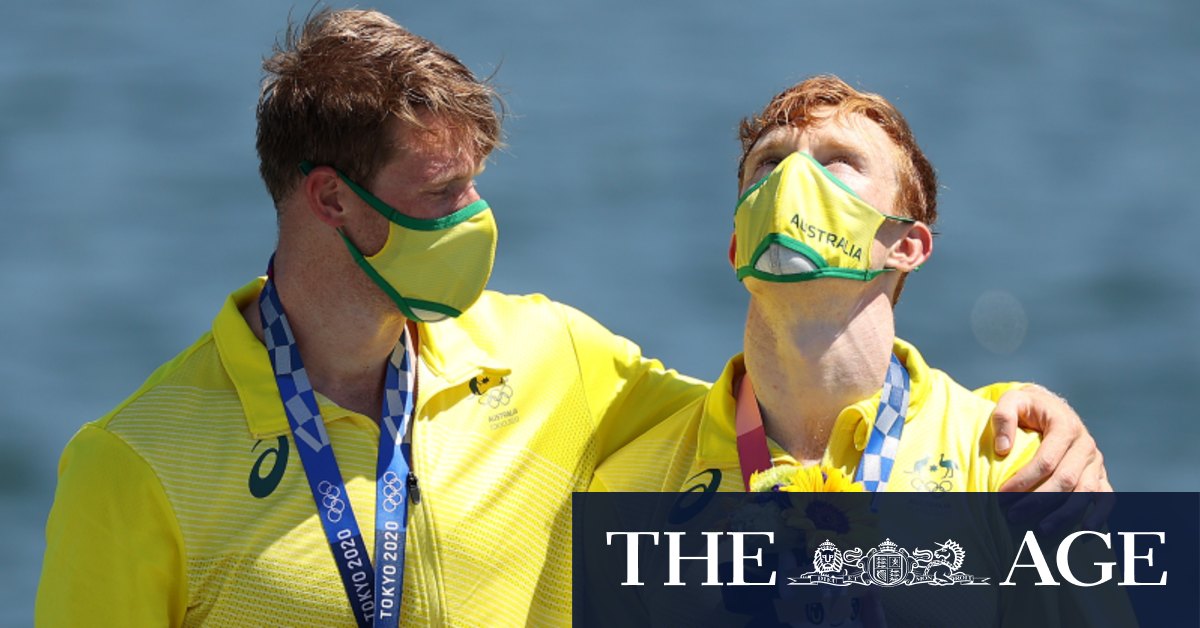 Van der Westhuyzen could have been wearing green and gold of a different shade, having emigrated to the Gold Coast to follow in the footsteps of his idol Murray Stewart, who was born in Durban and won paddling gold in London representing Australia. Van der Westhuyzen needed to study for his citizenship test in 2019 just so he could represent Australia at an Olympics, has juggled his Bond University degree at the same time and couldn’t even make the final of the K1 1000m earlier in the regatta.

Yet his first Olympics culminated in a day he will never forget, and few saw coming.

We had a chat … and we said, ‘hey, let’s just go and have fun, we know what we’re capable of so let’s go and enjoy this experience’

“It’s a world of emotion,” he said. “We were quite relaxed on the start line and I think this whole week we’ve been relatively relaxed. We had a chat [on Wednesday] night and we said, ‘hey, let’s just go and have fun, we know what we’re capable of so let’s go and enjoy this experience’.”

In his final race, having now won an Olympic medal in every boat over 1000m, Hoff and partner Jacob Schopf launched late at the Australians. But the youngsters, with another year of training under their belt, held on, winning in 3:15.28, just 0.304 ahead of the Germans.

“I don’t really know what happened in the race,” Hoff shrugged. “We did one of our best races today and finished second, so that’s absolutely fine. I’m happy for the [Australian] guys.”

Green, too, was deflated with his K1 effort when he finished seventh in the final, after entering it as a medal hope. But in qualifying, he and van der Westhuyzen peeled off an Olympic record which will stand forever, the K2 1000m set to be discontinued in Paris.

“The K1 was a disappointment but it really fuelled us, both of us,” Green said. “We learned a lot from that. Even coming into [Thursday], I was thinking about things I could have done different in between races and I felt that really helped. It was definitely a curve ball, but you learn from them.

“That was our first hit-out together at international level so I guess we are a bit surprised and shocked – and proud. It hasn’t sunk in yet but jeez, when I crossed that line and saw the coaches, it hit me hard. I tried to speak to mum, but I found it really hard. My emotions are all over the joint, I’m so happy.”

Previous Hawks v Pies game out of Tassie, relocated to MCG
Next Hemispheres, and powerbrokers, collide over decision to postpone World Cup